Written by thehitnetwork on November 15, 2021 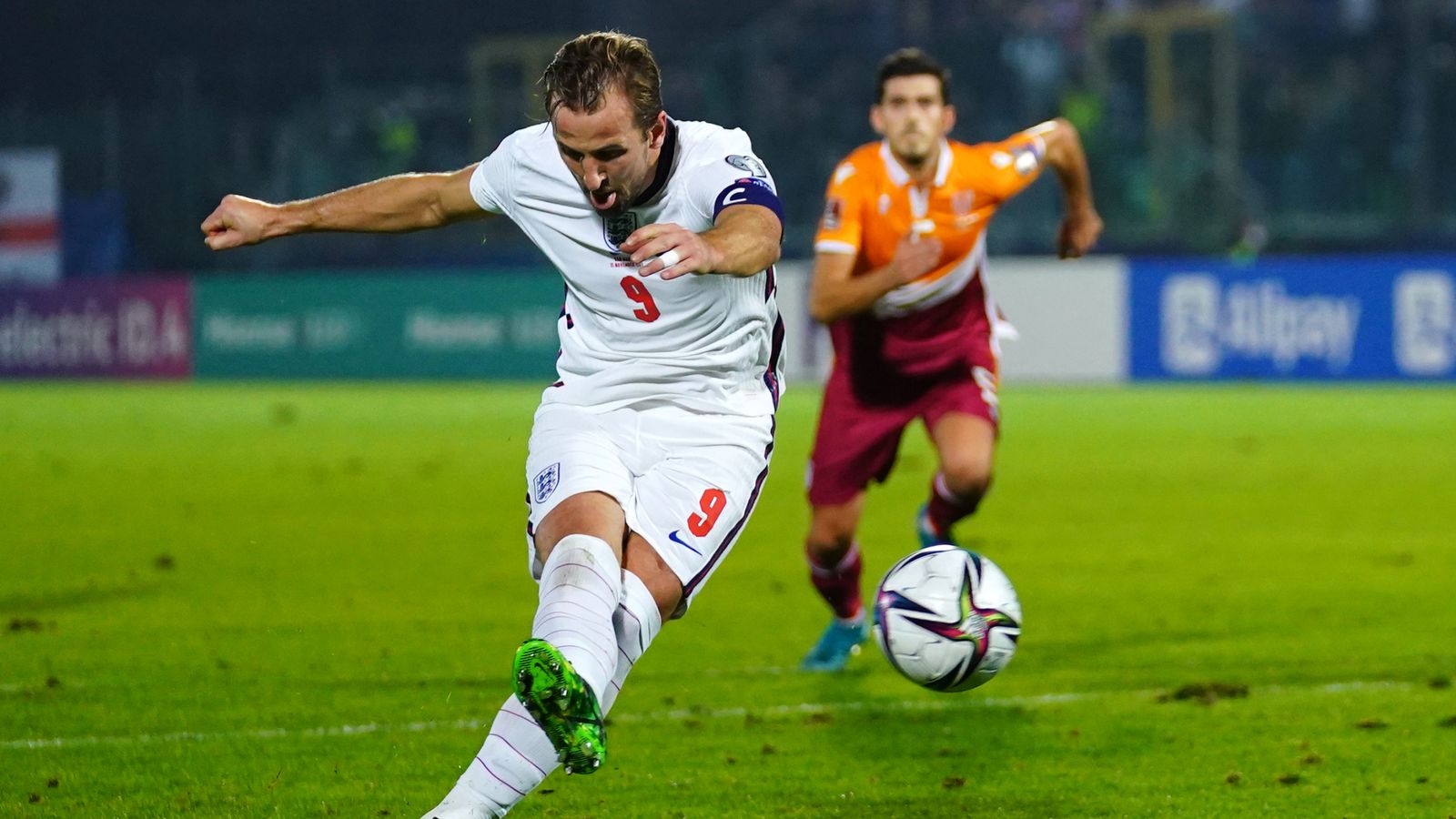 England have qualified for the World Cup after thrashing San Marino 10-0 in their final qualifying group game.

The Three Lions have now secured enough points to seal their place in Qatar next year.

Harry Kane scored four goals before halftime, swelling his England tally to 48 and moving up to third in the nation’s all-time scoring charts.

The striker became the first England player since Ian Wright in 1993 to score four goals in a single game.

Six minutes into the game Harry Maguire scored a header, beginning a game that saw goals from the likes of Bukayo Saka, Tammy Abraham, Emile Smith Rowe and Tyrone Mings.

A strong performance against San Marino seemed inevitable – the team is the world’s worst national team in FIFA rankings and they have lost all of their previous nine group games in qualifying, conceding 36 times and scoring just once.

A tie against Hungary at Wembley last month meant Gareth Southside’s side had to gain four points from their final two games against Albania and San Marino to win the group.

Going into Monday’s game, England were at the top of their group with 23 points, followed by Poland who were in second place with 20 points.

The 2022 World Cup is taking place in Qatar in the winter months rather than the usual summer ones, due to the heat.

The tournament, which consists of 32 teams in eight groups of four, kicks off on Monday 21 November at the Al Bayt stadium in Al Khor with a match that will feature the host country.

The final will be played at the Lusail Stadium in Doha on Sunday 18 December.

Four-time World Cup winners Germany were the first team to guarantee a spot through the qualification process in October as UEFA Group J winners, with Denmark booking their place just one day later.

In November, Brazil – the most successful national team in World Cup history with five trophies – became the fourth team to secure qualification as one of the top four teams in South America’s groups.

‘It felt like a holiday’: Pub-goers freed after days trapped inside Britain’s highest inn