The Covid Christmas Habits We’d Quite Like To Keep, Actually

Written by thehitnetwork on December 4, 2021 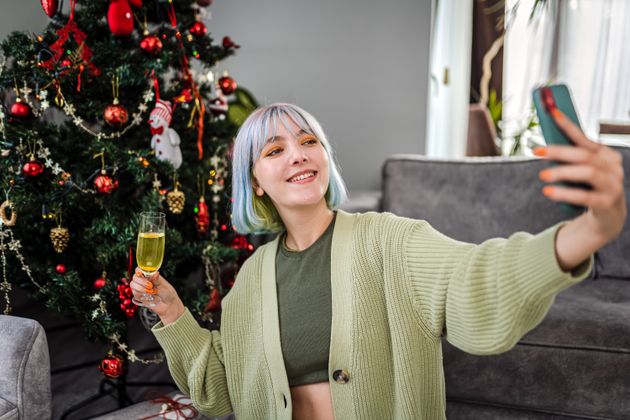 For many of us, Christmas 2020 was pretty challenging. Just days before Christmas (and despite government assurances to the contrary),fresh Covid-19 restrictions were enforced, meaning holiday plans were scrapped or changed at the eleventh hour.

Families weren’t able to gather en masse and we couldn’t meet up with our friends on New Year’s Eve as we normally would. Fridges were either full to bursting with more food than there were guests or empty because we hadn’t planned to be home. Covid cases were high and tensions were rising.

However, for some people, the change in plans actually led to a simpler and more chilled out Christmas. Not everyone sees December 25 itself as a big celebration. Some would rather spend it with a smaller group of people, rather than having everyone over or travelling for hours to be away from home.

And the restrictions allowed them to do that. Additionally, it forced people to create new traditions, some of which we’d actually rather like to keep for this Christmas, whatever shape it takes. Here, readers share a few takeaways.

Rich James 37, a fundraising manager from south London, found last Christmas quite refreshing as he didn’t have to factor anyone else’s needs into arrangements and could focus on creating the day his immediate family wanted.

They usually spend Christmas and Boxing day alternating between his and his partner’s family homes. In 2020, they would have only been able to visit one side of the family, which didn’t seem fair. So they decided to spend Christmas in their home instead, where it was just him, his partner and their three girls.

“A tradition we’re keeping from last Christmas is making a point to get wrapped up and head out for a walk. Especially when freedom to get out was limited, it was the perfect way to break up the deluge of food and tee up a Christmas film over some hot chocolate on our return,” he tells HuffPost UK.

Ravi Davda, the 33-year old CEO of digital marketing agency Rockstar Marketing is someone who also usually spends Christmas either with his family (which is made up of around 40 people) or his wife’s immediate family. But in autumn 2020, between lockdowns, they left the UK and moved to Bulgaria.

”Last September, my wife and I became nomads,” he says. “Our original plan was to go back to see our families for Christmas but this didn’t work out due to Covid restrictions and also us getting Covid at the start of December.

“Initially, I was upset by this. But a couple that we had recently met ended up inviting us to their house for Christmas and we had a traditional Bulgarian Christmas. They celebrate the day before Christmas, which we found different.”

As Davda adds: “On the actual day, we went for a couple of walks by the beach and cooked a meal for ourselves. We also watched Christmas movies and had a few drinks. And of course, called our families over Zoom.”

The Christmas tradition he’s plans to keep is making the most out of whatever situation life throws at you.

“Our plans again are to go to see our families this Christmas, but this is looking less likely as time goes on. We also adopted a dog six months ago so we’re not sure how practical this will be! Whatever happens, we’ll enjoy ourselves.”

At Christmas, Ryan Dobney, 27, a radio producer from West Lancashire, usually drives to Nottingham to be with the rest of his family.

“I thought I’d miss the three hour drive, as usually we sing along to Christmas songs in the car but last year we all stayed together as a family at home.”

It was just him, his mum and his nan – and all the more chilled for it. “That was the first Christmas we spent in our own home in eight or nine years,” he says.

“I was able to go on walks with family, have a long lie in and play games on PS4 with my mates (usually I can’t do this as I’m away). But this year we were able to play and chat which was needed in lockdown. It felt comfortable, not rushed.”

And Dobney is planning on keeping the pace of Christmas 2020 this year. “The fact I didn’t need a rest afterwards showed how relaxed it was,” he says.

More Than Half Omicron Infections In England Are Double Vaccinated