Dan Walker has admitted there was “no way I could compete” with the remaining four Strictly Come Dancing contestants after he was voted out of the competition.

Presenting BBC Breakfast for the first time since his elimination from the dance show on Sunday night, the 44-year-old revealed his body had “given up”.

Dan and his professional partner Nadiya Bychkova missed out on a coveted spot in this week’s semi-final after losing the dance-off to AJ Odudu and Kai Widdrington during Sunday’s results show. 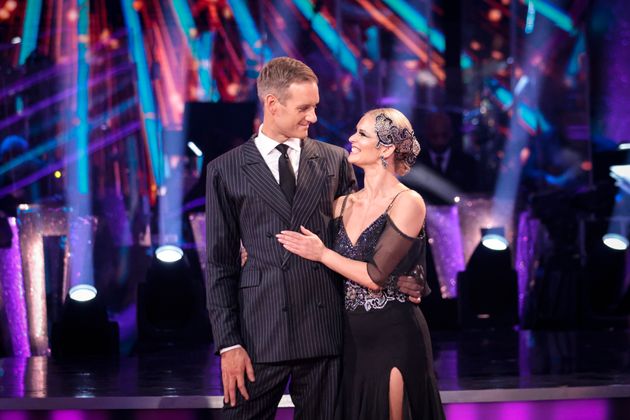 Speaking on Monday’s BBC Breakfast he said: “I think the right people are in the semi-finals, the best four dancers in the competition. My time had come to an end, there’s no way I could compete.

“But to get to the quarter-finals of Strictly having never danced before when I started is amazing and that’s all down to Nadiya, who is just brilliant.”

"I'm just happy that it happened in the first place" 🥺 👏

But he enjoyed 'every second' 🎉 pic.twitter.com/PMM92LxdKT

Dan added that it had been a “privilege” to be part of the much-loved dancing competition, and thanked BBC viewers for the support they gave to him and Nadiya.

“I know there’s some people that get angry every week that we managed to stay in but the overwhelming love and the lovely comments have far outweighed all of that,” he said.

“We get to see people at the very top of their games in sport and in all sorts of areas of life.

“I had no appreciation of how good pro dancers were until I saw it up close and personal and started trying to learn it myself.

“They’re just so good at what they do. I appreciate what dancing is all about now and for many years… (I felt) closed off from that world.”

"To have your eyes opened, enjoy it & have a big smile on your face has been great!" ☺️ 😃

He might have left #Strictly at the weekend but there'll still be time for one last dance for Dan & Nadiya on the last show 🕺💃 pic.twitter.com/OKLhS5Tzc9

The presenter said he had “loved every second” of Strictly but “need(ed) a rest now.”

“My body’s given up,” he said. “It lasted eight weeks – a lot longer than I thought it would – but it’s been great.

“It’s an entertainment programme, isn’t it, and I told Nadiya the first day we started ‘I want you to enjoy this as much as I will and I will love every second of it’, and I have.”

The Strictly Come Dancing semi-final airs on 11 December at 7.05pm, with the results show on 12 December 12 at 7.20pm on BBC One and BBC iPlayer.

Arlene Phillips Is First Contestant Voted Off I’m A Celebrity… Get Me Out Of Here!