Senior civil servants were left speechless after being confronted about a letter suggesting Boris Johnson was aware of a decision to aid the evacuation of dogs from Afghanistan – raising questions about a Downing Street denial.

On Tuesday, No10 said “at no point” did the PM intervene in the rescue of animals as the country fell to the Taliban – and the allegation was “entirely untrue” – despite claims from a whistleblower.

But during a bruising parliamentary session, two senior mandarins were questioned about a letter reportedly from Johnson’s former parliamentary aide in relation to the evacuation from Afghanistan of former Royal Marine Paul “Pen” Farthing, his charity workers and animals in their shelter.

The letter from Conservative MP Trudy Harrison, who was then parliamentary private secretary (PPS) to Johnson, has surfaced where on August 25, 2020, she informs Farthing that he and his staff – amounting to 68 people – “would be provided a flight by the Royal Air Force as part of the evacuation programme”.

Labour MP Chris Bryant said he had been sent a copy of the letter as he read out sections at a hearing of the Commons foreign affairs committee.

“The prime minister’s fingerprints are all over this, aren’t they?,” Bryant said. “Well, I’m hesitant to use the word cover-up but that’s what it feels like.”

After an incredibly long pause, the Foreign Office’s permanent-under secretary Sir Philip Barton responded: “I wasn’t aware of any letter.”

At the foreign affairs committee hearing on the Afghan crisis an excruciating exchange has taken place between Chris Bryant, Philip Barton & Lawrie Bristow on how involved the PM was in the decision to facilitate the evacuation of Pen Farthing and his pets pic.twitter.com/6h6Q4KcZfM

Asked by Bryant why the letter did not “equate” with what they had been told earlier during Tuesday’s hearing, Sir Philip replied: “We’ve set out in good faith our understanding of the position.

“I’m not aware of the message you are talking about. I’m very happy to look at it. We have not set out this afternoon to mislead you.”

Former Royal Marine Farthing, who ran the Nowzad shelter, launched a high-profile campaign to get his staff and animals out of Afghanistan after the fall of Kabul, using a plane funded through donations.

The UK government sponsored clearance for the charter flight, leading to allegations that animals had been prioritised over people in the rescue effort.

And Raphael Marshall, who worked for the Foreign Office at the time, claimed that the animals were evacuated following a direct instruction from Johnson.

But campaigner Dominic Dyer insisted he had called on the PM and his wife for help.

Speaking to the BBC, Dyer, a wildlife campaigner who supported Nowzad on a voluntary basis, said: “I forced the prime minister’s arm, I think all of us behind this campaign did.”

It has previously been alleged that Carrie Johnson, the prime minister’s wife, also intervened to ensure the animals were transported to the UK.

Downing Street also insisted that giving clearance for a charter flight to rescue animals from Afghanistan “in no way distracted” from the government’s commitment to evacuate people from the country.

At the select committee hearing on Tuesday, Conservative MP Bob Seely asked whether there was a “ministerial instruction, or a instruction from on high” in order to prioritise animals over “Afghans who would have served with us”.

Sir Philip replied: “There was no prioritisation of animals over people.”

Nigel Casey, the prime minister’s special representative for Afghanistan, said: “There was clearly a ministerial-level decision to help by, in the narrow sense, agreeing that the UK military would facilitate the landing and departure of the charter aircraft, which Pen Farthing’s organisation had chartered.”

Casey added: “What needed to be done, to secure flight clearance for Pen Farthing’s aircraft, which was done I believe at the direction of the Defence Secretary – quite properly, because it was the military who were running the evacuation operation and had to execute that.” 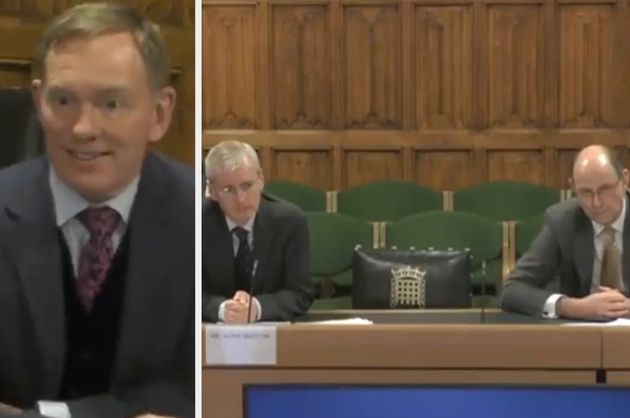