Are The Polls Changing? Labour Opens Up Eight-Point Lead Over Tories As Other Surveys Echo Shift 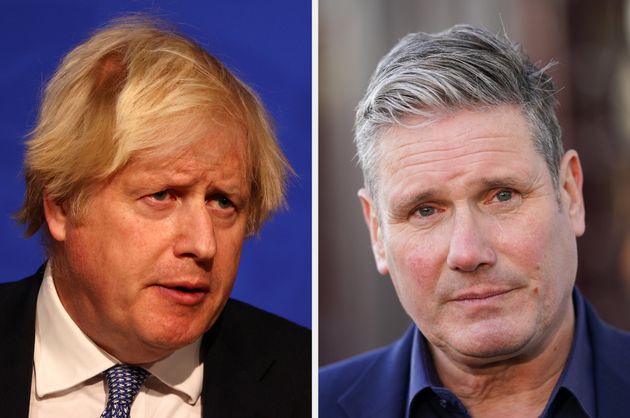 At the end of a week marked by anger over Christmas parties during last year’s lockdown, and compounded by new lockdown restrictions, a survey from Focaldata for Times Radio on Friday has Labour with an eight-point lead over the Tories.

The gap – 41% to 33% – is Keir Starmer’s party’s biggest lead since May 2019, and the biggest Labour advantage since Johnson became PM.

Focaldata tweeted: “It’s the story about government staff parties that seems to be killing Johnson. The issue has had huge cut-through (only 4% have heard nothing about it), and it really matters to people.”

Conservatives down 4 points vs. an internal poll we ran exactly one week ago (2-3 Dec)

It comes a day after a survey conducted by Survation for the Daily Mirror gave Labour a six-point lead. Labour was on 40% and the Conservatives down to 34%.

Again, it was Labour’s biggest poll lead since the start of the Johnson premiership. Theresa May and Jeremy Corbyn were the leaders of the two biggest parties the last time Labour hit 40%.

NEW: Polling for @MirrorPolitics has Labour lead up to 6 points.

The research could alarm Conservative backbenchers – already angry at the new Omicron-fuelled rules – given Johnson’s apparent ability to brush off previous scandals with barely a dent to the party’s popularity.

Other polling also suggested Johnson’s popularity has dropped to an all-time low amid the recent turmoil.

A YouGov poll conducted over Wednesday and Thursday said the prime minister’s net favourability rating has fallen 11 points in a month to -42%.

A separate YouGov poll for the Times suggested the Tories had dropped to their worst rating in nearly a year, with Labour given a four-point lead.

While Johnson has been savaged on the front page of most newspapers in recent weeks, there has been little to suggest the public’s view has changed – what journalists and commentators call “cut through”.

This week has seen the probe into alleged Covid rule-busting parties in government widened to include another festive celebration and a reported staff leaving do, and the PM is facing questions over whether he misled an investigation into donations for refurbishments to his Downing Street flat after a watchdog fined the Tories £17,800.

The latest rows come hard on the heels of weeks of claims over “Tory sleaze”, including “favouritism” in the award of £17bn in Covid contracts and Conservative attempts to avoid a 30-day suspension for Conservative MP Owen Paterson, and the subsequent fall-out over second jobs.