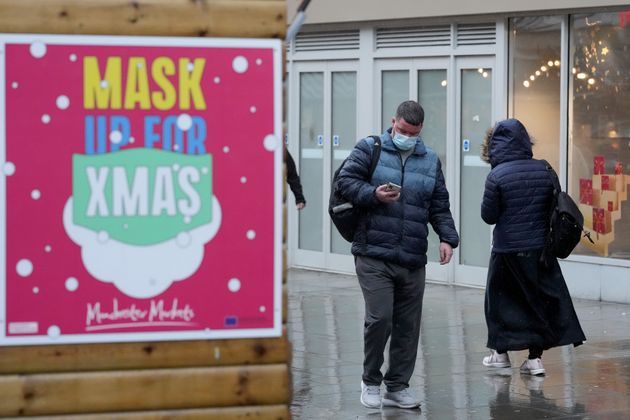 An emergency Cobra meeting will take place this afternoon to discuss the pandemic and spread of the Omicron variant.

It is expected to take place mid-afternoon and comes amid warnings from the government’s scientific advisers that Omicron could trigger the biggest wave yet.

The UK Health Security Agency identified a further 249 Omicron cases on Thursday, almost twice the number announced the day before, bringing the UK total to 817.

Asked why Gove was holding a Cobra now after initially rejecting Nicola Sturgeon’s request for a meeting last week, the spokesman said they thought it was a “sensible time” given the ongoing situation with Omicron.

He said the variant had some “significantly concerning characteristics” and added: “We are confident that it spreads much faster than Delta and there is growing evidence of vaccine escape, which is of concern and potentially means that we are going to see increasing hospitalisation rates and sadly deaths.

“We are taking action early to slow the growth of this variant.”

It comes as the government’s fresh covid measures came into force in England today, with masks mandatory in cinemas, theatres, museums and churches.

Health secretary Sajid Javid has warned that the number of UK Omicron infections could hit one million by the end of the month and insisted the new measures are necessary to “build our collective defences”.

Friday’s measures come ahead of a return to working from home on Monday and mandatory Covid passports for large venues from Wednesday as part of the government’s “Plan B”.

However, the tougher measures have sparked anger from Conservative MPs and fuelled allegations that the restrictions were introduced as an attempt to distract from the prime minister’s troubles over an alleged staff party in Downing Street during last December’s lockdown.

Meanwhile, some reports suggest that care homes could be slapped with fresh restrictions in the run up to Christmas and masks made compulsory in pubs and restaurants under a tougher ‘Plan C’ being considered by ministers.

The Daily Telegraph cited an anonymous government source saying it was “very likely” social care visitors will be limited to only three designated people.

Separately, Public Health Scotland urged people to cancel their Christmas parties, in a bid to slow the spread of the latest coronavirus variant.

However, the message contradicts Boris Johnson’s suggestion that parties in England should still go ahead despite a call for to work from home.

Sturgeon also warned today of a potential “tsunami” of infections as the Omicron cases rise rapidly north of the border.

The Party’s Over: Downing Street Cancels This Year’s Christmas Gathering

Omicron In Schools: A Parent’s Guide To The Variant