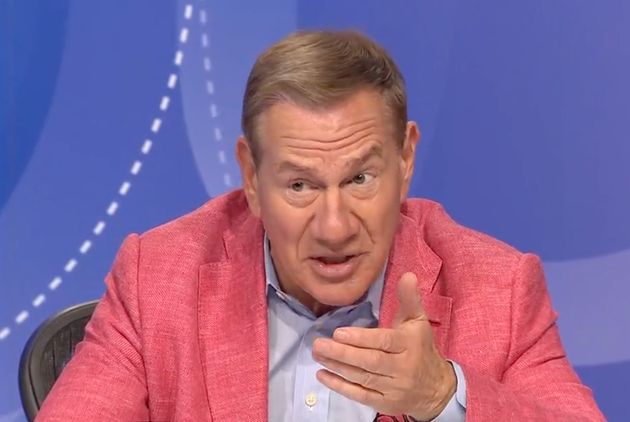 Speaking on BBC Question Time, he queried why the government had really implemented tighter measures – such as more face mask mandates and working from home guidance – before the UK’s rules were expected to be reviewed.

Portillo, who was defence secretary under former Tory prime minister John Major in the 90s, said: ″I think the package of measures is preposterous.”

He continued: “They’re wholly inconsistent, no one could possibly believe they would be effective.

“The fact they were introduced yesterday suggests they were part of a diversionary tactic.”

Downing Street has certainly been in the spotlight over the last week due to allegations that No.10 held a Christmas party on December 18, 2020 when London was in tier 3 restrictions.

This means indoor gatherings with people outside of your bubble would have been against Covid rules.

Ministers have repeatedly stated that all Covid guidance would have been followed while denying that a party even took place, but an intense public outcry has led Boris Johnson to promise to hold an inquiry.

Portillo also pointed out that the new Plan B measures, introduced as the new Covid variant Omicron sweeps across the UK, were brought in much earlier than previously planned.

“There was no reason, given what was happening in Britain, to bring in these restrictions…”

Broadcaster Michael Portillo calls the Plan B measures put in place “preposterous” given their inconsistency. #bbcqtpic.twitter.com/8WJack8XI2

“The government had said they wouldn’t introduce any new measures until they could see there was some effect on hospitalisations from the new variant,” he said.

“There has not been such an effect.

“So there was no reason given what was happening in Britain to bring in restrictions.

Plan B has been widely criticised for sending out a mixed message – people have been discouraged from going to work, but told to go ahead with socialising.

The prime minister also introduced some new rules on November 28 around mandatory mask-wearing and travel restrictions, but promised he would not change these for three weeks.

And Just Like That… Shock Twist Sparks Response From Peloton