Teaching Yoga As A Woman Of Colour: ‘I Couldn’t Use Sanskrit Or Say Namaste’

Written by thehitnetwork on December 11, 2021 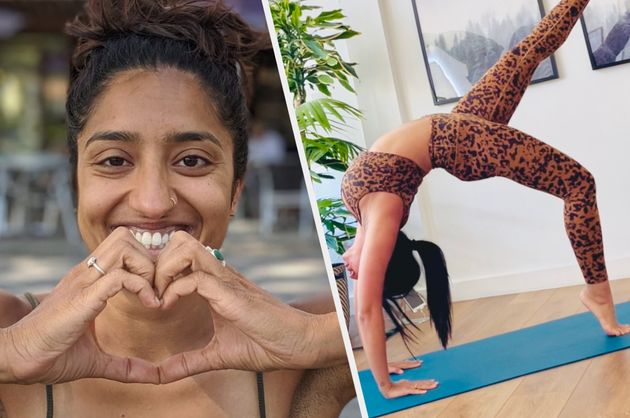 Downward dog, child’s pose, warriors 1, 2 and 3, these are all yoga poses we have come to love and recognise quite easily.

But behind each Anglicised name is the original Sanskrit term, which we are less likely to know off the top of our heads.

Yoga originated in India thousands of years ago and has since travelled around the world and become extremely popular in Western and European countries.

But yoga teacher Puravi Joshi, 34, says some of her experiences finding work as a British Indian instructor have been “demoralising” and “dehumanising”.

Back in September she was warned by an east London yoga studio she applied to teach at that she wouldn’t be “allowed” to use Sanskrit in her practices.

“It made me feel really uncomfortable in my own skin.”

Research by the British Medical Journal, which surveyed around 2,500 yoga professionals, shows that 91% of teachers and practitioners in the UK are white.

The studio have since apologised on their social media channels but not to Joshi herself.

Joshi used to work in banking and decided to make the career change in 2017.

“When I was in banking, I wasn’t known as the Indian banker. All of a sudden I’m the Indian yoga teacher and you cannot take away from that.”

Now, she mostly works for schools and nurseries teaching yoga for mental health and mindfulness. 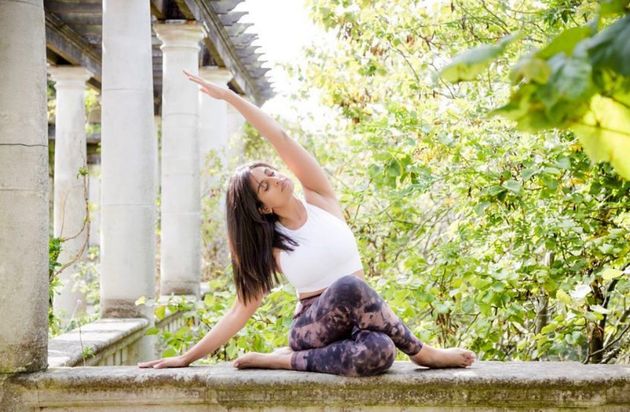 Joshi stays clear of branded yoga studios because, in her words, she “doesn’t fit the mould”. She’s also been told in the past that she doesn’t match the “aesthetic” or “vibe” of a place. “I’m not good enough for them but they’re good enough to steal from me [and my culture].”

She believes there “is an element of whitewashing” when it comes to yoga, especially on platforms like Instagram, and says her experiences are an example of “cultural appropriation”.

“Yoga is really inherent in so many Indian people’s lives. It’s part of what we do, it’s inherent in our bones and our blood. You can’t take that away from those people that live and breathe it.”

Jilna Shah, 34, whose been teaching yoga for eight years, “consciously” decides to keep away from working in big studios for similar reasons to Joshi.

“There’s a lot of bypassing of issues of power and privilege. People don’t tend to look at who’s not in the room and why,” she says.

“It’s not just about coming and having a lovely experience for an hour on your yoga mat. I try and get people to see that even how we practice together and how we decide to use our funds and support each other is part of the practice because yoga never was just about feeling good.” 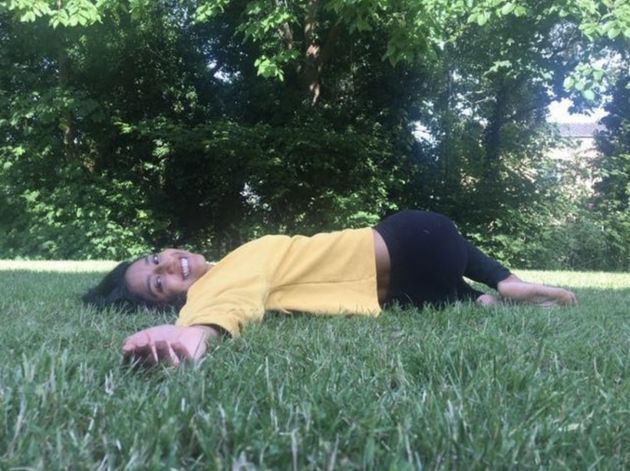 Shah believes the “whitewashing” of yoga happens “very early on” from when people start their training.

“When I did my yoga teacher training, I was the only person of colour on the course.

“The texts and things we studied, given yoga’s origins, we [South Asians] were just not represented. What’s not in the syllabus are things like issues of race, power privilege, intersectionality, this stuff just doesn’t come up.”

Like Joshi, Shah has decided to focus her work in community spaces to make yoga as accessible as possible.

“I’m not looking to white institutions to get better. I’m looking for where teachers of colour can support each other and run our own thing.”

She runs classes for people with disabilities, chronic illnesses, going through the immigration process, and refugee youth groups.

Shah works on a “sliding scale” offering different rates based on what people can afford including an option for those who are wealthier to sponsor a class for someone else.

But she says her way or working hasn’t always been well-received. When she first started out she received backlash for holding a class specifically for women of colour.

“Someone called it segregation and likened it to apartheid South Africa because there was a space that they couldn’t come to.”

“It’s not just about programming a Black teacher. Why do we not have Black and people of colour owning studios and spaces? Actually handing over platforms and space and studios would be the most effective thing to do. We don’t need people gatekeeping.”

Both Shah and Joshi want to see representation in yoga go beyond colour of skin.

“You could get lots of middle class able-bodied South Asian women in a yoga class,” says Shah. “That’s still not the diversity and inclusion that I’d be looking for. We need to work harder and look a lot more deeply at who we are accessing.”

“When I look at diversity and inclusivity,“says Joshi, “I genuinely mean bring everyone on to the stage no matter what your skin colour, your religion, your shape.” 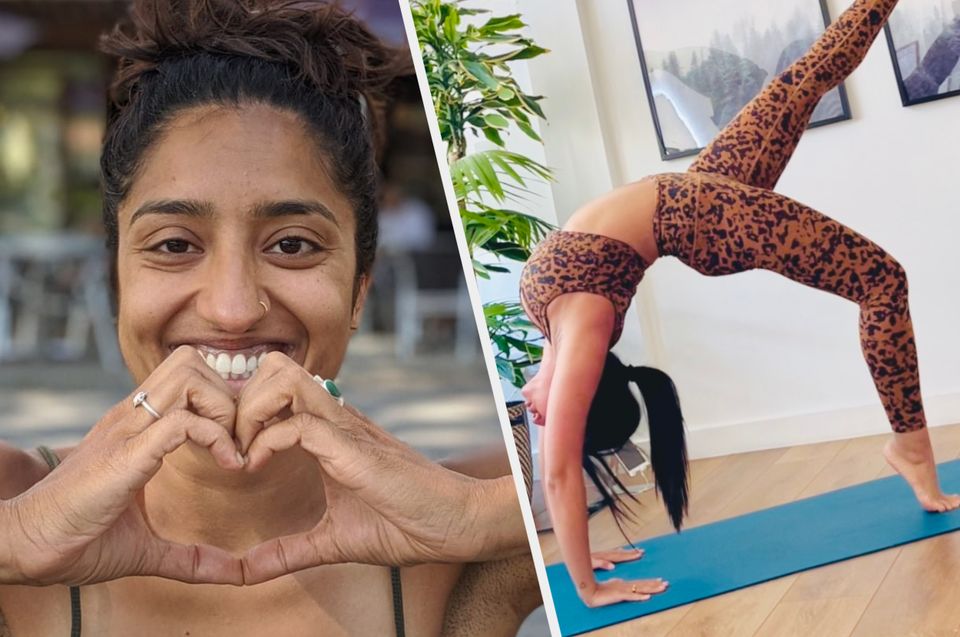 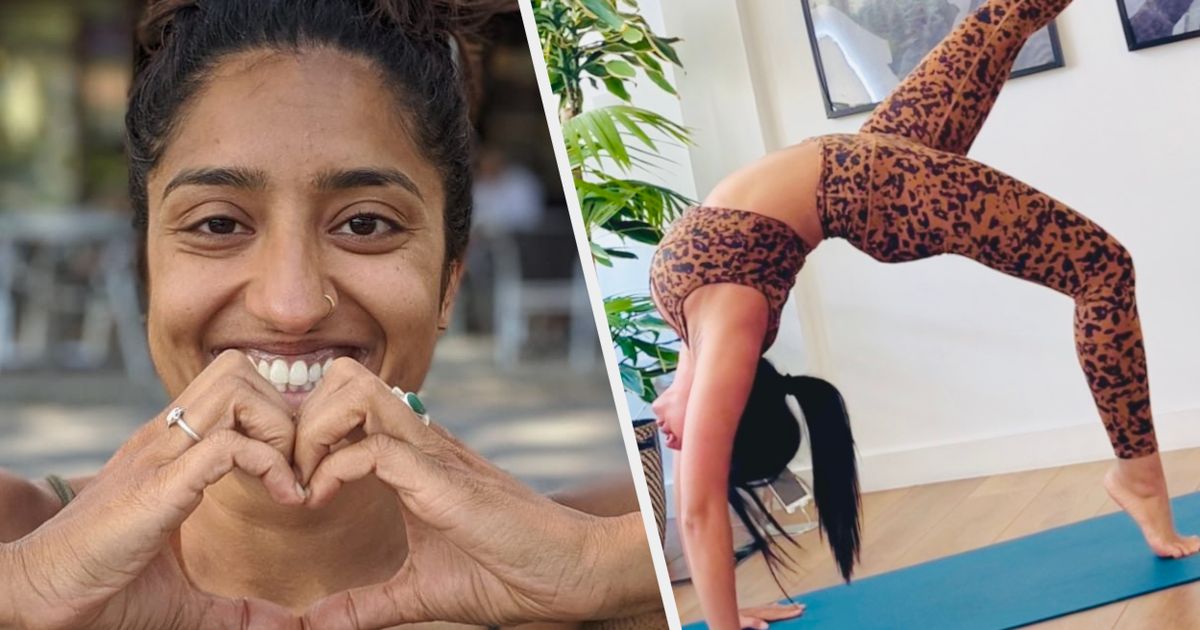 Omicron Could Be Dominant Strain In UK By Mid-December, Experts Warn