Written by thehitnetwork on December 12, 2021 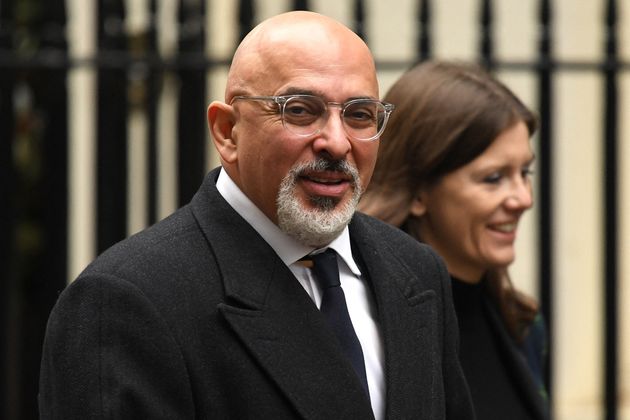 The former vaccines minister came out swinging for the prime minister after images emerged of him sitting beside two colleagues in Downing Street last year.

The images top off a difficult week for the prime minister following the emergence of leaked video footage showing Downing Street staff joking about holding a Christmas party on December 18 last year when London was in Tier 3 restrictions and social mixing was banned.

But Zahawi insisted that the latest party, the No.10 Christmas quiz that reportedly took place on December 15 2020, broke no rules and hit out at media “hype” around the issue.

“What do we see in that picture? We see a prime minister on a virtual quiz night for 10 to 15 minutes to thank his staff who, by the way, had no choice but to come in every single day,” Zahawi told Trevor Phillips on Sky News.

“Sitting in his office with the two people who are working closest with him — no alcohol on the table, not drinking, on a zoom call or a teams call and virtual call respecting the lockdown rules.

“Many people would have had similar quiz night around the country.”

Phillips interjected: “If I had done it, I would be in monster trouble.”

Zahawi hit back at Phillips by saying it was a virtual quiz — but the presenter said: “He was sitting next to two people!”

Zahawi added: “In many ways I’ve had emails from from constituents because the hype around parties that was going on in the last week and the week before made it sound completely different.

The latest party is separate to the event on December 18 that generated headlines and forced the resignation of Johnson’s former press secretary Allegra Stratton.

The December 18 gathering is now the subject of an investigation by Cabinet Secretary Simon Case.

But according to the Mirror, which broke the story, staff gathered round computers and enjoyed alcohol and beer from the local Tesco in December 15, when London was under Tier 2 regulations which banned any social mixing between households.

Official guidance at the time also banned work Christmas parties and lunches where “that is a primarily social activity and is not otherwise permitted by the rules in your tier”.

I’m A Celebrity Final Will See Frankie Bridge, Simon Gregson And Danny Miller Battle It Out For The Crown