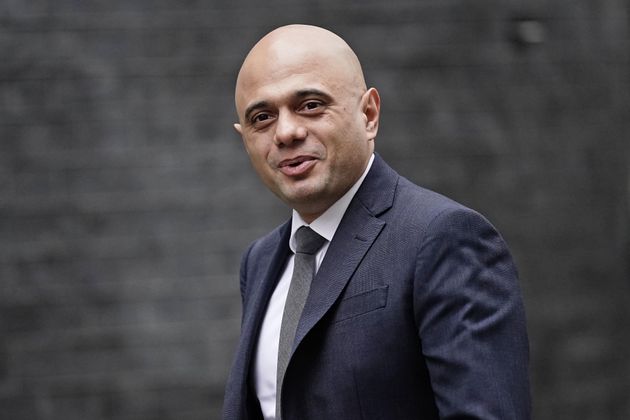 Sajid Javid refused to deny that schools might be closed as the UK battles to fight off the Omicron variant.

Speaking on Monday, the health secretary told LBC “nobody wants to go back” to the restrictive measures the UK has experienced throughout the pandemic.

When asked if the closure of schools can therefore be ruled out, Javid said: “I don’t want to see that or any of these kinds of measures, I’m just going to focus on everything else we need to be doing, especially the booster.

“If you’re asking me for guarantees – I’m the health secretary of course, not the education secretary – when it comes to our fight against the pandemic, there are no guarantees.”

The surge in cases has seen the government introduce ‘Plan B’ – meaning people work from home where they can, mandatory face masks rules are back in place and overseas travel restrictions have returned.

Fears over the Omicron variant have also pushed prime minister Boris Johnson to announce on Sunday that all adults in the UK will be offered a booster jab by the end of December.

However, this is expected to have an intense knock-on effect for the already-stretched NHS.

'In the fight against this pandemic, there are no guarantees…'

Health Secretary Sajid Javid refuses to rule out closing schools as part of efforts to combat the Omicron variant.@NickFerrariLBCpic.twitter.com/h0DZ3B19l5

He told Radio 4′s Today programme that face-to-face appointments for the next two to three weeks will be on the back burner as the booster programme is the priority.

Asked about how this could impact cancer treatment, Javid said that referrals will be “completely unaffected” because they are urgent cases.

He assured the public that anyone with symptoms of cancer will still be able to be seen in two weeks.

But Javid then said: “Anyone who has got some elective surgery planned, for example, that can be postponed until the new year.

“That might mean a knee operation or a hip operation, something that sadly someone has probably been waiting for a long time in any case, but the hospital concerned would have the right to postpone it if it meant they could get a lot more booster jabs done.”

He added: “These decisions are not easy, but at any one time there is only limited capacity in the NHS.”

Today programme’s Justin Webb said: “This will lead to people dying, won’t it, from conditions they wouldn’t otherwise have died from, it’s as simple as that.”

He added: “This is going to lead to real harm isn’t it?”

“What will lead to real harm is if we don’t do this,” Javid argued. “These are all health decisions.”