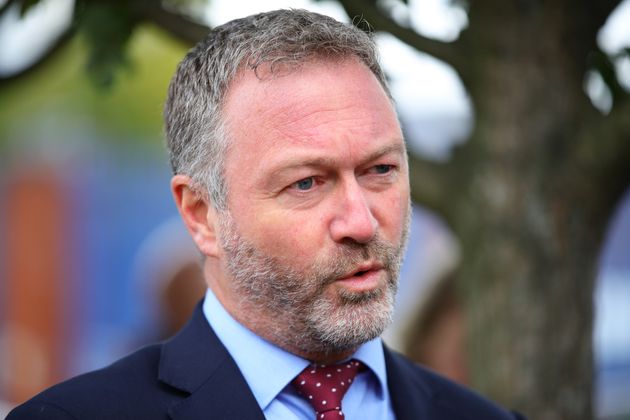 Labour has branded the government’s proposed overhaul of the Human Rights Act (HRA) a “dead cat distraction tactic” from failures in the UK’s own criminal justice system.

Shadow justice secretary Steve Reed claimed the government was “wheeling out” the proposals to divert attention away from allegations of sleaze and hypocrisy over Downing Street Christmas parties last year.

The government today launched its consultation to replace the HRA with a Bill of Rights it claimed would inject “common sense” and “restore confidence” in the legal system.

The HRA was first introduced under Tony Blair and enshrines basic standards of how people should be treated in the public sphere, including the right to a fair trial and protections against discrimination.

The wording of the act derives from the European Convention of Human Rights that most European nations agreed to at the end of the Second World War.

The convention is enforced by the European Court of Human Rights in Strasbourg on which British judges sit alongside European judges.

Critics of the HRA have claimed it is abused by some criminals to avoid punishment and that it makes UK law subservient to European law — a claim that is disputed.

Raab told MPs that the proposals would address concerns that the HRA had been “subject to abuse” and had allowed “spurious or unmeritorious claims”.

He said the plans would make it harder to foreign criminals to rely on article 8 of the act — the right to family life — to resist deportation.

“Our proposals for a UK-wide Bill of Rights will strengthen our freedoms, reflect our legal traditions, curtail those abuses of the system, reinforce the separation of powers between the judicial and legislative branches, and respect the democratic authority of this House, which, as so often in our history, has been a bulwark and a protector of our freedoms,” he said.

Raab said Article 8 claims made up “around 70%” of all successful human rights challenges by foreign national offenders against deportation orders.

“Our proposals would enable us to legislate to curtail that abuse of the system,” he added.

But Reed claimed the reforms were being used to divert attention away from problems within the UK justice system such as record-low prosecution rates for rape and record backlogs, which have grown over the course of the coronavirus pandemic.

“Every time the government’s in trouble politically they wheel out reforming the Human Rights Act,” he told the Commons.

“It’s a dead cat distraction tactic by a government that doesn’t know how to fix the criminal justice system that they’ve broken and is desperate to divert attention away from the corruption scandals they started.

“This is little more than an attempt to wage culture wars because they’ve surrendered from waging war on crime and corruption.”

He added: “If the secretary of state really wanted to restore confidence in the system his priority would be sorting that out, but instead he’s choosing to fiddle with the Human Rights Act, instead of stretching every muscle and sinew to make sure that rapists and violent offenders are banged up behind bars where they belong.”

“The secretary of state has become so over-excited by his own empty rhetoric, he’s missed warnings from senior figures in the intelligence services telling him his reforms could actually make it harder to deport foreign criminals, including terrorists,” he said.

“They warn that if the government goes too far in raising the evidence threshold a person must prove to claim that deportation would disrupt their family life, they could affect the ability of MI5 and MI6 to provide evidence in secret to the relevant courts and lead to more cases going directly to the European Court where evidence cannot be submitted in secret.”

12 Ways Of Staying Covid-Free Before Christmas