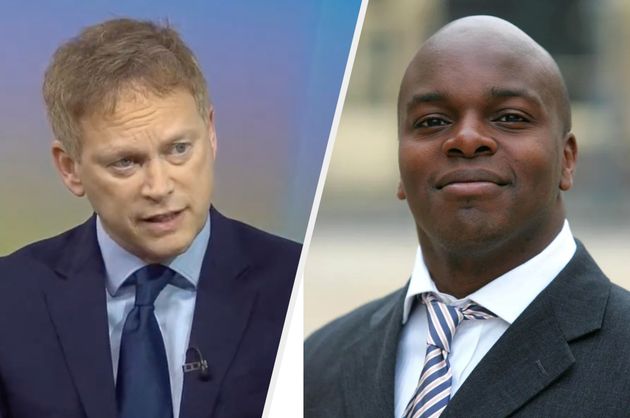 A Cabinet minister slammed his Conservative colleagues today after it was revealed they held a “disgraceful” Christmas party during lockdown.

The transport secretary made the comments after the Mirror published a photo showing Bailey, a Tory donor and two dozen people posing next to one another alongside platters of food last December.

It had previously been reported that revellers drank alcohol and danced at the event held in the basement of Tory party headquarters. At the time there was a ban on indoor mixing between households in London.

Bailey last night resigned as chairman of the London Assembly’s policing committee after the photo emerged.

Asked if Bailey did the right thing by stepping down, Shapps told Sky News: “Absolutely right thing to resign but the wrong thing to have held a party.

“This is something that was organised by I guess his London campaign team.

“I see in that picture apparently four Conservative party workers who were on secondment where disciplinary action has already been taken and to answer your question it’s disgraceful to have a party like that and break the rules, that’s unacceptable.”

Shapps later added that it was “not socially distanced, absolutely unacceptable and disgraceful.”

After the event, during which a door was damaged, four of Bailey’s campaign staff were disciplined by Conservative campaign HQ.

The photograph showed 24 people crowded together including some wearing paper hats and one sporting a House of Commons Christmas jumper.

Bailey’s team organised the gathering on December 14 when London was under Tier 2 restrictions.

A campaign spokesperson said the event was to thank campaign staff for their efforts over the course of they year, adding: “This was a serious error of judgement and we fully accept that gathering like this as that time was wrong and apologise unreservedly”.

Billionaire Tory donor Nick Candy is also pictured in the scene. A spokesperson for him told the Mirror: “He gave a short thank you speech to the team and spent some time with Shaun Bailey to discuss campaign matters before leaving shortly afterwards.”

It comes after a number of reports about parties held in government offices during lockdown last year.

Boris Johnson announced last week that cabinet secretary Simon Case would lead an inquiry into a video of a mock press conference in which government spokeswoman Allegra Stratton joked with fellow staffers about a party held at 10 Downing Street in breach of regulations. Stratton apologised and resigned over the video.

wearing paper hats while one is sporting a House of Commons Christmas jumper.