Katie Price Speaks Out After Avoiding Jail In Drink-Driving Case: ‘It’s Been A Really Difficult Time’ 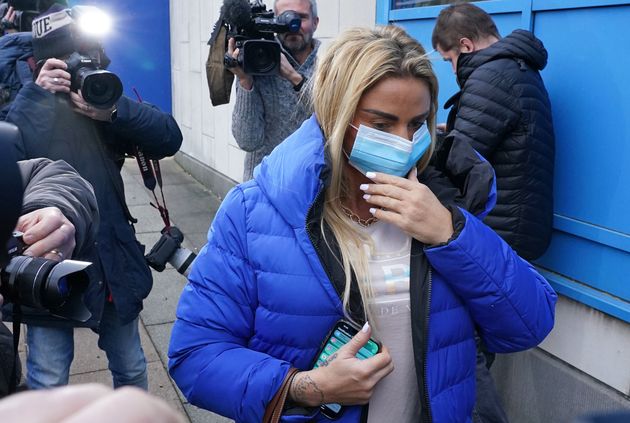 Katie Price has said she is “incredibly sorry” for her actions after avoiding a prison sentence for drink-driving.

The reality star was handed a 16-week suspended sentence on Wednesday after a car crash near her home earlier this year, which happened when she was banned from driving and did not have insurance.

District Judge Amanda Kelly at Crawley Magistrates’ Court said she was unable to send Katie to prison because she had complied with the requirements of the court, including attending a rehabilitation centre and not committing further offences.

However, she added that Katie did “deserve” to “spend Christmas behind bars”.

Following her court appearance, Katie posted a statement on her Instagram story on Thursday, where she said she was “sincerely grateful nobody was hurt”.

She said: “It’s been a really difficult time and I’m incredibly sorry for my actions – I’m sincerely grateful nobody was hurt – I realise the damage my actions could have caused not only to another family, but to my own as well.

“I’m now spending time getting better — mental health is a hidden illness and can strike at any time.

“The triggers that cause my anxiety and behaviour are something I’m trying to understand, come to terms with, and learn to control moving forward.

“This will be a long process for myself and something I’ll continue to work on for the rest of my life. It’s also something I can work on with my family so we can progress on a new chapter together.” 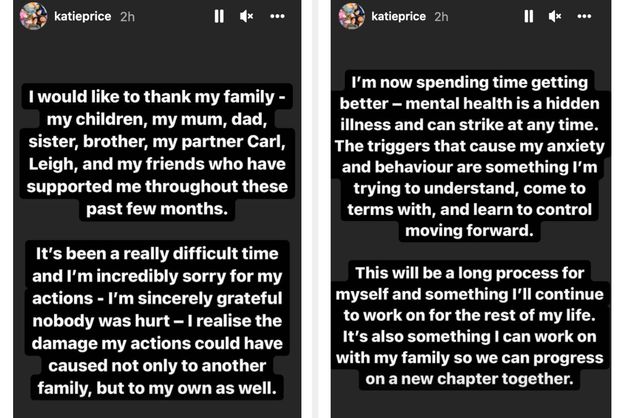 She added: “Thank you for all the messages of goodwill that I’ve received. I’m going to surround myself with my loving family and friends and continue doing the work I love as it brings me enjoyment and helps my mental health.”

It was previously revealed that police are considering an appeal against the sentence given to Katie.

Superintendent James Collis, head of roads policing for Sussex Police and Surrey Police, said officers are looking at whether it could be subject to appeal.

He said the sentencing, “as the judge explained, could have and should have been much worse and, in our view, Price is extremely lucky not to be spending Christmas behind bars”.

“Given the circumstances and her history of motoring offences, it’s clear she did not consider the risk of her actions to the wider public or the implications for her own family,” he added.

“We are now exploring whether we can appeal this sentence.” 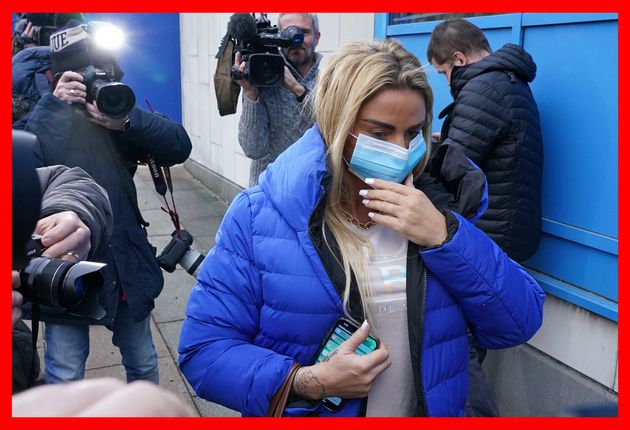 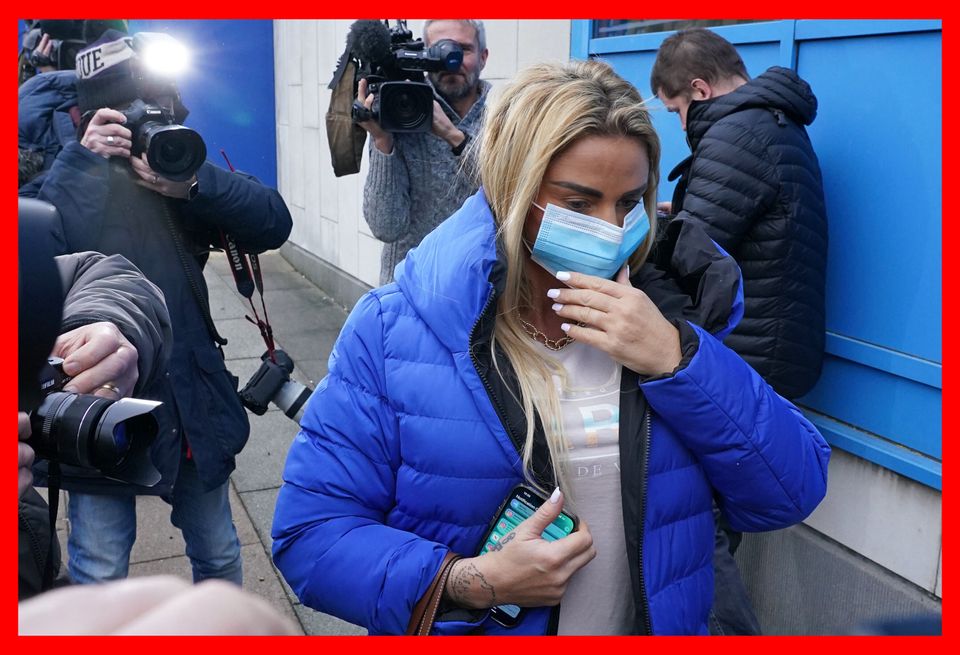