Written by thehitnetwork on December 18, 2021

This is the time of year when TV networks start chucking a load of tinsel around everything, with the schedules being dominated by new Christmas specials and nostalgic festive favourites.

But what about those of us who aren’t really feeling in the festive spirit, but still fancy enjoying a bit of telly during our December downtime?

Well, we’ve scoured the TV schedules and found the best new shows and films – plus some old favourites being repeated over the Christmas period – that you don’t need to be in the festive mood… 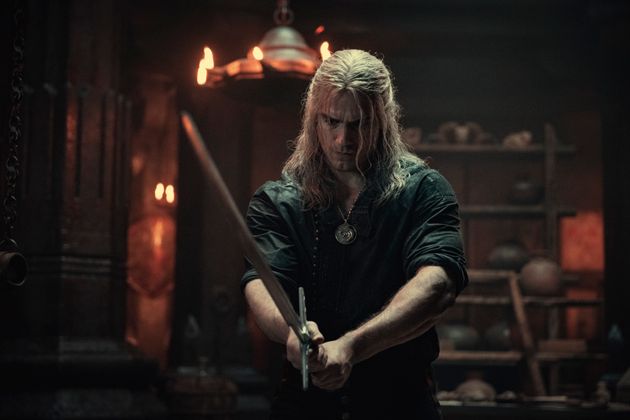 Two years after the first season of this fantasy drama proved a hit with millions of Netflix subscribers all over the world, the follow-up is finally upon us.

Once again, Henry Cavill takes the lead in The Witcher, based on the novel and video game series of the same name. And there’s still time to delve into the first series before you hit play on season two, which we’d recommend doing for that hot tub scene alone. 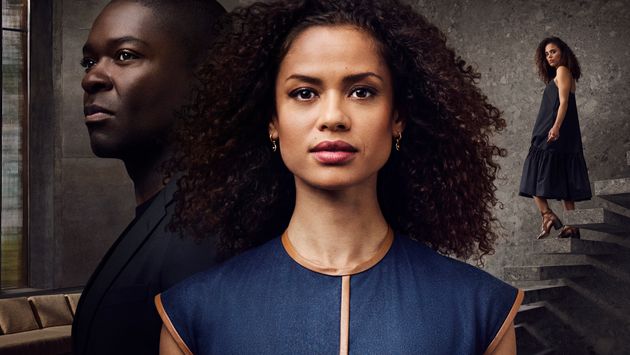 Fans of gripping, soap-y British dramas are going to love The Girl Before, which boasts an impressive cast of David Oyelowo and Gugu Mbatha-Raw in its lead roles. Already traumatised from a previous incident, a woman falls in love with a minimalist house she starts renting, though she soon unearths some dark secrets about its past. Sounds juicy, right? 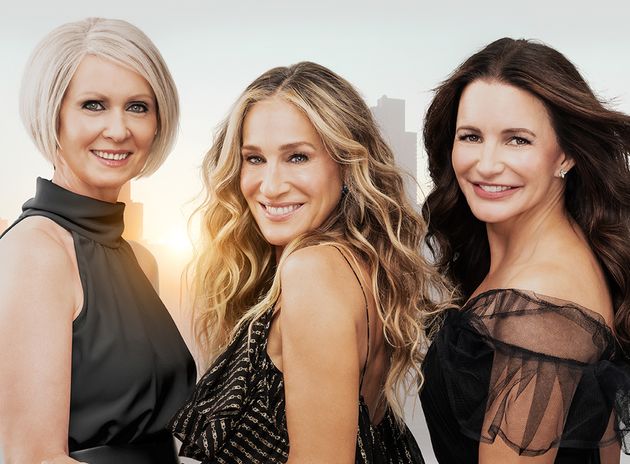 More than a decade after the… hmmm… let’s say “divisive” events of Sex And The City 2, Carrie and the girls (minus one) are back in an all new show so far removed from Sex And The City in its tone and themes that it’s been given a whole new name.

While it may be venturing into whole new territory and introducing us to new characters, And Just Like That… still has the heart that made Sex And The City a global phenomenon back in the late 1990s. Get ready for laughs, drama and a lot of tears.

Every Thursday on Now and Sky 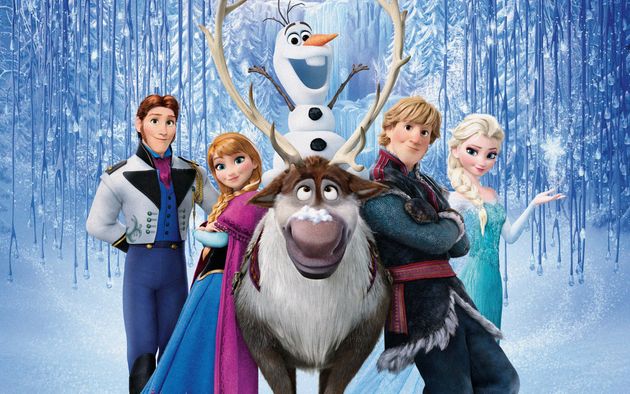 Seasonal and appropriate for this time of year, Frozen is the perfect winter film if you want to enjoy something fun and uplifting that doesn’t play into the usual festive narratives that dominate TV around December. 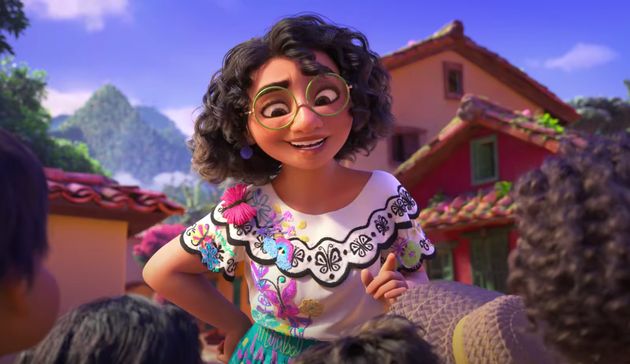 Alternatively, if you’d prefer something from Disney a bit more fresh, look no further than their latest animated offering, Encanto.

This new film doesn’t have the winter cosiness brought about by Frozen, but there’s still an important message about families and some great new songs by Disney’s new go-to Lin-Manuel Miranda to enjoy. 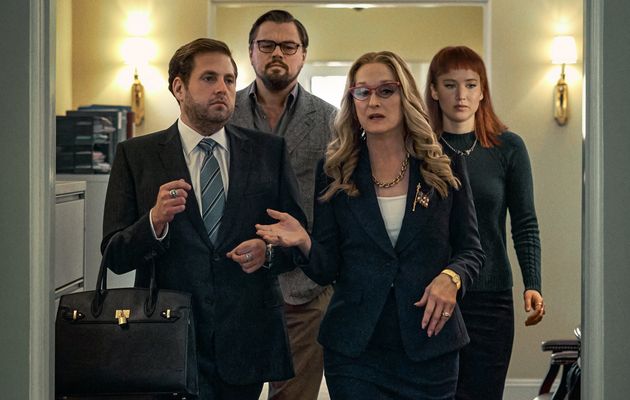 If you want something as far removed as possible from the usual festive offerings on Christmas Eve, you can’t go wrong with Adam McKay’s new disaster film, Don’t Look Up.

Telling the story of an asteroid headed to destroy earth, the dark comedy boasts an unbelievable star cast including *deep breath* Meryl Streep, Leonardo DiCaprio, Jennifer Lawrence, Tyler Perry, Cate Blanchett, Kid Cudi, Timothée Chalamet and Ariana Grande. And believe it or not, that’s barely even half of the full list.

When: 24 December on Netflix 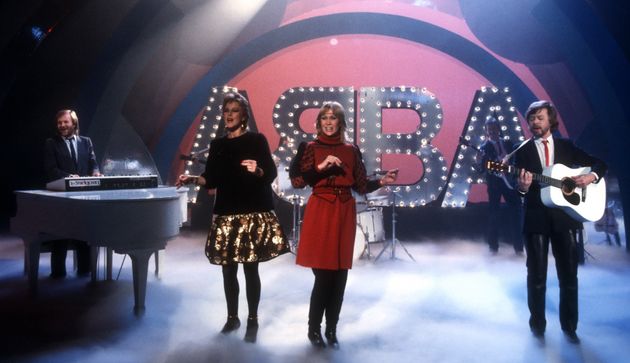 Seriously, what better way could there be to kick-start your Christmas Day than with a countdown of ABBA’s best hits? This Channel 5 special is particularly relevant as the Swedish pop giants have had yet another major resurgence in 2021 with the release of their new album Voyage and the announcement of their upcoming concert experience.

And if you’re still in the mood for more music afterwards, Channel 5’s Christmas schedule also includes Britain’s Greatest 80s Songs and Britain’s Favourite Party Songs, ending in Kylie: 30 Years Of Hits, if you fancy transforming your day into a straight-up pop party. 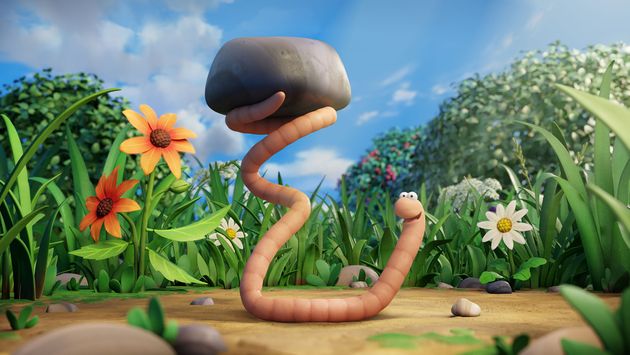 One of BBC One’s big original shows for Christmas 2021 is a little out of the box, to say the least. A stop-motion animation based on a popular children’s book, Superworm tells the story of one strong-willed worm who wants to protect his garden friends from the threat of Wizard Lizard. Sounds adorable, if rather on the odd side.

Listen out for the vocal stylings of Matt Smith, Rob Brydon, Sex Education’s Patricia Allison and none other than Oscar winner Olivia Colman, too. 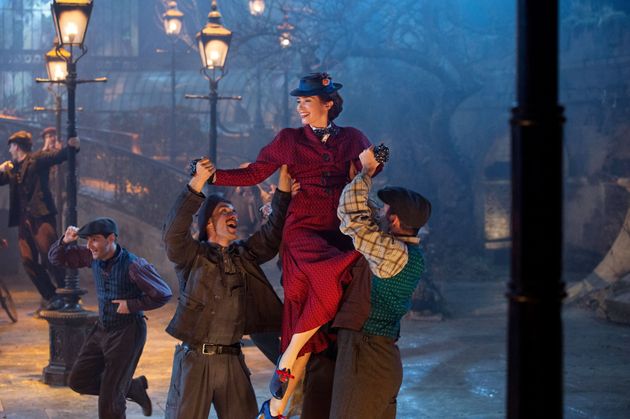 We’ll admit we had our concerns when Disney announced they were making a sequel to Mary Poppins more than 50 years after the original won Julie Andrews an Oscar, but they melted away as soon as we saw Emily Blunt in action and heard the new songs by Marc Shaiman.

No, it probably doesn’t come close to the original film, but it’s still a worthy sequel, and we defy even the most cynical of viewers not to have a tear in their eye by the time Dame Angela Lansbury makes her appearance. 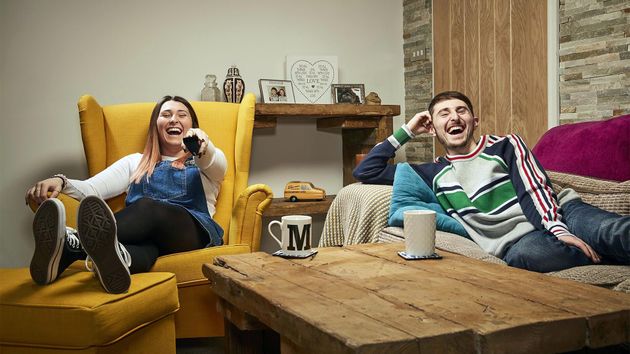 As 2021 draws to a close, who could be better at talking us through the past year of TV than the stars of Gogglebox?

This highlights show looks back at the past year of iconic Gogglebox clips, with the cast giving their inimitable commentary on some of the past 12 months’ biggest TV moments from the likes of Line Of Duty, Squid Game and Strictly Come Dancing. 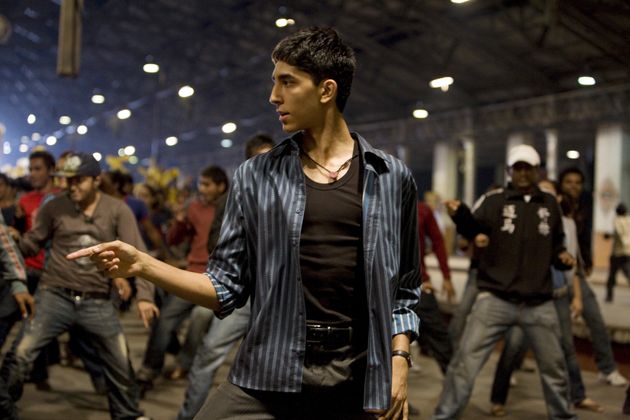 One for prestige film fans who feel like a late one, Channel 4 is showing this eight-time Oscar-winning epic from Danny Boyle in the middle of the night on Christmas Day.

Dev Patel takes the lead in this critically-acclaimed film, which tells the story of a young man from the slums of Mumbai, who uses his unique life experience to triumph in the Indian version of Who Wants To Be A Millionaire?. 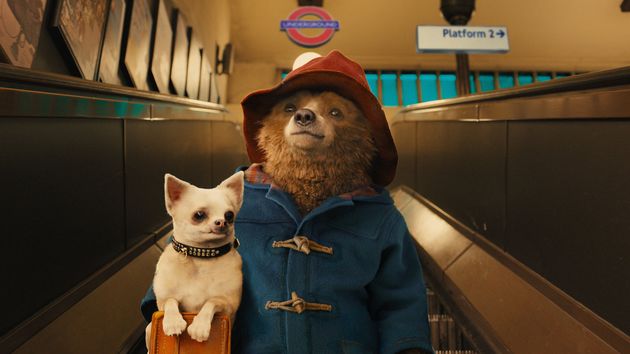 One of the most unexpected universally-loved films of the last decade, if you’ve not watched Paddington yet then it really is time to find out what all the fuss is about.

Based on the classic children’s character, Paddington boasts an all-star cast (including Ben Whishaw as the adorable titular character) and a near-perfect Rotten Tomatoes score. Frankly, how could you not be charmed? And once you’ve soaked up all of the joy and warmth of the first film, you can look forward to the just-as-loved sequel the following day. 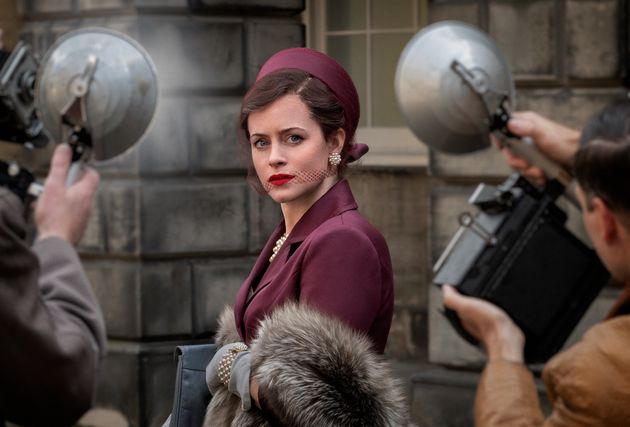 Fans of the 2018 mini-series A Very English Scandal are in for a treat – the show has been turned into an anthology series, the latest instalment of which debuts on Boxing Day.

Renamed A Very British Scandal, this time around Claire Foy and Paul Bettany are taking the lead as the Duke and Duchess of Argyll, whose divorce led to one of “one of the most notorious, extraordinary, and brutal legal cases of the 20th century”.

Like its predecessor, this three-part drama will look at the facts behind the salacious stories, which include tales of drug abuse, bribery and an infamous explicit Polaroid photo. 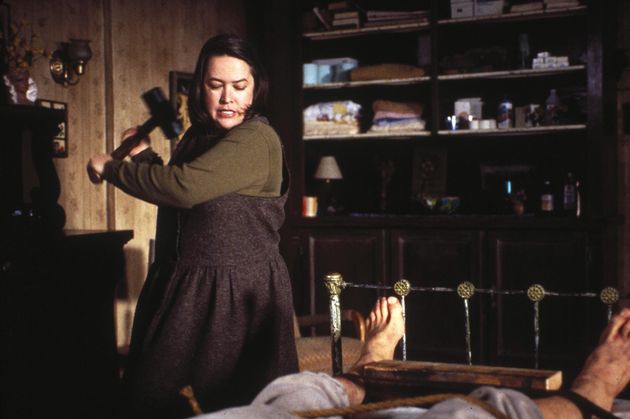 And now for something pretty much as far from Christmas cheer as can be. Stephen King’s story of an unlucky writer who’s taken in by a woman who professes to be his biggest fan, only to subject him to physical and emotional torture and abuse is a classic of the horror genre, and earned Kathy Bates an Oscar in the early 90s.

It’s definitely not for the faint-hearted, and even the most hardened of viewers will wince when Annie Wilkes gets her hands on that sledgehammer…

The Book Of Boba Fett 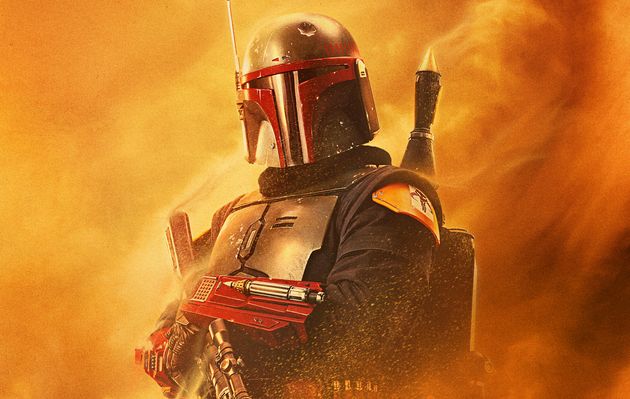 What, you thought Disney was going to get to the end of the year without chucking another Star Wars spin-off at us? Following the success of The Mandalorian, spin-off series The Book Of Boba Fett is coming to streaming service Disney+, based on the bounty hunter from the original trilogy.

Temuera Morrison and Ming-Na Wen take on the lead roles of Boba Fett and Fennec Shand, with a recently-released teaser showing plenty more links to the extended Star Wars universe. 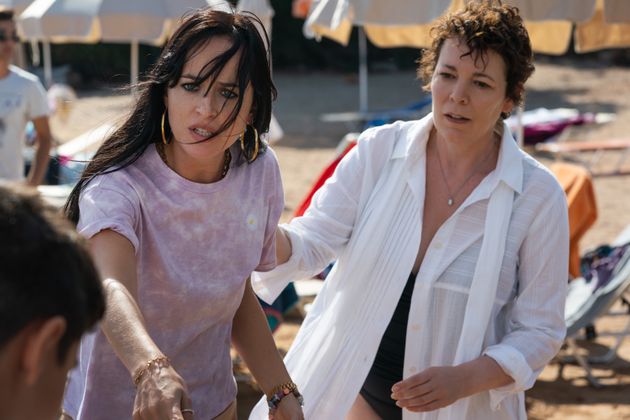 One of the year’s most hotly-anticipated films is arriving on Netflix just in time for the end of 2021. The feature film directorial debut of Maggie Gyllenhaal, The Lost Daughter depicts a woman who finds herself becoming obsessed with a young mother and daughter she sees while on holiday.

If that sounds already enticing, wait until you hear that the cast includes Olivia Colman, Jessie Buckley, Dakota Johnson and Normal People’s Paul Mescal. A must-watch, albeit one we wouldn’t blame you for saving for a few days, rather than hitting play on New Year’s Eve. 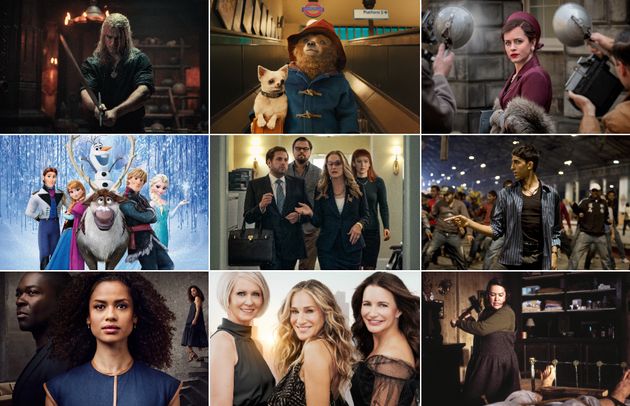 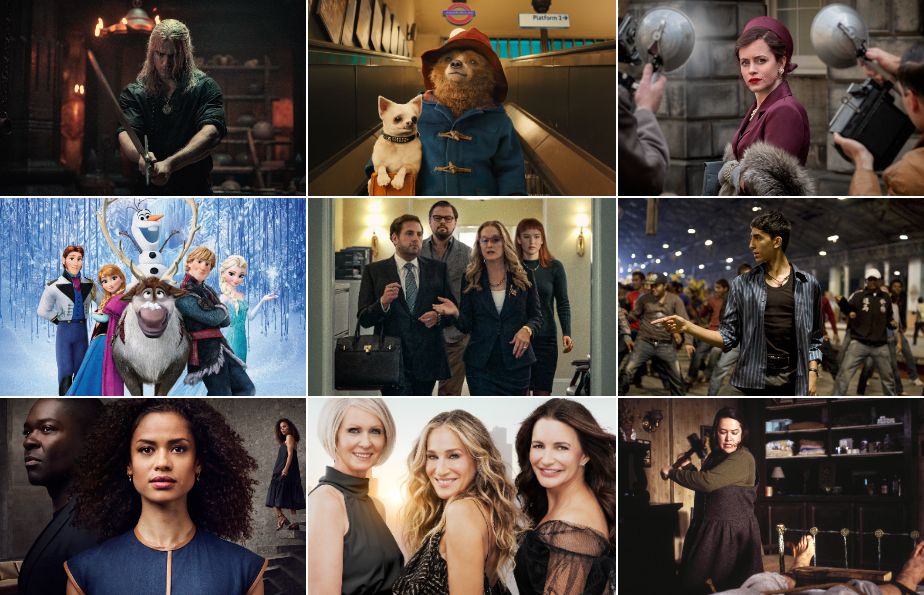 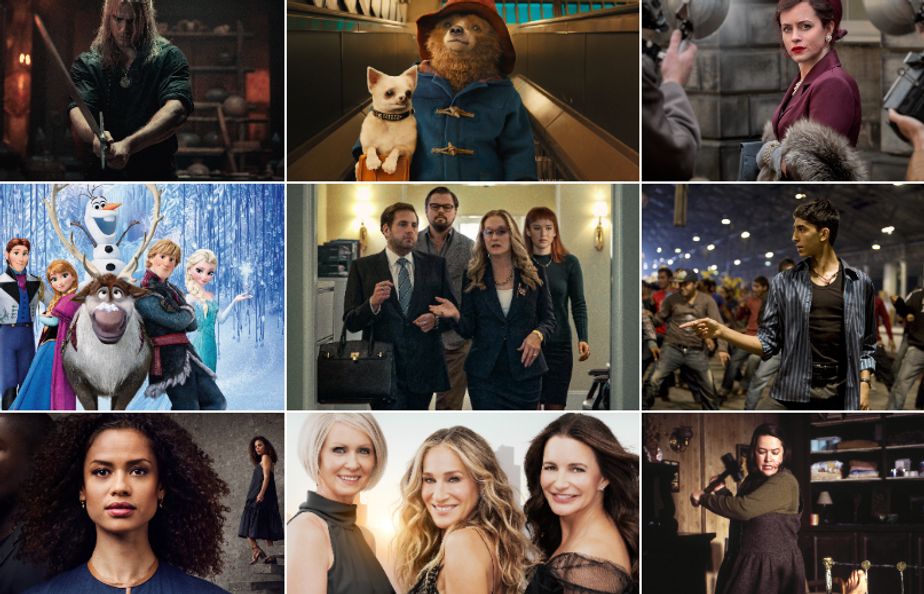 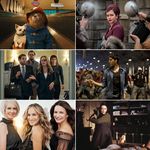 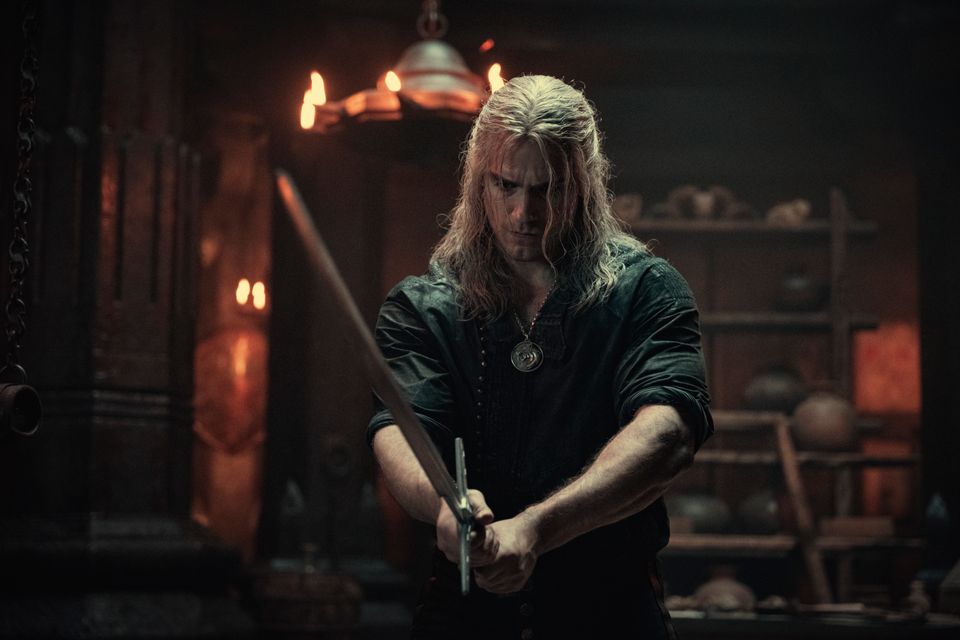 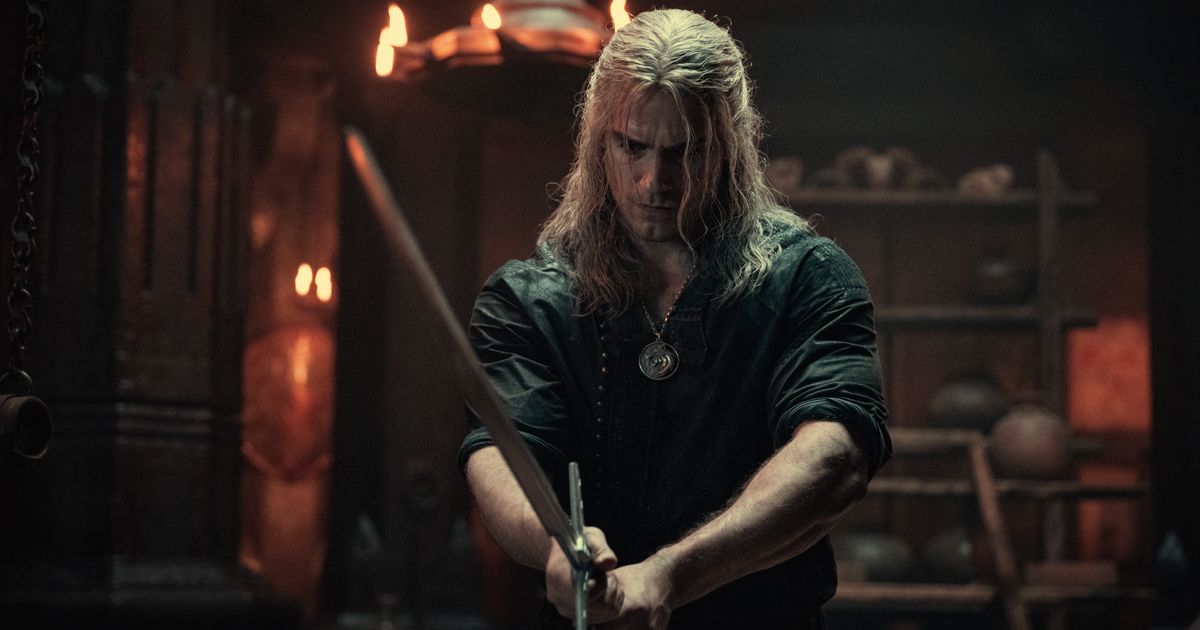 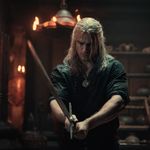 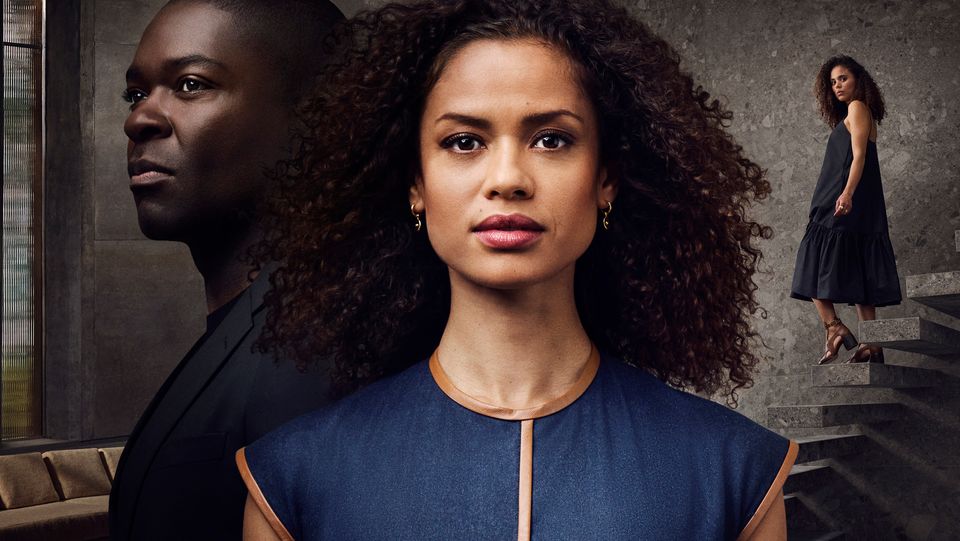 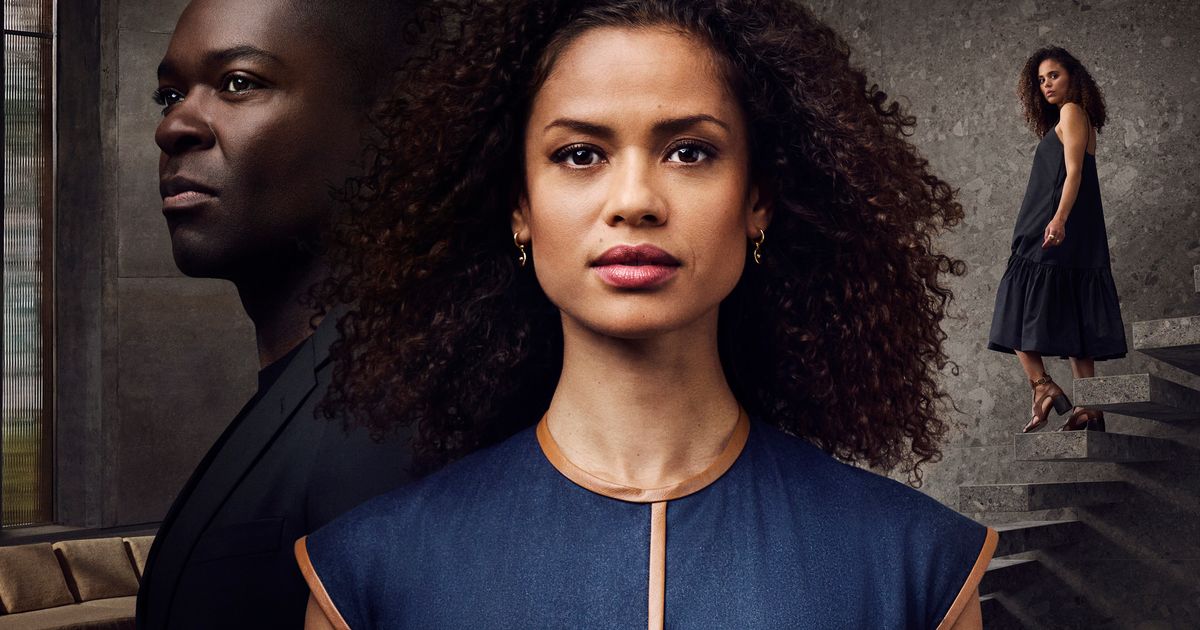 5 Damaging Food Comments We Say Too Often At Christmas

What’s Happening To The Investigation Into The Alleged Rule-Breaking Whitehall Christmas Parties?