Former President Donald Trump got a less-than-enthusiastic reception from some of his supporters this weekend upon revealing he’d received his third dose of a Covid-19 vaccine.

Trump made the announcement Sunday while visiting Dallas as part of his “History Tour” with former Fox News host Bill O’Reilly. Footage of the event, which took place at Dallas’ American Airlines Center, showed Trump reacting to a chorus of boos after confirming to O’Reilly that he’d received a booster shot.

“Oh, don’t, don’t, don’t,” he said, gesturing to a section of the arena from which the jeers appeared to have emanated. “That’s all right ― it’s a very tiny group up there.”

NEW: During their show in Dallas, President Trump reveals to @BillOReilly he got the vaccine booster shot. pic.twitter.com/fhkOQEeeEQ

As of Monday afternoon, a video clip of Trump’s remarks had been viewed more than 385,000 times on Twitter. Ian Sams, the spokesman for Covid-19 communications at the US Department of Health and Human Services, shared the footage and quipped: “Be like President Trump, and get your booster shot.”

“Trump is basically the only Trumpist with the balls to say he got vaccinated, he got boosted, and that vaccines are good,” one person wrote. Added another, “They are not boo-ing, they’re saying booo…ster.”

Trump tested positive for Covid-19 in October 2020, just weeks before losing the presidential election to his Democratic rival, Joe Biden. He reportedly received his initial Covid-19 vaccination shortly before leaving office in January, though out of view of photographers and videographers.

He was previously booed at an August rally in Cullman, Alabama, after urging his supporters to get vaccinated.

“I believe totally in your freedoms,” he said at the time. “You’ve got to do what you have to do. But I recommend ― take the vaccines. I did it. It’s good!”

A month later, however, he appeared wary of booster shots, telling The Wall Street Journal he “probably won’t” opt for a third jab. “I’ll look at stuff later on,” he said. “I’m not against it, but it’s probably not for me.”

Trump’s Dallas appearance was the fourth and final stop on his tour with O’Reilly. Though well-publicised, the tour was plagued by reports of low attendance. The former president also turned up two hours late to Saturday’s event in Houston, which O’Reilly attributed to inclement weather. 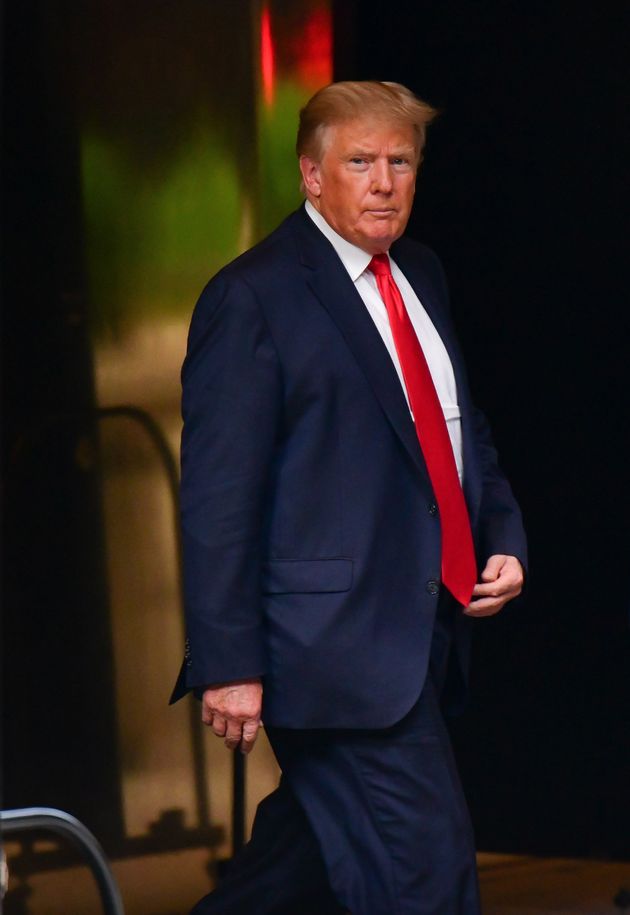 The Queen Cancels Christmas At Sandringham