Darts fans have taken aim at Boris Johnson in the latest humiliation for the prime minister after weeks of negative headlines.

Chants of “Stand Up If You Hate Boris” went up at a packed Alexandra Palace in London for the PDC World Darts Championship on Monday evening, marking the latest moment where the government’s actions have reverberated beyond Westminster.

It came on the day the PM held back from introducing further Covid restrictions following a marathon session of cabinet and warnings from medical experts to act now to curb the Omicron surge.

The chant "Stand Up If You Hate Boris" goes up at the darts world championship at Alexandra Palace. When you're stinking out the room at The Arrows that probably counts as "cut through" pic.twitter.com/MW5UHyvEhp

Revelations about alleged rule-breaking parties followed weeks of claims about Tory sleaze. Johnson’s headache has been compounded by a massive Tory rebellion over ‘Plan B’ Covid restrictions and the embarrassing North Shropshire by-election defeat to the Lib Dems.

And following Ant and Dec repeatedly mocking the PM on I’m A Celebrity … Get Me Out Of Here, now darts enthusiasts are having their say. On Sunday night, the crowd chanted something much less printable and recent days have witnessed a series of signs held aloft mocking the government (as well as wearing face-masks of top Tories). 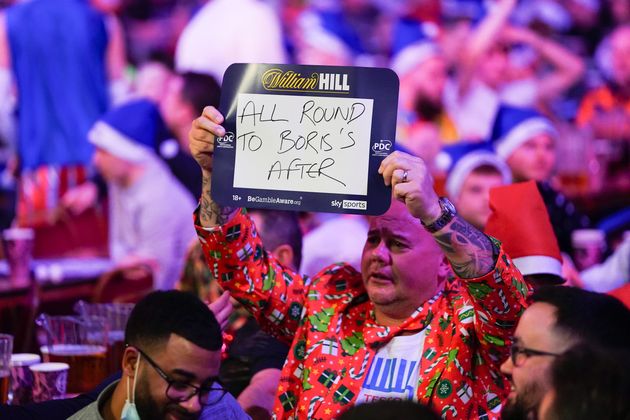 A sign at the darts tonight, as the crowd at Ally Pally loudly also sang “Stand up if you hate Boris.” pic.twitter.com/7fH06fdWcS 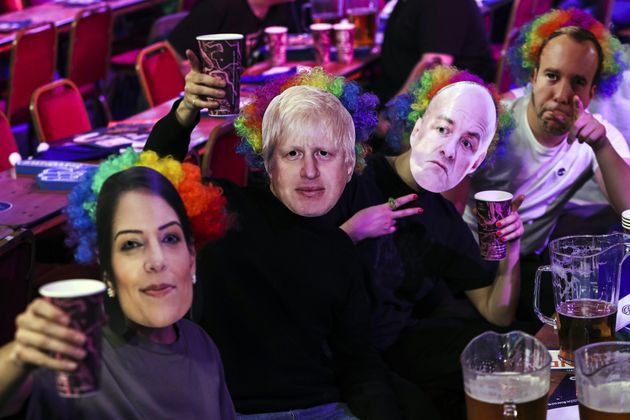 Public health experts have warned the event – where 80,000 spectators are packing Alexandra Palace over the next fortnight – could mean “Covid spreading on steroids”.

Meanwhile, Johnson was on Monday accused of “ducking difficult decisions” after he drew back from imposing new Covid rules in the run-up to Christmas despite fears the NHS could be overwhelmed.

Following a special two-hour meeting of the cabinet, the prime minister said he had to “reserve the possibility” that further action would be needed at some point to curb the rapid spread of the Omicron variant.

However, he said there were still “uncertainties” around the severity of the new strain, as well as the rate of hospital admissions associated with it, and its impact on the effectiveness of the vaccines. 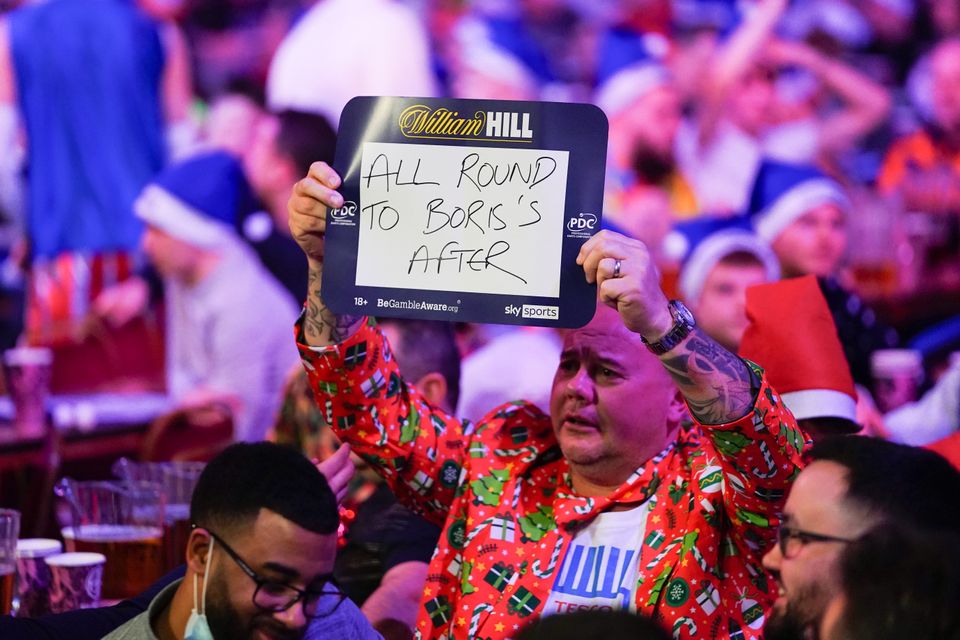