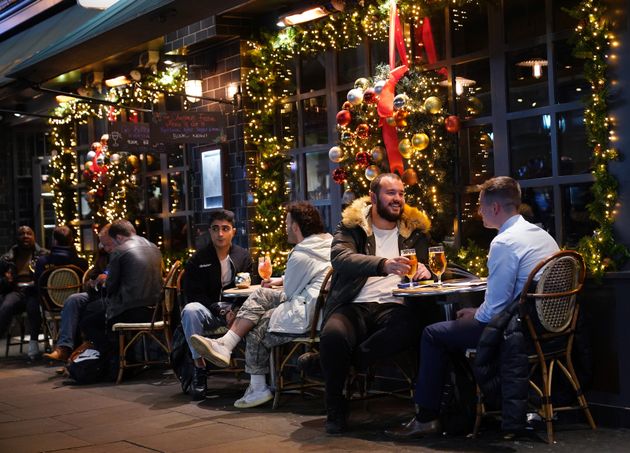 The government will “look closely at the data” about whether or not to have a circuit breaker lockdown after Christmas, a minister has said.

Boris Johnson yesterday decided not to immediately impose new rules to halt the spread of the Omicron variant.

After a special two-hour meeting of the Cabinet on Monday, the prime minister said the government needs to be clearer about the rate of hospital admissions associated with Omicron, and the effectiveness of vaccines against it, before imposing additional measures in England.

Government sources reported by The Times said the focus would be on restrictions after Christmas, with a two-week circuit breaker banning household mixing being considered for December 28.

Speaking to LBC on Tuesday morning, Cabinet Office minister Steve Barclay was asked if this was the case.

“We are looking closely at the data, there is much we still don’t know about the severity of Omicron, how it leads to hospital admissions,” he said.

“We are looking particularly at the London data, there is a higher prevalence of Omicron particularly in London.”

He added. “I think it is right that the cabinet has a full and robust discussion.

“That is what people would expect. It is right that we look at the balance between protecting lives and livelihoods.”

The prime minister said the arguments for taking action in response to Omicron were “very, very finely balanced” and that the government is keeping the data under “constant review”.

He said there were still “uncertainties” around the severity of the new strain, as well as the rate of hospital admissions associated with it, and its impact on the effectiveness of the vaccines.

“There are still some things that we need to be clearer about before we decide to go further,” he said.

RuPaul’s Drag Race: UK Versus The World To Help Relaunch BBC Three On Our Screens