Omicron ‘Up To 70% Less Likely To Result In Hospital Care’ 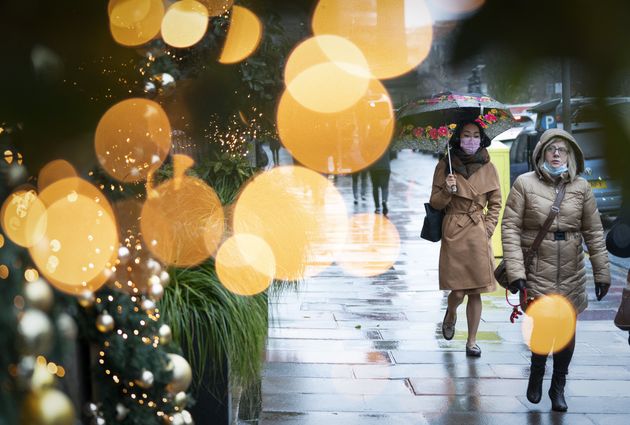 A person with Omicron Covid-19 variant is “50 to 70% less likely to be admitted to hospital” than a someone with the Delta strain, UK government public health experts have said.

Publishing preliminary findings of its research into the new variant, the UK Health Security Agency (UKHSA) said Omicron appears to result in less severe disease for those infected with it.

However, the agency warned that the new strain is more transmissible than previous variants such as Delta, and could still lead to significant numbers of people needing hospital treatment over coming weeks.

The results of the research are consistent with that of three other early studies into Omicron released on Wednesday.

Health secretary Sajid Javid welcomed the latest data as “promising” but urged the public to remain cautious over the Christmas break, adding it was “still too early to determine next steps”.

According to analysis by the UKHSA, the risk of hospital admission for an identified case with Omicron is reduced compared with a case of Delta.

However, Omicron is believed to be infecting more people who have previously had Covid, with 9.5% of people with Omicron having had it before.

The agency has also warned that Omicron’s faster rate of transmission than Delta may mean that a large number of people are likely to require hospital admission, leading to a large amount of pressure on the NHS.

On Wednesday, three pieces of research were published that support the assertions.

Research from Imperial College London indicates that people with PCR-confirmed Omicron are 15 to 20% less likely to need admission to hospital, and 40 to 45% less likely to require a stay of one night or more.

However, researchers have added that although Omicron appears less severe, it is more transmissible partly because the current crop of coronavirus vaccines are less effective against it.

The Imperial study, which has not yet been peer-reviewed, was based on PCR-confirmed coronavirus cases among both vaccinated and unvaccinated people recorded in England between December 1 and 14.

Scientists in a Scotland-wide study called Early Pandemic Evaluation and Enhanced Surveillance of Covid-19 have said Omicron is associated with a two-thirds reduction in the risk of hospitalisation compared with Delta.

Authors of the Scotland paper, which is yet to be peer reviewed, said if Omicron had been like the Delta variant in Scotland they would have seen around 47 people in hospital suffering from the virus but, so far, there are only 15.

Professor Mark Woolhouse, of the University of Edinburgh, said the data is heavily caveated because it is based on a small number of cases which did not include many people aged over 65.

The Omicron strain is now the dominant type of virus in Scotland, with cases of the variant surging across the United Kingdom.

A South African study suggests reduced risks of hospitalisation and severe disease in people infected with the Omicron coronavirus variant versus the Delta one – though the authors say some of that is likely due to high population immunity.

The new study, which has not been peer-reviewed, sought to assess the severity of disease by comparing data about Omicron infections in October and November with data about Delta infections between April and November, all in South Africa.

The analysis was carried out by a group of scientists from the National Institute for Communicable Diseases (NICD) and major universities including University of the Witwatersrand and University of KwaZulu-Natal.

They used data from four sources: national Covid-19 case data reported to the NICD, public sector laboratories, one large private sector lab and genome data for clinical specimens sent to NICD from private and public diagnostic labs across the country.

However, they included several caveats and cautioned against jumping to conclusions about the intrinsic characteristics of Omicron.