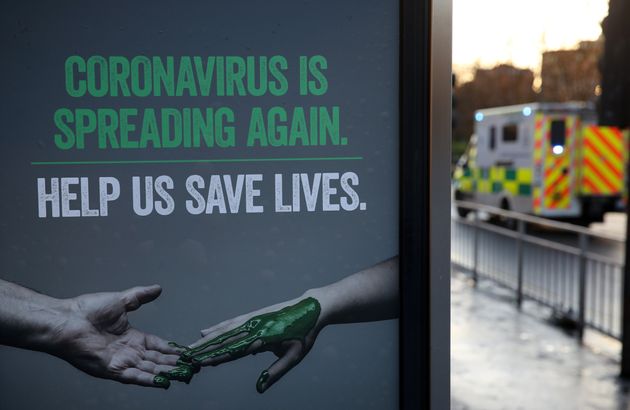 The number of UK daily Covid cases has reached another record high.

The government said lab-confirmed coronavirus cases were 119,789 as of 9am on Thursday, and a further 147 people had died within 28 days of testing positive for Covid.

On Wednesday, recorded case rates of Covid across the UK rose above 100,000 for the first time since the start of the pandemic.

It comes as Covid infection levels reached a record high in the UK – but the government maintained no further restrictions will be set out before Christmas.

An estimated 1.4 million people in the UK had the virus in the week ending December 16, the highest number since comparable figures began in autumn 2020, the Office for National Statistics (ONS) said.

The data emerged within hours of Sajid Javid telling broadcasters the government is not planning to make any more announcements on restrictions in England this week.

It follows a warning from NHS national medical director Professor Stephen Powis that the service is on a “war footing” as the Omicron variant sweeps through the country.

– Javid welcomed studies suggesting Omicron may cause less severe illness than earlier strains but he warned it could still lead to “significant” hospital admissions.

– The ONS said the percentage of people testing positive for Covid in the latest week is estimated to have increased in all regions of England except the north-east, south-west and West Midlands, where the trend is uncertain.

– New figures from NHS England showed one in five patients waited at least half-an-hour to be handed over from ambulance teams to A&E staff at hospitals in England last week.

In England, around one in 45 people in private households had Covid in the week to December 16, up from one in 60 the previous week, according to the latest ONS estimates.

Equivalent to about 1.2 million people, this is the highest number since the ONS began estimating infection levels for England in May 2020.

Tube Strikes Are Set To Return Until The Summer. Here’s How You Can Still Get Home Safely