Written by thehitnetwork on December 27, 2021

Victoria Beckham got a taste of her own medicine after taking the mick out of husband David’s singing over Christmas.

Posh posted a video of Becks roasting chestnuts on an open fire on Christmas Day, as he sang along to The Christmas Song.

As he gave it his best Nat King Cole, David turned around and realised that Victoria was filming him.

“Oh my God, you’re actually trying hard with that vocal,” she laughed.

In a dig at Posh’s own vocal prowess – which was often commented on during her Spice Girls days – David had a hilarious comeback, remarking: “Oh I’m sorry, Adele.”

As Victoria posted the video on Instagram, she even tagged Adele in the caption, as she joked that David was “burning his nuts”.

She wrote: “Does anyone love Christmas as much as my husband?!? @davidbeckham husband?!? kisses @adele #burninghisnuts.”

Victoria also shared a picture of her and David with their kids to wish her followers a Merry Christmas.

The snap showed the couple and children Brooklyn, Romeo, Cruz and Harper all in their finest gear in front of a Christmas tree at the recent wedding of David’s dad Ted.

Victoria’s followers noticed something amusing about the photo though, when they spotted David was standing on tip toes to try and make himself taller than his sons.

“First thing I noticed, bless him,” one person commented. 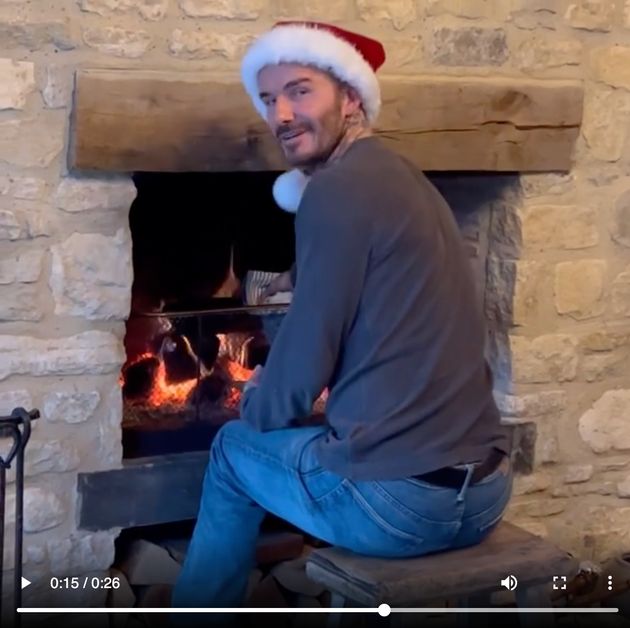