22 Showbiz Fails From 2021 That We’re Still Cringing At

Written by thehitnetwork on December 28, 2021

There are a number of stars who will be glad to see the back of 2021 after the rest of us witnessed them eff-ing up royally.

And you know what these celebs really don’t need as we bid farewell to the past 12 months? A round-up reminding everyone of their very public humiliations…

Lorraine was left mortified after getting her words mixed up during an interview with Bridgerton’s Jonathan Bailey back in January during a discussion about him having make-up applied to his backside.

'When I lowered the britches for the first time they went, "Can we call in makeup?"' 😂#Bridgerton star Jonathan Bailey recalls his awkward first day on set and the secret to looking good in nude scenes.

“Have you still got your dog?” Alison asked Graham. “No. Dead,” Graham replied.  Awks.

“It became clear at one point to me, to both of us, that I needed a bikini line wax,” Kyra explained.

“I’m not saying it was a disaster, but the fact that we did not have to go to the emergency room was just an absolute miracle.”

The TV chef was overheard swearing as he was unable to see the autocue.

Today’s Saturday Kitchen intro gets the “Joe Wicks Award” for the mics being turned up too early. Joyous @matt_tebbutt#SaturdayKitchen@BBCOnepic.twitter.com/OfP7gXXmox

Just enjoying yesterday’s @SoccerAM@grimmers did you get that shit off your coat 😂. 🔈 👂 pic.twitter.com/uatRsr3CXY

When you’ve forked out 70 quid for a candle, you want it to, you know, work rather than explode.

So spare a thought for the woman who was gifted one of Gwyneth Paltrow’s luxe candles from her Goop lifestyle brand, only for it to go up in the wrong kind of flames when it exploded in her London home.

How do we know it wasn't just faking it? https://t.co/YCVNt2Og8W

I hope the woman in question is okay – but I do find this fanny. https://t.co/I9y51jcVkT

You can’t park that horse-drawn carriage there!

Despite being set in the 19th century, many Bridgerton viewers pointed out a glaring mistake that producers of the hit show failed to spot.

Fans quite rightly pointed out that the Brits living in Regency-era Bath must have been pioneers because it looks like they had already invented yellow lines restricting where they could park their horse-drawn carriages.

Really enjoying Bridgerton, but with the technology available to film makers these days, a yellow line? pic.twitter.com/Ah4rljsfKn

When you’ve just finished a bit of plastering in the house and realise your running late for your appearance on the @TheGNShow#TomJones#GrahamNortonpic.twitter.com/BnyXev1XMH

I spotted a wardrobe malfunction in Grease 2 🍆 🥔 🥔 pic.twitter.com/S88naYVeQu

LMAO I RECORDED IT pic.twitter.com/FL7K6xg2aX

Is BBC news reader Shaun Ley keeping his cool by wearing shorts? And if so, were viewers meant to find out? #bbcnewspic.twitter.com/hzy4euQRY6

Months before dazzling us with his moves on the Strictly dance floor, John Whaite’s paddle board skills were slightly less impressive

No prizes for guessing where the Bake Off champ ended up when he tried his hand at paddle boarding on Steph’s Packed Lunch.

We dare you to tell Jade Thirwall that it’s lucky to get crapped on by a bird. Go on, we dare you. 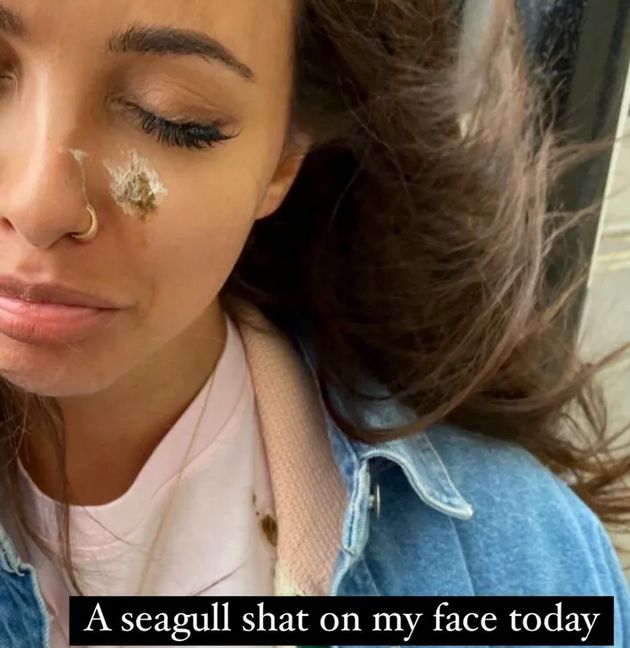 Seriously Spike, you had one job.

The presenter wasn’t at her desk for a live broadcast of BBC News back in August, but she could be seen in the background comically bent over as she struggled to get her high heels on, before putting her best (dressed) feet forward to deliver the bulletin. Priorities.

What is going on here @vicderbyshire?

Carol Kirkwood met a guide dog on BBC Breakfast, which proceeded to guide her… face to the floor

Flash the guide dog is running the show on #BBCBreakfast this morning 🐾 https://t.co/g98lIxe3Fapic.twitter.com/6ym3obw6Tz

FACT: The gravitational pull in the Bake Off Tent is the strongest on the planet. #GBBOpic.twitter.com/LyC3cPKkFG

This anti-gravity cake had one job… #GBBOpic.twitter.com/pSMD8uILn4

Nicole Ritchie set her hair on fire after blowing out the candles on her birthday cake. She was fine, but to coin her old bezzie Paris Hilton: that’s hot. 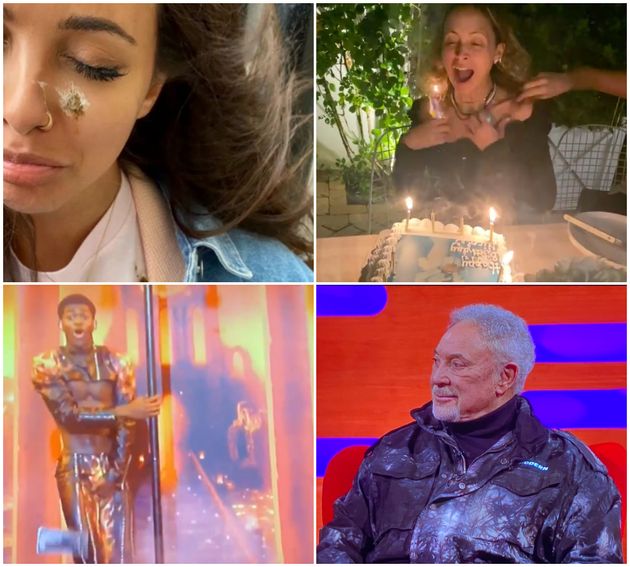 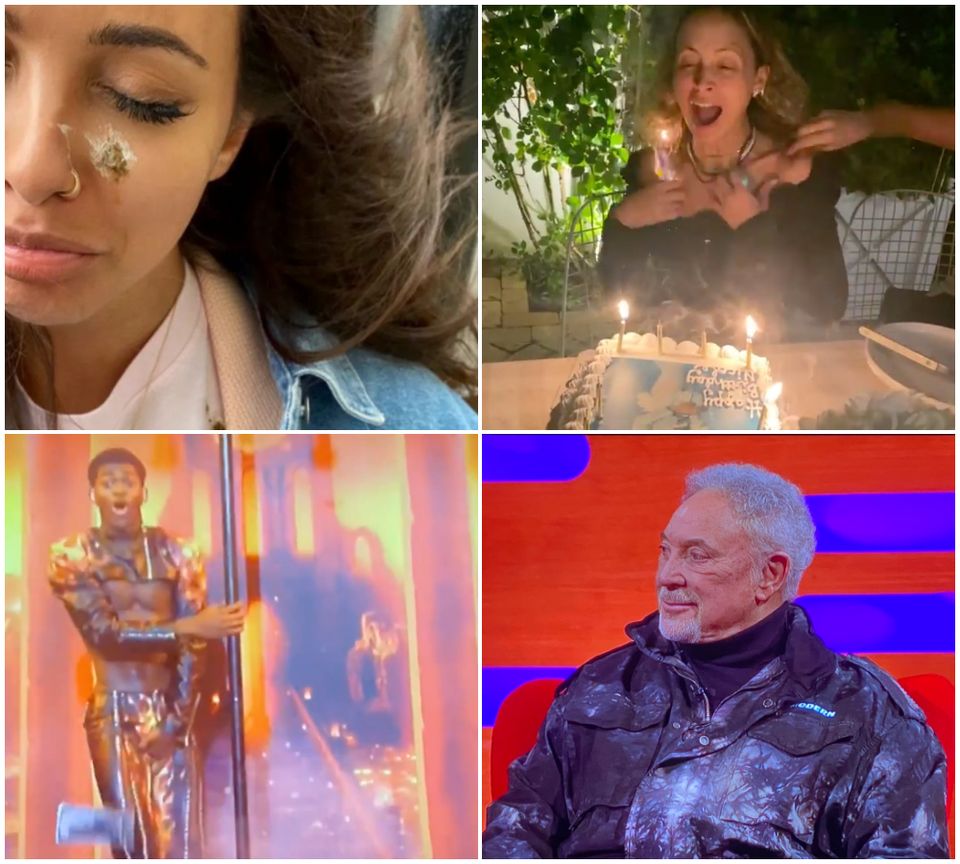 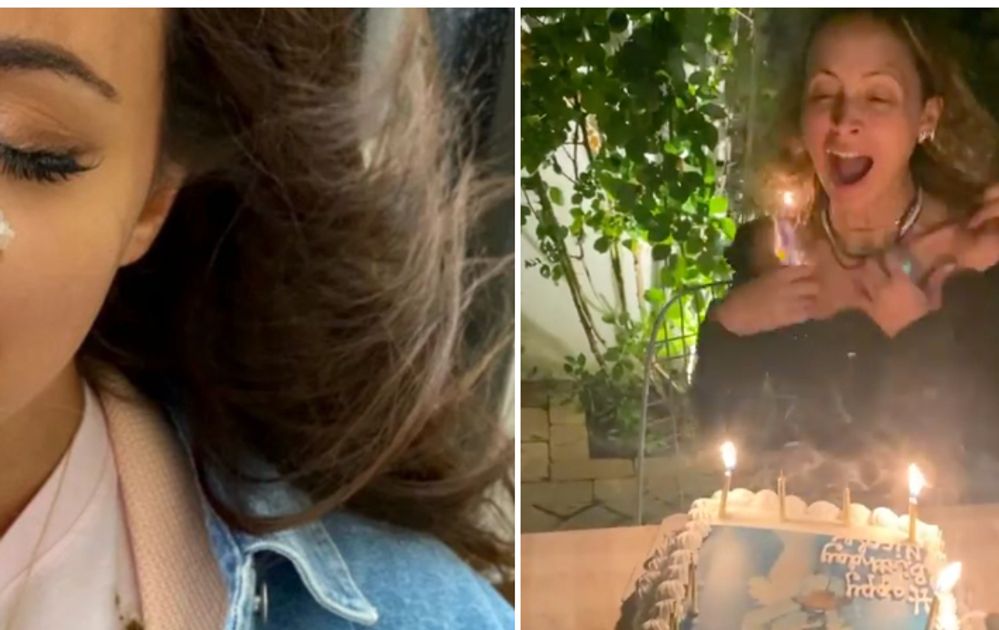