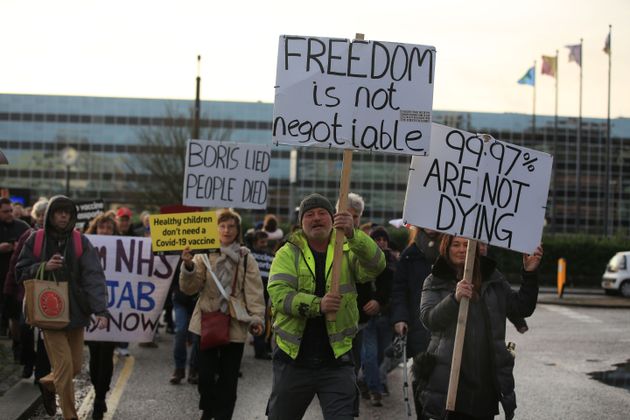 The actions of the anti-vaxxers in Milton Keynes, Buckinghamshire, were described as “abhorrent” after they were filmed apparently harassing health workers and stealing vital supplies.

In a series of clips shared widely on social media, the mob were seen with placards reading “Boris lied, people died”, “no vaccine passports”, “freedom is not negotiable” and “don’t jab our kids”.

Some were spotted knocking over signs, throwing cones and shouting at the volunteers.

A group of anti-vaccine activists led by Jeff Wyatt and Piers Corbyn entered an NHS test and trace centre in Milton Keynes today, shouted abuse at staff and took some of the equipment. pic.twitter.com/hgbGjy5PeM

Elsewhere in the town, protestors taking part in the so-called Freedom Rally were filmed storming a theatre during the interval of Jack and the Beanstalk.

Anti-vaccine conspiracy theorist Piers Corbyn could not be seen in the footage, but he was pictured at the rally at the theatre.

It came on a day when the UK is facing a Covid testing shortage as the country breaks another daily record for infections and the number of people needing hospital treatment has spiralled within days. Boris Johnson visited the centre on the same day.

Joe Harrison, CEO of Milton Keynes University Hospital, said: “I am very sorry and angry to see NHS colleagues at Milton Keynes Covid testing centre harassed and intimidated at their place of work.

“Our staff having to deal with increasing aggression and violence for simply doing their job. It’s abhorrent, unacceptable and we will not stand for it.” 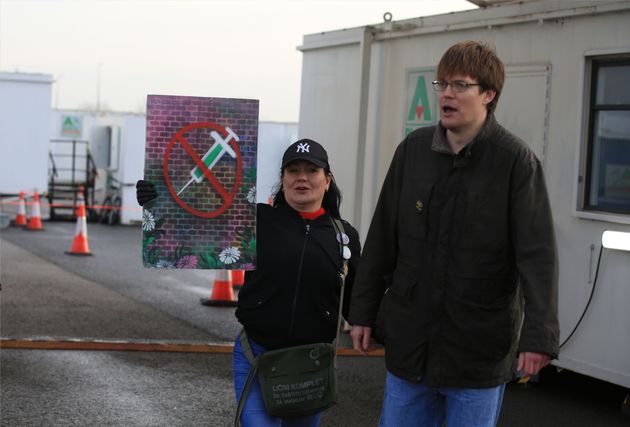 Conservative MP Alicia Kearns branded the video “utterly appalling”, adding: “Thank you to all the volunteers and staff who deserve so much better than this shameful, self-aggrandising nonsense.”

NHS doctor Rachel Clarke, who shared the footage on Twitter, said: “Imagine being so selfish – so convinced of your own righteousness – that you’d storm a test and trace centre, abuse staff working there, steal testing equipment, and dump it in a bin outside the centre. In a *pandemic*.”

Imagine being so selfish – so convinced of your own righteousness – that you’d storm a Test & Trace centre, abuse staff working there, steal testing equipment, & dump it in a bin outside the centre.

Wrong, selfish, and an affront to the collective effort most of us are making to get through the pandemic. https://t.co/m9akrgH1Ex

During the London riots, people actually went to jail for stealing bottled water, and a packet of bacon. The rationale was that civilised society was at risk of collapse. Sabotaging the effort to contain Covid is not merely comparable but far, far worse. https://t.co/0zvva9x3J7

Thames Valley Police said the force “is aware of an anti-vaccination protest that took place in central Milton Keynes this afternoon”.

It added: “Where criminal offences have been disclosed, we will take swift action and bring offenders to justice.

We are aware of an anti-vaccination protest in Milton Keynes today. We're currently reviewing the activity for any criminal offences and will take swift action if any have been committed.

If you have photo or video evidence, please use this link https://t.co/gLWLlK9cgj & describe what's been captured. This can be reviewed by officers who will directly contact you, please include the ref number.

Where criminal activity has been disclosed, we will take action. 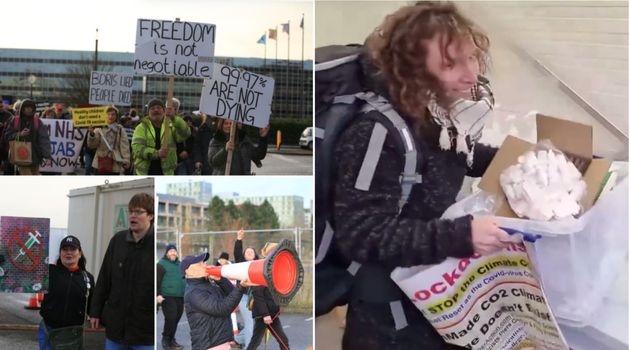 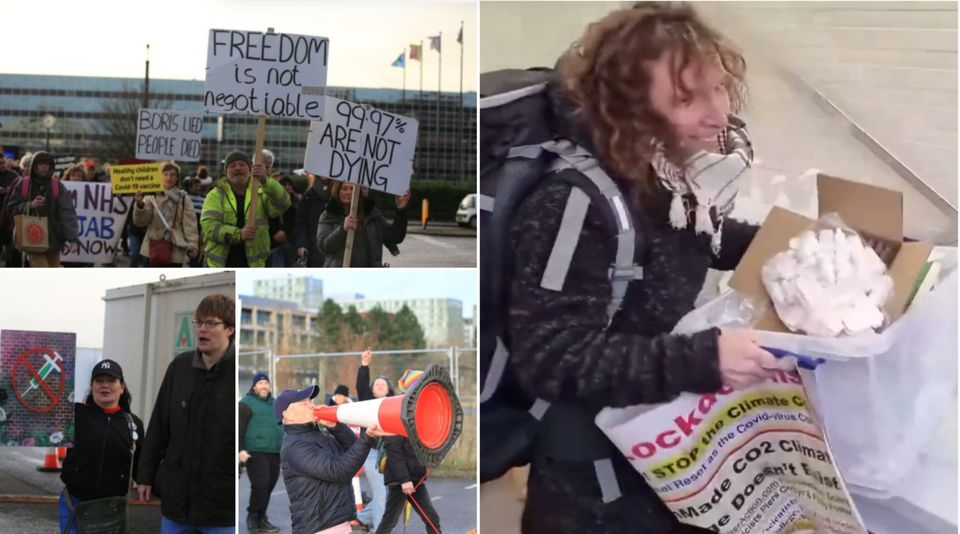 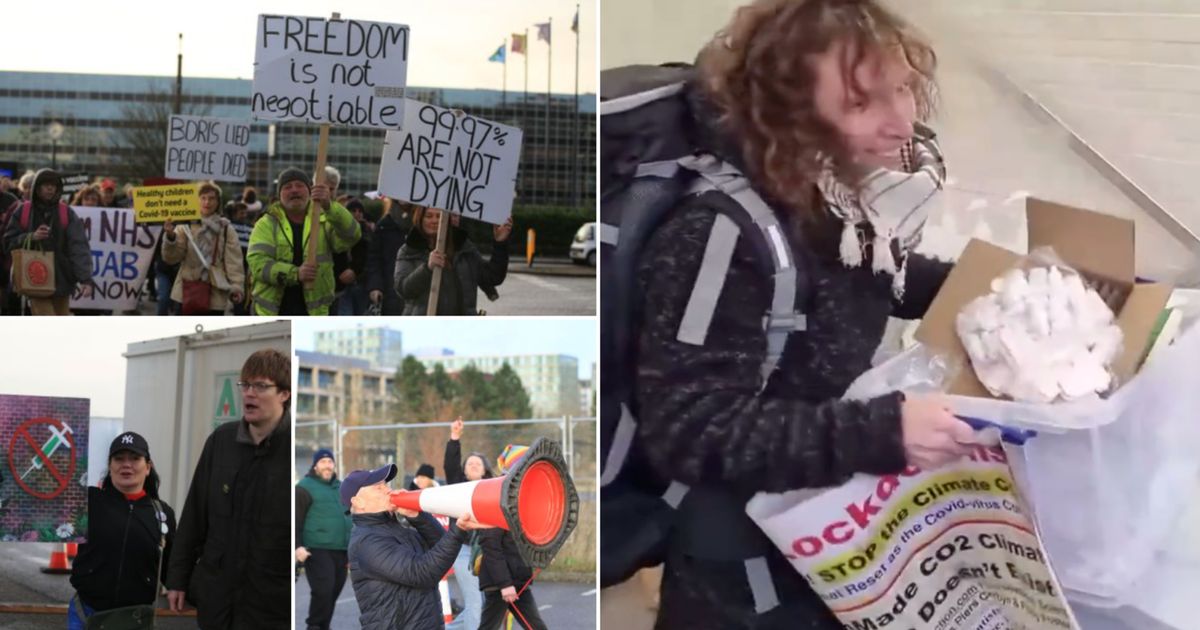 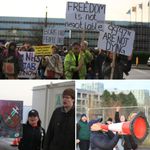