Written by thehitnetwork on December 30, 2021 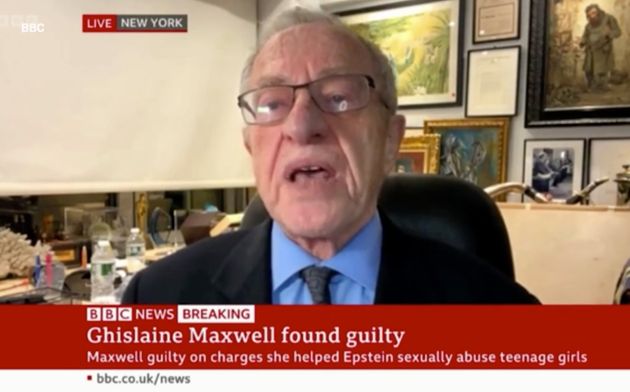 The BBC’s coverage of the Ghislaine Maxwell trial – which ended with a guilty verdict on Wednesday – backfired when the broadcasters attempted to analyse the result shortly afterwards with Alan Dershowitz.

Maxwell, a close associate of the disgraced financier and convicted sex offender Jeffrey Epstein, was found guilty on five charges related to sex trafficking and the grooming of girls and young women.

She could face a maximum sentence of 65 years in prison.

US lawyer Alan Dershowitz represented Epstein in the past and has been accused of sexual abuse by Virginia Giuffre, a woman who claims she was trafficked by Maxwell and Epstein too.

Despite this clear link to the pair, the BBC chose to interview Dershowitz after Maxwell’s verdict came through.

He was introduced only as a “constitutional lawyer”, triggering significant outrage among viewers.

The BBC then released a statement on Thursday which read: “The interview with Alan Dershowitz after the Ghislaine Maxwell verdict did not meet the BBC’s editorial standards, as Mr Dershowitz was not a suitable person to interview as an impartial analyst, and we did not make the relevant background clear to our audience.

“We will look into how this happened.”

BBC admits that its Alan Dershowitz interview was a mistake. pic.twitter.com/FARpnKVUyd

Dershowitz was discussing the implications of the verdict on Prince Andrew’s upcoming civil case, brought by Giuffre.

He said: “The most important thing for British viewers is that the government was very careful who it used as witnesses.

“It did not use as a witness the woman who accused Prince Andrew, who accused me, who accused many other people, because the government didn’t believe she was telling the truth.”

Dershowitz then said the case did “nothing to strengthen the case against Prince Andrew”, and claimed the US government only used “witnesses who they believed were credible” and who the jury would believe. 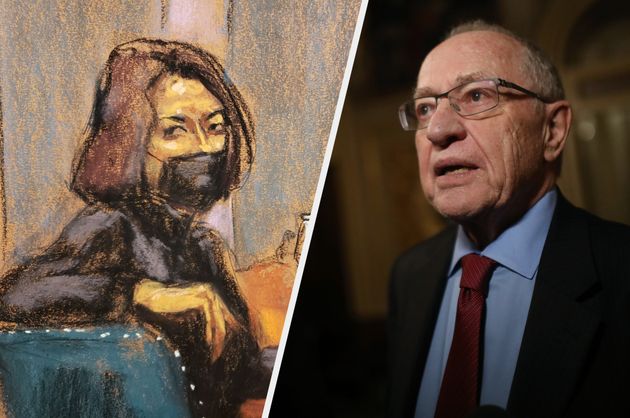 Lawyers tweeted about the decision to interview Dershowitz minutes after Maxwell’s verdict came through, with barrister Adam Wagner describing it as a “huge error by the BBC”.

She added: “It’s the choice to interview him, but more importantly, 1) not contextulaising in any way: no mention of Dershowitz having acted for Epstein, or that Virginia Giuffre accused him of abuse, or the defamation suits, and giving him a platform to undermine Giuffre, unchallenged. Appalling.”

Huge error by the BBC https://t.co/cwqo7HRrj1

Lawyers weren’t the only ones baffled by the BBC’s decision.

It’s unclear exactly why the BBC Dershowitz debacle happened last night, but one thing’s for sure: if you cut staff numbers and embark on a restructure that will reduce editorial oversight there will be more mistakes.

Fox News at least acknowledged Dershowitz's connections with Epstein. Unfathomable that the BBC thought this was a good idea. https://t.co/KZKisz3VX4

So @BBCNews has decided that the expert witness they need on the Maxwell trial is Alan Dershowitz. Who has taken the opportunity to say that it shows how accusations against him and Prince Andrew are wrong.

Alan Dershowitz, who was accused of the same crimes as Prince Andrew, is on the BBC trying to silence victims following Ghislaine Maxwell’s conviction.

I can’t believe this needs to be said but the BBC should not give a platform to people accused of child sexual abuse. 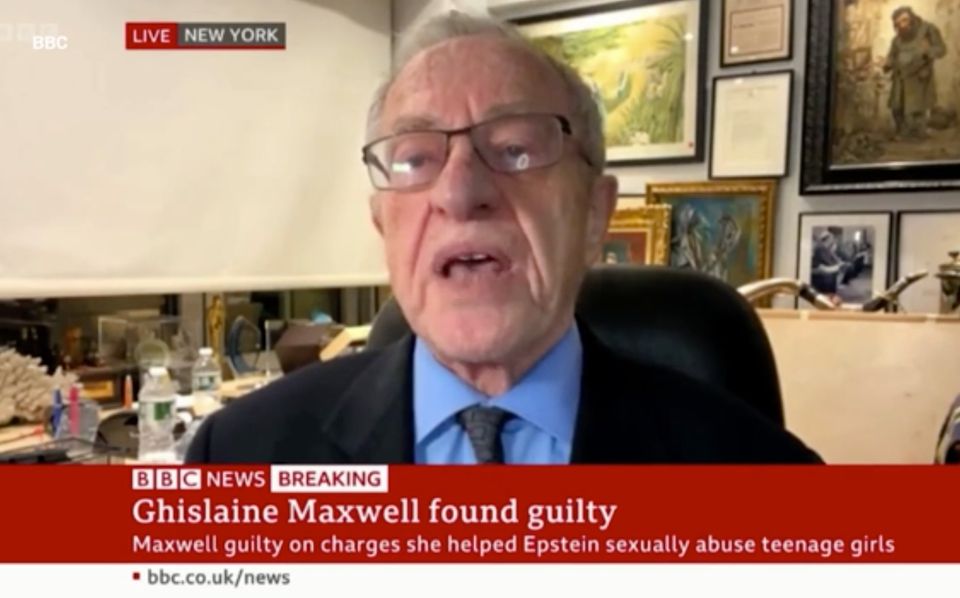 13 Of The Most Significant Moments Of The Year