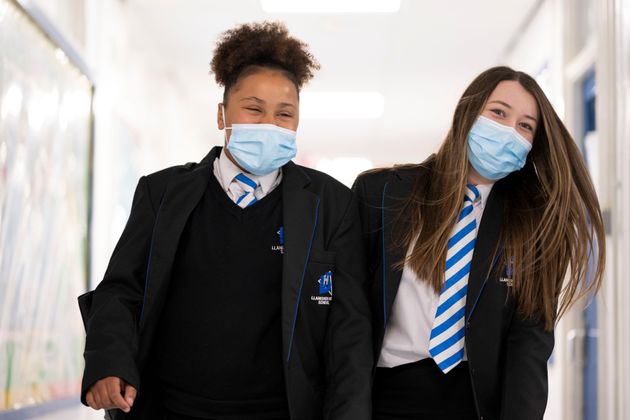 Children are still being encouraged to go to school even though the UK has just hit 200,000 daily cases for the first time since the pandemic began.

As the second term of the academic year starts, people are split over what measures should be put in place for students, who likely to be doing a great deal of indoor mixing.

Here’s what you need to know.

Boris Johnson has delivered on his promise to keep schools open so far.

Speaking at a new conference on Tuesday, the prime minister said: “We can keep our schools and businesses open and find a way to live with this virus.”

Britain closed its schools for longer than any of its European neighbours, aside from Italy, throughout the first three waves of the pandemic.

Children in the UK were not physically in school for half of all school days between January 2020 and July 2021.

But school exams have already been cancelled for two years in a row due to the pandemic, and parents and politicians alike are keen for that not to happen again.

The Children’s Commissioner pushed for the prime minister to keep schools open “come what may”, and for new legal protections to be put in place to keep them open, back in December.

But Professor Neil Ferguson from Imperial College London also warned BBC Radio 4′s Today programme that Omicron did not really get into classrooms before Christmas.

He continued: “We expect to now see quite high infection levels – of mild infection I should emphasise – in school-aged children.”

Face coverings have to be worn in all secondary schools in England for at least the first three weeks of term, which should reduce infection rates.

But classrooms obviously see a lot of indoor mixing between different households, with some classes including more than 30 children who might be talking, exercising or playing all in the same room.

Yet, despite ventilation being a key way to reduce Covid transmission, the government has not yet implemented a clear way to ventilate classrooms.

As shadow education secretary Bridget Phillipson said to Sky News on Tuesday: “The government has announced 7,000 purification units, but we’ve got hundreds of thousands of classrooms right across England.

“And for many teachers, all they’ve been able to do is have to open the window and ask the children to sit and learn when they’re cold. I think that is woefully inadequate, not least given that we’ve known for over a year that we would need action on ventilation within classrooms.”

The government has started rolling out CO2 monitors so schools can see where more ventilation is needed, too.

But at least school staff unions have released a call for urgent action to limit Covid transmission through air-cleaning units this week. 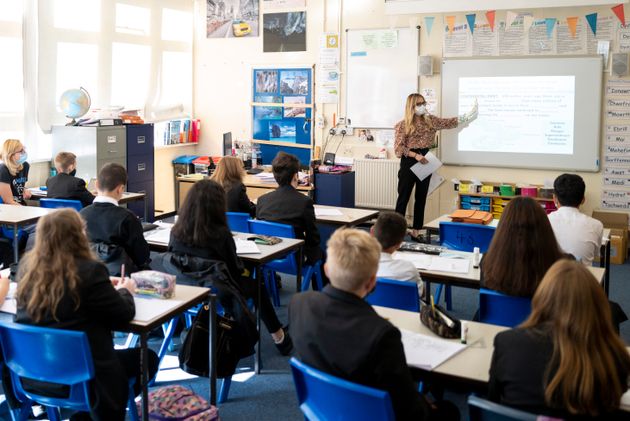 Phillipson also said the government missed an opportunity to get all eligible children vaccinated over the Christmas holidays, before they return to the classroom.

She claimed: “Around half of those eligible young people have been able to take it up – I think we should have seen more action around walk-in clinics, pop-up clinics in schools as well, to make it as easy as possible.”

According to the ONS, 50% of adults say children aged between 12 and 15 in their households are already vaccinated.

All children aged 12 and over can get their first and second doses of the Covid vaccine. This is usually available at school, but can be booked online or through a walk-in centre.

A third dose is also being offered to those aged 12 or over with a weakened immune system. This is not the same thing as a booster jab.

The booster vaccine is now available for everyone aged 18 and over, and some aged 16 and over who are at high risk of getting ill from Covid, or live with someone who is at high risk.

Vulnerable children aged between 5 and 11 should be able to get their jabs too, according to the Joint Committee on Vaccination and Immunisation.

As with all sectors, the record-breaking number of Covid cases across the country has put a strain on teaching, triggering staff shortages.

Education secretary Nadhim Zahawi has insisted that face-to-face teaching in England will still be the norm, but the head of the Association of School and College Leaders, Geoff Barton, said otherwise.

He told the BBC: “The biggest problem schools face is the likelihood of high levels of staff absence.”

Classes might have to be merged where absences cannot be covered, which will only increase the risk of infection.

Dr Mary Bousted is the joint-general secretary of the National Education Union she predicted that mixing classes would only result “in greater pupil and staff absence”.

Before the term came to an end in December, Zahawi even called for former teachers to come out of retirement and become supply teachers.

Vaccines minister Maggie Throup then told BBC Breakfast that “thousands of people” had come forward to help, although this does not mean they will be ready to step in to help teachers immediately.

Evidently staff shortages are still a major cause for concern.

Some teacher unions are even calling for a relaxation of Ofsted inspections too and financial support for absence cover. 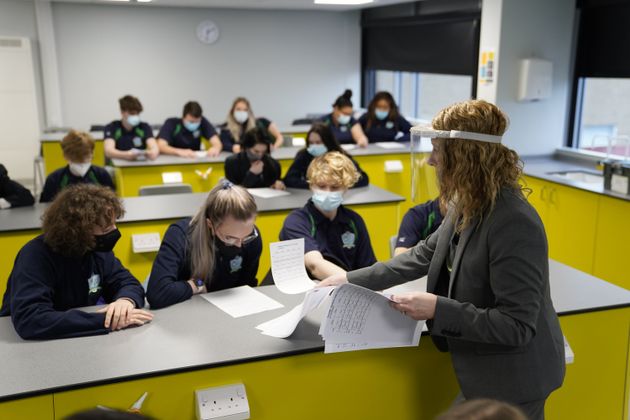 Pupils in England must take their Covid tests in school  – and are not permitted to go into class unless they get a negative result after 15 minutes – although in other parts of the UK, they have to test themselves at home first.

Parents have been advised to test their children twice weekly when they’re going to school, but a recent shortages of lateral flow tests triggered chaos up and down the country. While they are available online again, an increased reliance on lateral flow kits could cause further problems for classroom safety. 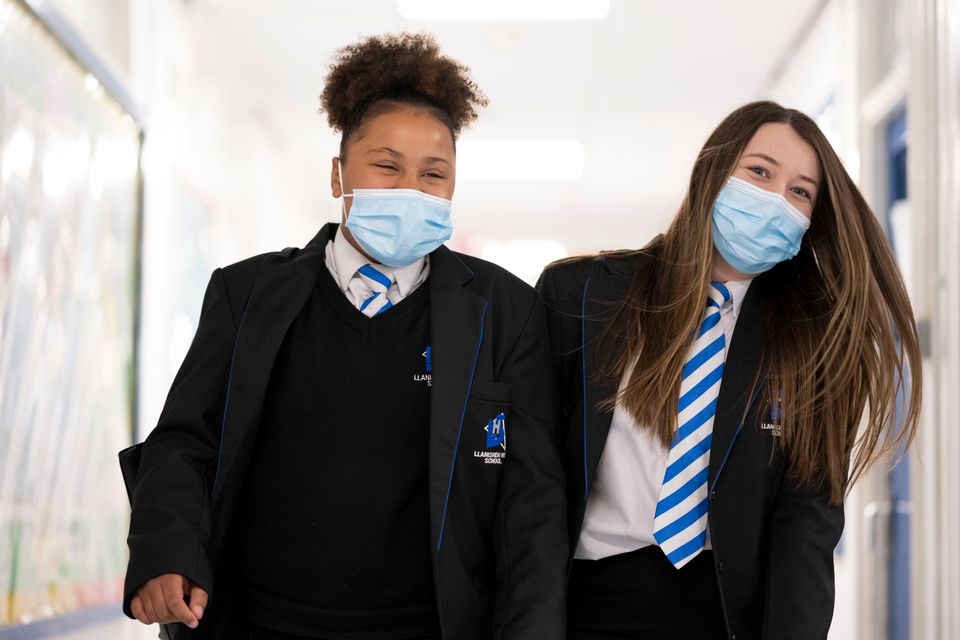 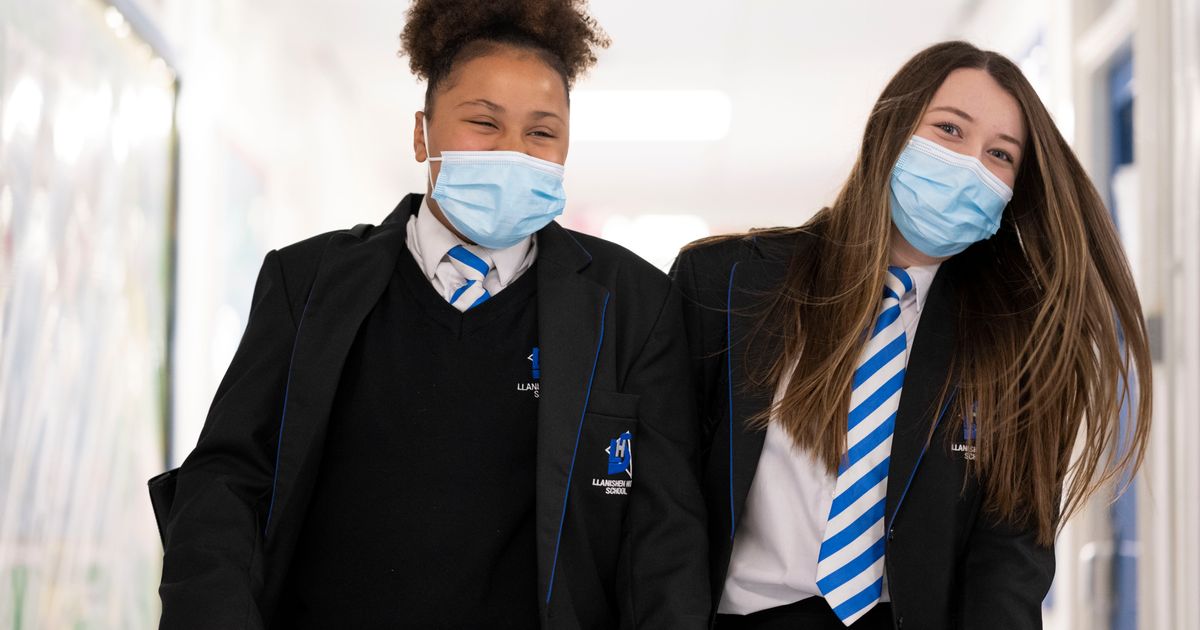