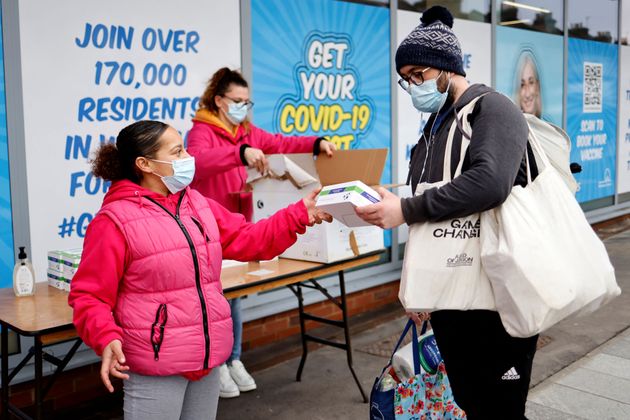 Approximately 3.7 million across the UK are believed to have tested positive for Covid in the final week of 2021, according to new data.

A staggering 3.27 million of these positive cases were in England.

This latest infection survey from the Office of National Statistics (ONS) showed the highest infection rates across the country since comparable figures started in autumn 2020.

It’s also a large increase from the previous week, which ended on December 23, where 2.3 million are estimated to have tested positive.

Approximately one in 20 had the virus in Wales and Scotland, and one in 25 had it in Northern Ireland.

This data has also arrived just after daily cases in the UK reached a record high of 218,000 reported on Tuesday.

ONS also noted that cases were going up in every English region, but added: “There were some early signs in the last few days of 2021 that infections may no longer be increasing in London, but it is currently too early to suggest if this continuing change in trend.”

Despite ongoing concerns that hospitals are being overwhelmed and put under extra pressure from staff shortages, prime minister Boris Johnson has vowed on Tuesday that the UK will be able to “ride out” the Covid wave without another lockdown.

One million Brits are now in covid self-isolation according to the health minister Gillian Keegan, and Omicron, the highly-transmissible variant, is believed to be the dominant strain in the country.

The Rules For PCR And Lateral Flow Tests Explained