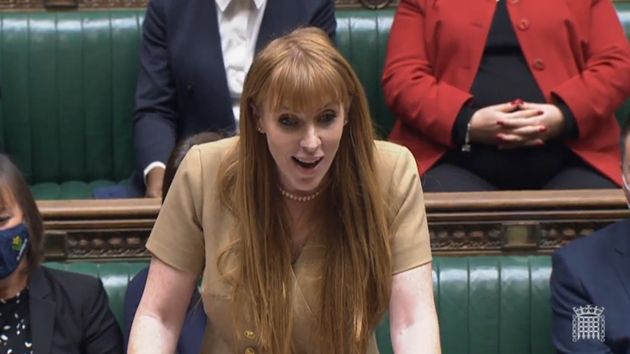 Boris Johnson has been accused of misleading the House by denying he previously branded fears around inflation as “unfounded”.

Labour deputy leader Angela Rayner asked Johnson if he wanted to “correct the record” following his denials after footage emerged of him making the comments in an interview with Sky News.

In a clash at prime minister’s questions, Rayner — who stood if for Keir Starmer after the Labour leader tested positive for Covid — accused the prime minister of getting it “so wrong” on inflation.

A combination of soaring energy and fuel prices, as well as a shortage of goods in some sectors, has pushed the headline rate of inflation up to 5.1%, leading to fears that some poorer families could be forced further into poverty.

“In October the prime minister said that fears about inflation were unfounded, but working people across the country are starting the New Year facing rising bills and ballooning prices, so how did he get it so wrong?,” Rayner asked.

Johnson replied: “Of course I said no such thing because inflation is always something that we have to be careful about, but what we are doing is making sure that we protect the people of this country throughout what is unquestionably going to be a difficult period, and that’s why we are ensuring that we’ve lifted the Living Wage by record sums, we make sure people have cold weather payments, making sure that they have the warm homes discount…”

Shortly after the exchange, Sky News political editor Beth Rigby tweeted a video clip in which Johnson said: “People have been worried about inflation for a very long time, and those fears have been unfounded.”

PM: “I said not such thing”

Rayner said: “Nobody wants to mislead the House, and I’m sure the prime minister wouldn’t want to do that either.

“Earlier I quoted the prime minister when he said that fears about inflation were unfounded. He said that he didn’t say that, and yet the Sky journalist Beth Rigby has now put this clip on social media.

“So I’m just wondering whether the prime minister would like to correct the record?”

Commons speaker Lindsay Hoyle said he would not extend the debate, instead saying it was a “point of clarification that has been achieved”.

Pre-Departure Covid Tests And Isolation For Travellers To England Scrapped