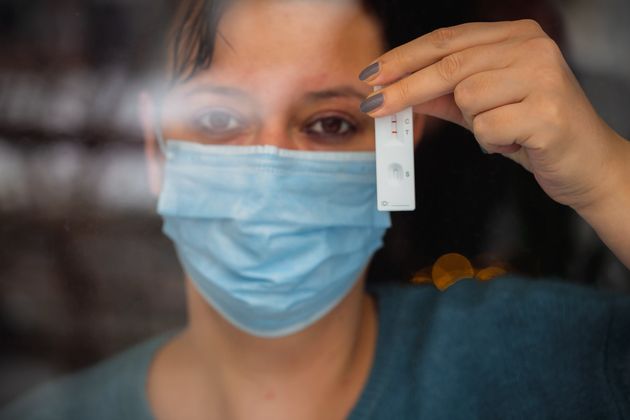 Lateral flow tests will soon be the primary way for people without symptoms to find out if they have Covid, even though they have been criticised for not consistently detecting the virus in the past.

Prime minister Boris Johnson announced on Wednesday that from the January 11 the rules around PCR tests and lateral flow tests (LFTs) will be changing.

Asymptomatic people who test positive on LFTs no longer need to take follow-up PCR tests. Instead, they have to start their self-isolation period immediately, rather than waiting for another test result.

Symptomatic people, on the other hand, are advised to continue taking PCRs.

What’s the science behind it?

PCRs detect even the tiny amounts of Covid in the body shortly after someone first contracts the virus (from around day 2) hence why they usually pick up the virus earlier than LFTs.

LFTs only show a positive test result when the viral load is higher in the body – around day 3 – which is also when the infected person is at their most contagious.

The positive line on the test will be stronger according to how much virus was in the sample.

People become less infectious as the viral load lessens, at which point LFTs will stop showing a strong positive result. This is usually around day 8.

PCRs, because they are so sensitive, can detect Covid long after the infected individual stops being infectious.

Those who tested positive for the virus are advised not to take a PCR test for 90 days afterwards, because these tests will show they are still positive even when they are no longer infectious. These people will also have natural immunity for this time.

Ok this graph about when you're infectious and when a test picks it up makes sense to mehttps://t.co/kE6WPqRB2Epic.twitter.com/erZPzIUYex

How do your symptoms fit into this?

US epidemiologist and immunologist Dr Michael Mina explained how LFTs work on Twitter amid concerns LFTs were not going to pick up the new highly-transmissible variant, Omicron.

Responding to questions about why some people tend to stay negative on LFTs the first few days they have symptoms, he explained: “This is expected. Symptoms don’t [equal] contagious virus.

“This is literally a reflection of the fact that vaccines are doing their job!”

RAPID TESTS DO WORK WITH OMICRON

"But why are some people staying negative in the first days they have symptoms??"

This is expected. Symptoms don't = contagious virus
This is literally a reflection of the fact that vaccines are doing their job!

Dr Mina added that newly symptomatic people who are coming up negative on LFTs are “probably not infectious” but it’s advisable to test again the next day.

“I am primarily trying here to explain that it is expected for people to show symptoms earlier than before, as a result of vaccination and developed of acquired immunity.

“My point was that symptoms SHOULD be expected to arise early now that people’s immune systems don’t have to spend 5+ days realising someone is infected with a new virus. Now our immunity kicks in fast, and with it, symptoms do too.”

He also shared a series of photos of LFTs each day during someone’s isolation period.

These images clearly show the positive line on each test strengthening during the first part of the self-isolation before fading out again by day 10.

This demonstrates that the individual who was taking the tests was at their most infectious during the middle of their isolation.

Here is the original tweet by @neurotheory showing this TERRIFIC Time course of tests.https://t.co/EbZ6dbDzEG