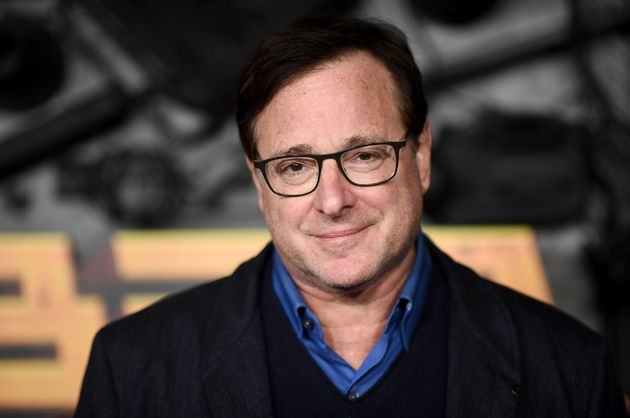 Bob Saget, the popular comedian and actor, has died at the age of 65.

The US star, most famous for his starring role as Danny Tanner in the long-running hit TV series Full House, was found dead in a room at the Ritz-Carlton in Orlando, Florida, Sunday, the Orange County Sheriff’s Office said in a statement.

“Deputies were called to the Ritz-Carlton Orlando, Grande Lakes for a call about an unresponsive man in a hotel room. The man was identified as Robert Saget & pronounced deceased on scene,” a spokesperson said.

No cause of death was immediately available. Detectives found no signs of foul play or drug use.

Bob had kicked off a nationwide stand-up tour I Don’t Do Negative in September that was scheduled to run until June. He was in the middle of a string of performances in Florida, and appeared to be thrilled with the work.

He performed in Jacksonville at the Ponte Vedra Concert Hall Saturday night, and tweeted afterwards: “Loved tonight’s show… I had no idea I did a 2 hr set tonight. I’m happily addicted again to this shit.”

Loved tonight’s show @PV_ConcertHall in Jacksonville. Appreciative audience. Thanks again to @RealTimWilkins for opening. I had no idea I did a 2 hr set tonight. I’m happily addicted again to this shit. Check https://t.co/nqJyTiiezU for my dates in 2022. pic.twitter.com/pEgFuXxLd3

He posted a similar message on Instagram, writing: “I’m back in comedy like I was when I was 26. I guess I’m finding my new voice and loving every moment of it.”

Bob said he would be back on stage in two weeks.

“Goin’ everywhere until I get the special shot,” he added. “And then probably keep going cause I’m addicted to this shit. Peace out.”

Tributes began pouring in for him following the news of his death, with his Full House co-star John Stamos tweeting that he was in “complete and utter shock”:

I am broken. I am gutted.  I am in complete and utter shock.  I will never ever have another friend like him.  I love you so much Bobby.

Seeing this tweet from B.J. six days ago and I agree. You couldn’t find a nicer or sharper wit than Bob Saget. Shocked and devastated. 💔💔💔 https://t.co/QgiYCW5H92

“Still in shock,” tweeted Saturday Night Live﻿ alum Gilbert Gottfried. “I just spoke wit Bob a few days ago. We stayed on the phone as usual making each other laugh.”

Still in shock. I just spoke with Bob a few days ago. We stayed on the phone as usual making each other laugh. RIP to friend, comedian & fellow Aristocrat Bob Saget. pic.twitter.com/TDKT8JoULq

“I’ll miss Bob Saget so much,” tweet stand-up comic Nikki Glasser. “He was as kind as he was funny.”

I’ll miss Bob Saget so much. He was as kind as he was funny.