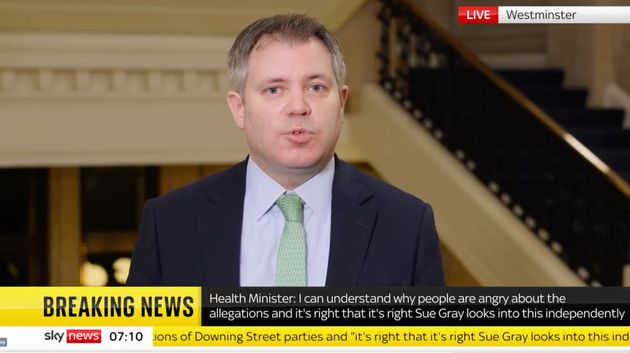 A minister has been unable to say whether Boris Johnson attended a “bring your own booze” gathering of 40 people in the Downing Street garden during the height of the first coronavirus lockdown.

Health minister Edward Argar said he did not know what “did or didn’t happen” but that he understood why people were “upset and angry” about allegations that the prime minister and his wife Carrie Johnson attended the party on May 20, 2020.

Downing Street was plunged into further crisis last night after ITV published an email from the prime minister’s private secretary, Martin Reynolds, inviting more than 100 employees to a “bring your own booze” gathering.

ITV says around 40 staff gathered in the garden that evening, including Johnson and his wife.

The leaked email read: “After what has been an incredibly busy period it would be nice to make the most of the lovely weather and have some socially distanced drinks in the No10 garden this evening.

“Please join us from 6pm and bring your own booze!”

On the same day, the then culture secretary Oliver Dowden told the public they could only meet with one other person outside of their household in a public outdoor space, provided they kept two metres apart.

Police have since confirmed they are “in contact with the Cabinet Office” following the reports of the drinks party, which is also the subject of an investigation by civil servant Sue Gray.

The prime minister previously refused to confirm whether he attended the event or not and would only say that it was subject of a “proper” investigation by Gray.

Citing the email, Sky’s Kay Burley said: “We’ve all seen the email invitation, it says join us. It’s from Martin Reynolds. Martin Reynolds would only write ‘join us’ if it was from the prime minister, wouldn’t he?

Argar replied: “Well, I’m not sure…I have seen the email, I don’t know the context of that email, and I think that you’re you’re making a leap there in assuming and making an assumption about the prime minister.”

He added: “We’ve lost 150,230 people to this disease, so I can understand with these allegations that people will be upset and angry, which is why it’s right that the prime minister asked for that independent investigation to be completed at pace, to get to the facts behind these allegations.”

Asked whether he would accept the invitation if he was invited, Argar said he spent last May “glued to my Zoom screen”.

“I spent my May last year talking to you on various occasions, and various other media outlets, but pretty much glued to my Zoom screen and making sure that I knew what the regulations were – not least because I was a health minister who’d helped draw them up.”

Pressed again on whether he would have accepted such an invitation, he replied: “I wasn’t invited to any parties and I’m not going to get into any hypotheticals.

“I was clear about what the rules were at the time and it’s right that Sue Gray is looking into this matter independently.”

“Boris Johnson’s deflections and distractions are no longer tenable,” she said.

“Sue Gray is a highly respected civil servant who will be carrying out an investigation to the highest standard.

“But the truth is out now. Not only did Boris Johnson know about the parties, he attended them and he lied.

“It’s time for the prime minister to stop hiding behind Whitehall inquiries and finally come clean.” 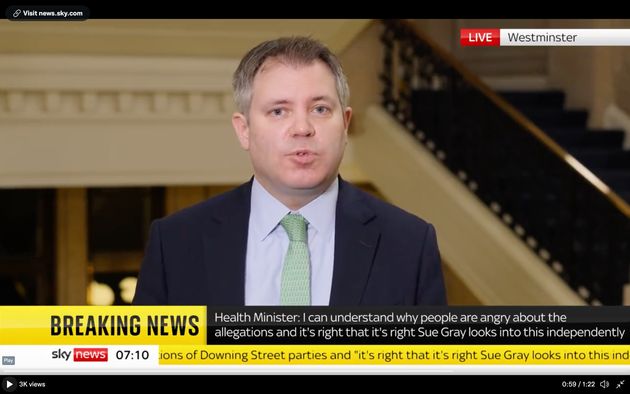