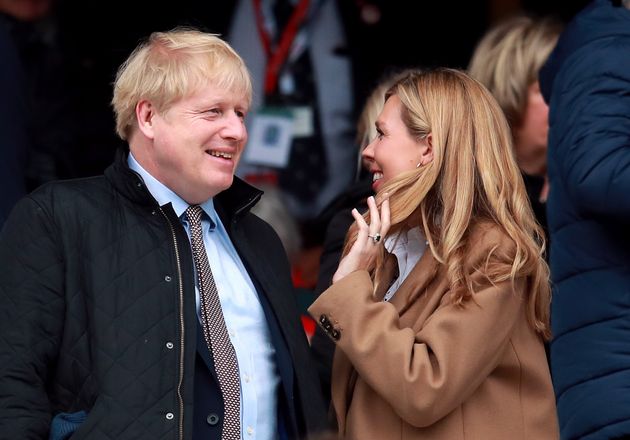 Further claims that No.10 Downing Street was holding parties when the rest of the country was in lockdown emerged on Monday, infuriating Twitter.

A leaked email, uncovered by ITV News, suggests that more than 100 members of staff were invited to a drinks party in the No.10 garden to “make the most of the lovely weather” in May 2020.

The email was allegedly sent by the prime minister’s principal private secretary Martin Reynolds and it has been claimed approximately 30 to 40 people attended the event.

“They simply say they won’t comment on the story due to [civil servant] Sue Gray’s internal inquiry into the ten or so parties now under investigation.”

The leaked email followed a report from The Sunday Times citing three sources who received an invite from Reynolds for a ‘BYOB’ – bring your own booze – drinks party.

It comes around a month after a flurry of claims that Downing Street had been hosting a number of other social events leading up to Christmas 2020.

Although the Metropolitan Police denied that there was enough evidence to investigate previous allegations of these Downing Street parties, officers have confirmed they are now “in contact with the Cabinet Office” about these latest claims of a drinks event.

Johnson himself has refused to confirm if he attended.

Unsurprisingly, this latest claim has really riled people on Twitter.

Let me put this politely: it is not *entirely clear* why the Prime Minister needs to wait for Sue Gray's report to find out if he went to a party in his own garden

My inbox is full of heartbreaking emails from people who were achingly lonely, desperate to see their grandkids or parents and couldn’t say goodbye to loved ones. Nothing but anger and contempt this morning for a PM who made the rules, broke them and then told us he didn’t. https://t.co/mQthC58XB2

A reminder that in May 2020 Matt Hancock said he was “speechless” at Prof Ferguson breaking lockdown rules and that he backed police action.

He later had to resign himself.

Everyone who attended that No 10 party 2 weeks later must also resign, including Boris Johnson.

The Downing Street BYOB Party needs to be seen in the context of the time – us being told to only meet one person outside, massive restrictions, massive deaths, the Cummings scandal about to break.

The alleged event itself has been dubbed a ‘Marie Antoinette’ moment…

What bugs me about all this is that elderly were imprisoned in their own homes, fearful for their lives, as instructed by these arrogant shits.
This was a Marie Antoinette "let them eat cake" event. https://t.co/qaYzaBB2D0

“The small minority who break the rules,” or as my husband described them, “100 shitbags who went to this party and never said anything.” https://t.co/PxgwA0HGJY

As have Downing Street’s previous defences over the party allegations…

The May 2020 party may be the most damning so far, because it undercuts Number 10’s key defences to date.

People are questioning ‘how we can allow this to continue’…

I have been reduced to tears by @BBCRadio4 email about the two small sons who could not see their dying mother at the same time as the invite for a party in Downing Street went out. I cannot see how we can allow this to continue?

And to think at the time Dominic Cummings was given a trestle table in the Downing Street rose garden for his 'Barnard Castle eye test' press conference, members of the Government – who staunchly defended him – had already been attending these parties…https://t.co/13GeWlOekA

‘Bring a bottle’
‘Bring your partner’
‘Bring a sense of self-entitlement and aloofness and laugh at the public’ https://t.co/sne0IWwyaw

…And a few people even expressed fear that the police will not investigate these claims.

Exhibit A , or if you're the @metpoliceuk …..a stone age transcript. https://t.co/lqpnIuSycU 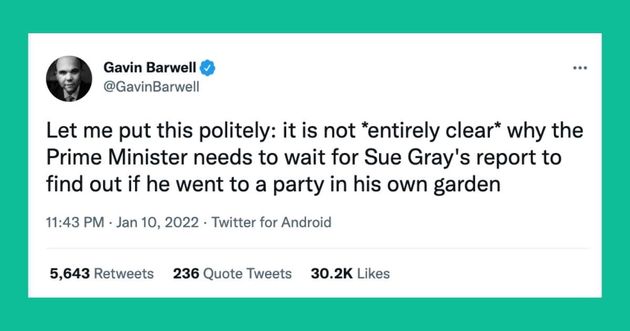 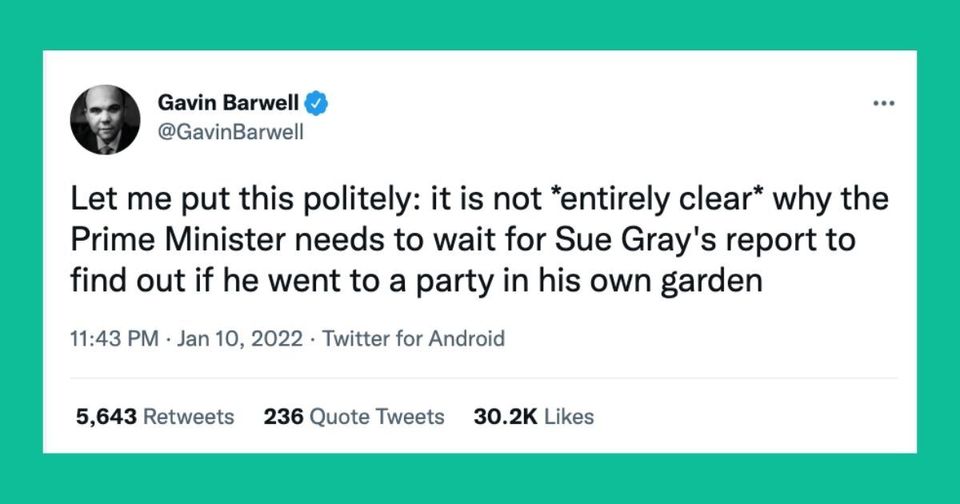