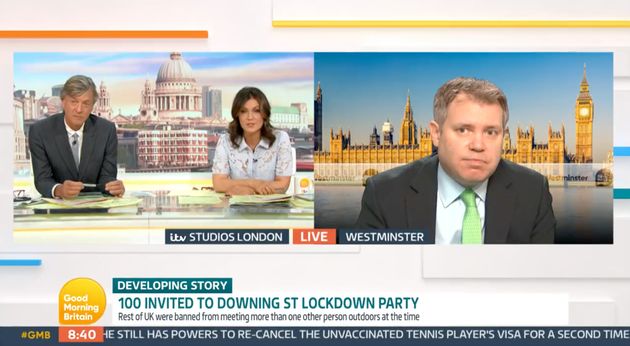 Susanna Reid had some big questions for health minister Edward Argar during Tuesday’s edition of Good Morning Britain, over allegations that Boris Johnson attended an outdoor party with around 40 government employees during lockdown in May 2020.

On Monday, ITV News reported that an invitation was sent to around 100 government employees for a “bring your own booze” event in the Downing Street gardens.

It’s been claimed this party took place five days after another outdoor gathering where the prime minister and his wife Carrie Johnson were pictured with Downing Street officials having wine and cheese in the garden, at what was claimed to be a business meeting.

During Tuesday’s live broadcast of GMB, Susanne Reid spoke to Argar about the alleged event, and the fact that Johnson has previously dodged a question about whether or not he was in attendance.

Referencing civil servant Sue Gray’s investigation into the matter, Susanna put to Argar during the tense exchange: “Why can’t the prime minister say whether or not he was there? And why [does he have to] ask Sue Gray whether he was at the party?

“The prime minister knows if he was at that party better than Sue Gray does.”

“I think the prime minister is taking this incredibly seriously,” Argar began.

“He didn’t take it seriously yesterday, Mr Argar, he laughed when he was asked that question,” Susanna pointed out.

“If he took it seriously, why didn’t he answer the question, and either say ‘no and I’m going to find out who was there’ or ’yes and I’m extremely sorry because it was a breach of the rules and I shouldn’t have been there.”

'There's one person who knows whether the PM was at that party beyond all doubt and that is the PM it is remarkable that he has to ask a third party whether he was there or not' @susannareid100 challenges Edward Argar MP over Boris Johnson's response to the Downing St party. pic.twitter.com/l2aDaHsuDl

Argar responded: “What he’s saying is, I’ve asked Sue Gray to look into this’…”

An unconvinced Susanna then interjected, saying: “Asking Sue Gray whether he was at the party? Sorry, that’s not taking it seriously.”

“Susanna, he’s asked her, as an independent figure, of the highest integrity, to look into all aspects of these allegations and reports, and I think that is absolutely the right way to do it. He shouldn’t comment before that.”

The presenter then asked again: “Why does he have to ask Sue Gray – who we can be pretty sure wasn’t at the party – whether he was at the party?”

“I think it’s important that he lets her conduct her investigation without intervening at particular points or answering particular things,” Argar said.

Susanna then concluded: “There’s one person who knows whether the prime minister was at that party, beyond all doubt. And that is the prime minister. And it is remarkable that he has to ask a third party whether he was there or not.” 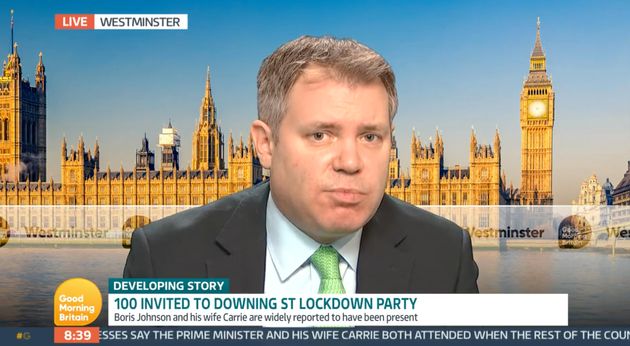 Earlier in the morning, Argar also appeared on Sky News, where he was unable to say whether or not Johnson was among the guests at the alleged outdoor gathering, when strict lockdown measures were still in place across the UK.

“I have seen the email [invitation],” he told Kay Burley. “I don’t know the context of that email, and I think that you’re you’re making a leap there in assuming and making an assumption about the prime minister.

“We’ve lost 150,230 people to this disease, so I can understand with these allegations that people will be upset and angry, which is why it’s right that the prime minister asked for that independent investigation to be completed at pace, to get to the facts behind these allegations.”

Good Morning Britain airs every weekday from 6am. 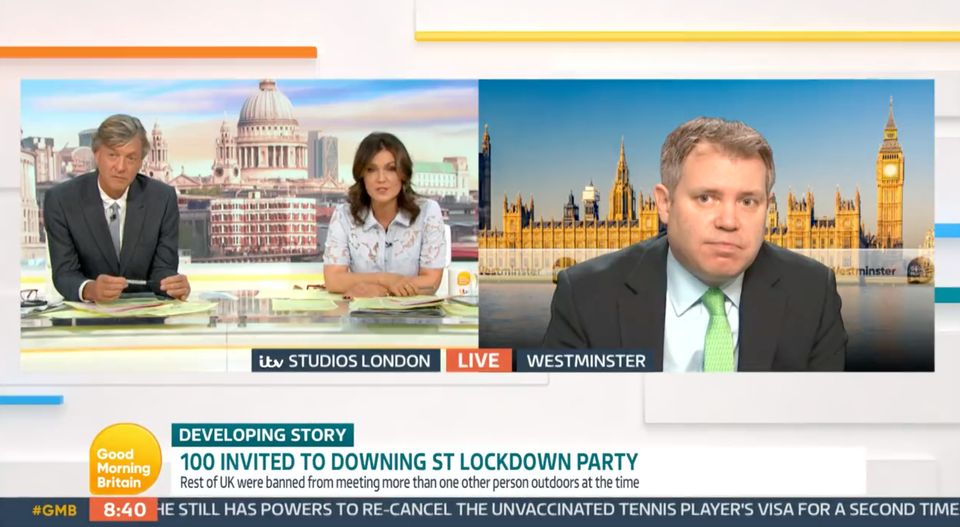