Who Is Sue Gray? What We Know About The Official Investigating Whitehall’s Lockdown-Breaking Parties 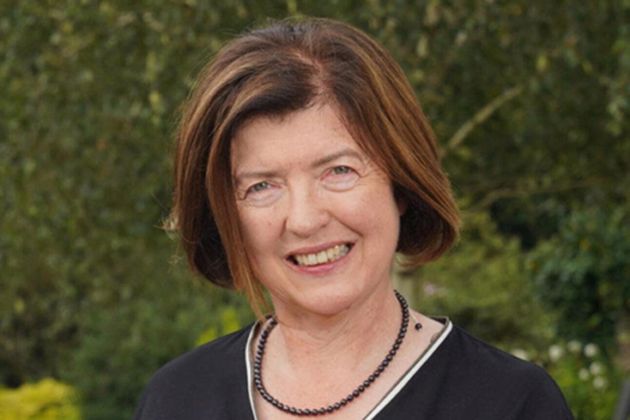 The name “Sue Gray” has been uttered repeatedly in recent days as the heat is turned up on Boris Johnson’s government over a series of alleged lockdown-busting Whitehall parties.

“All that, as you know, is the subject of a proper investigation by Sue Gray,” the prime minister told a pool reporter on Monday when asked if he had attended the now notorious “bring your own booze” gathering on May 20, 2020.

“It is important that we let Sue Gray to do her investigation, we see what the findings are so we actually understand the facts,” Northern Ireland secretary Brandon Lewis said on Tuesday when also quizzed about rule-breaking events

In short, whenever there’s a question to be dodged, simply summon the words “Sue Gray”.

So who is she?

Gray, 64, is a long-serving civil servant described variously as an “enforcer”, “deputy God” and a hugely influential Whitehall powerbroker.

In December, Gray was tasked with finding the truth behind the spate of apparent parties across Whitehall during coronavirus restrictions. Appointed to run the probe after cabinet secretary Simon Case quit because a quiz was held at his department, Gray has led various SW1 probes that have seen Cabinet ministers fall.

What does she do?

Gray is second permanent secretary at the Department for Levelling Up, Housing and Communities, and is also part of the panel deciding who will be next chair of the media regulator Ofcom.

She was previously director-general of propriety and ethics in the Cabinet Office from 2012 to 2018. In that role, she would oversee Cabinet reshuffles, have a hand in the honours list and even sign off political memoirs to ensure nothing troublesome about government is revealed.

In his memoirs of being a Liberal Democrat member of the coalition government, ex-Cabinet minister David Laws recalled a conversation in the No. 10 canteen with Oliver Letwin, David Cameron’s policy chief, who suggested Gray “runs Britain”. Laws recounted Letwin saying:

“Unless she agrees, things just don’t happen. Cabinet reshuffles, departmental reorganisations, the whole lot – it’s all down to Sue Gray. Nothing moves in Whitehall unless Sue says so. She gets to censor our memoirs too! Our poor, deluded voters think the prime minister holds the reins of power. Wrong!

“The truth is our real leader, Sue Gray, sits at a small desk in the Cabinet Office. If only the Chinese and the Russians knew! They have probably been bugging all the wrong phones for years.”

Along similar lines, she was once described as “deputy God” by then Labour MP Paul Flynn in a meeting of parliament’s public administration committee.

In 2015, BBC Newsnight’s policy editor Chris Cook described Gray as “the most powerful person you’ve never heard of” after a long-running battle for information from the Cabinet Office. OpenDemocracy reported on Tuesday how campaigners have raised concerns about Gray’s involvement in the parties probe given her “stonewalling” of Freedom of Information requests.

What is she looking into?

The ‘BYOB’ party in the No 10 garden is just the latest in a string of allegations of gatherings held across the government while coronavirus restrictions were in place.

Johnson, his wife Carrie, former chief adviser Dominic Cummings, and Johnson’s principal private secretary Martin Reynolds were all pictured, in a photograph leaked to The Guardian, sitting around a table in the No 10 garden, with wine and cheese in front of them.

Some 15 other people were also in the photograph, but the prime minister has insisted this was a work meeting, saying: “Those were meetings of people at work, talking about work.”

The latest revelation came in an email, leaked to ITV, from Reynolds to more than 100 Downing Street employees asking them to “bring your own booze” for an evening gathering.

Multiple reports have suggested the Prime Minister attended the event with his wife.

According to reports at the time, Johnson gave a leaving speech for Lee Cain, his departing director of communications and close ally of Mr Cummings.

There are allegations that the prime minister’s then fiancee hosted parties in their flat, with one such event said to have taken place on November 13, the night Cummings departed No 10.

A spokesman for Johnson has called the claim “total nonsense”.

A Treasury spokesperson told The Times a number of staff had come into the office to work on the Spending Review.

They said: “We have been made aware that a small number of those staff had impromptu drinks around their desks after the event.”

The Mirror reported that the prime minister gave a farewell speech to an aide at the end of November while the lockdown in England was still in place.

Other reports have said the leaving do was for Cleo Watson, a senior Downing Street aide and ally of Cummings.

The DfE confirmed a social event had happened after The Mirror reported former education secretary Gavin Williamson threw a party and delivered a short speech at an event organised at his department’s Whitehall headquarters.

A spokesman acknowledged that “it would have been better not to have gathered in this way at that particular time”.

Shaun Bailey apologised “unreservedly” for attending the gathering at Conservative Campaign Headquarters organised by staff on his campaign team.

“It was a serious error of judgment at a time when Londoners were making immense sacrifices to keep us all safe and I regret it wholeheartedly,” he tweeted.

He quit his role chairing the London Assembly’s police and crime committee after The Mirror published a picture showing him at the gathering.

The prime minister appeared on contestants’ screens at the quiz but insisted he broke no rules.

An image published by the Sunday Mirror showed the prime minister flanked by colleagues, one draped in tinsel and another wearing a Santa hat, in No 10.

Downing Street admitted Mr Johnson “briefly” attended the quiz after the photographic evidence emerged but insisted it was a virtual event.

The Mirror reported senior civil servants were “boozing and dancing” at the event, allegedly planned by staff from transport secretary Grant Shapps’ office.

A DfT spokesman said: “Fewer than a dozen staff who were working in the office had a low-key, socially distanced gathering in the large open-plan office after work on December 16, where food and drink was consumed. We recognise this was inappropriate and apologise for the error of judgment.”

A number of outlets reported that a gathering was held in the Cabinet Office on December 17.

The Times reported that cabinet secretary Simon Case attended the party in room 103 of the Cabinet Office, that it had been organised by a private secretary in Case’s team, and that it was included in digital calendars as “Christmas party!”.

The Cabinet Office confirmed a quiz took place, but a spokesperson said: “The cabinet secretary played no part in the event, but walked through the team’s office on the way to his own office.”

The claim which kicked off the rule-breaking allegations is that a party was held for Downing Street staff on December 18.

Officials and advisers reportedly made speeches, enjoyed a cheese board, drank together and exchanged Secret Santa gifts, although the prime minister is not thought to have attended.

Johnson’s spokeswoman Allegra Stratton quit after being filmed joking about it with fellow aides at a mock press conference.

Gray oversaw the Plebgate inquiry in 2012 after former chief whip Andrew Mitchell was accused of calling a policeman a “pleb” at the Downing Street gates.

Mitchell resigned a month after the altercation. He also lost a high-profile action against News Group Newspapers, the publishers of the Sun, as a judge declared he had reached the “firm conclusion” that Mitchell had used the “politically-toxic” word when he was not allowed to cycle through the main vehicle gates.

Gray also led the probe in 2017 that saw then prime minister Theresa May’s deputy Damian Green resign after the inquiry concluded the MP had lied about pornography on his computer and found “plausible” evidence he had sexually harassed a young activist.

While little appears to be known about Gray beyond her formidable reputation within Westminster, she did run a pub in Northern Ireland in the 1980s. The Sunday Times reported in 2017:

″(Gray) took an unusual ‘career break’ in the 1980s, running The Cove public house near Newry with her husband, Bill Conlon, a country and western singer.

“The pub, popular with both Protestants and Catholics, was less than 10 miles from the Irish border in a region so violent it was dubbed ‘Bandit Country’. It has since closed down.

″‘She was a good landlady,’ said Adrian Fegan, who drank at the pub when Gray owned it with her husband.”

The official government website notes: “Sue also took a career break in the late 1980s when she bought and ran a pub in Newry, Northern Ireland.”

27 Of The Funniest Tweets About Married Life