An Old Video Of Boris Johnson Dancing Emerges, And People Want To Sip The Unsee Juice

An old video of Boris Johnson dancing at a party has resurfaced on social media – and many people are rubbing their eyes.

The clip – apparently pre-Covid – was doing the rounds on most platforms the day after Johnson admitted attending a “bring your own booze” gathering in the garden of No. 10 during England’s first lockdown. Although, the PM insisted, he believed it had been a “work event” and not a party.

The video involves the strains of Lionel Richie’s ‘All Night Long (All Night)’, a flailing lightsaber and the kind of movement that you might charitably describe as “Dad dancing”.

The original source of the 40-second clip is unclear.

But a video was posted on Instagram on Thursday …

Journalist Henry Dyer suggested the clip is from Johnson’s time as mayor of London, and he is tearing up the dancefloor with the then-chair of the London Assembly at a Christmas party (perhaps in 2013).

Here's the register of gifts angle for those wondering: The "light sabre" was a gift from ILM/Lucas Film in June 2013 https://t.co/mRMxlpyrqj

The lightsaber is likely to be a gift: the Star Wars weapon of choice was “manufactured and invented” in South Ruislip in Johnson’s Uxbridge constituency, he said in 2019.

“I have a lightsaber in my office in Westminster – it is a most beautiful thing which was presented to me by no less a figure than Christopher Lee (who played Count Dooku in Star Wars),” Johnson revealed.

Suffice to say much of the online commentary focuses on whether Johnson knows what a party is or not.

Just so many questions… https://t.co/VS9zqMWbOO

This has been doing the rounds on social media today. Just to be clear this is me dancing with Boris Johnson at the GLA Christmas party in 2009, NOT at the Downing Street Christmas party during lockdown in 2020 – which I wasn't invited to…. pic.twitter.com/r7h2oC9nyj

I didn't know it was a party… pic.twitter.com/kCd1TU217B

This was just sent to me on WhatsApp, and it's…I don't know how to describe it 😂

Boris Johnson dancing with someone who has a light saber.

If anyone knows the original source of this, please tag them! pic.twitter.com/3bRwSg2iSg 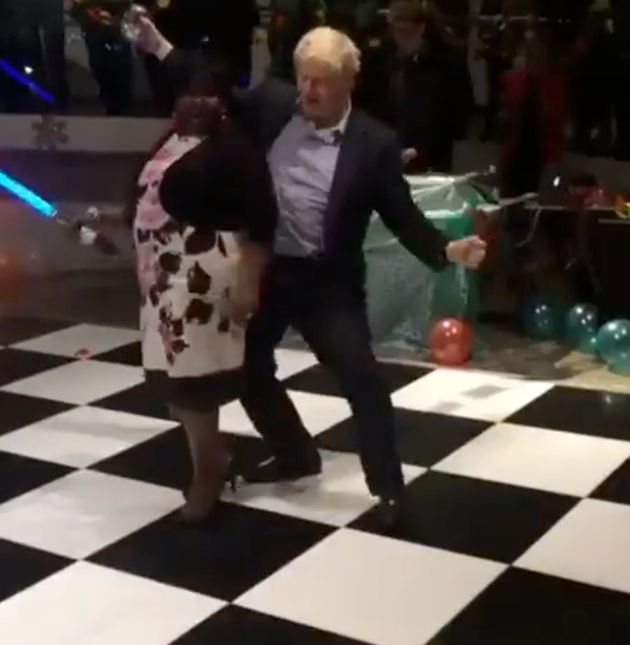