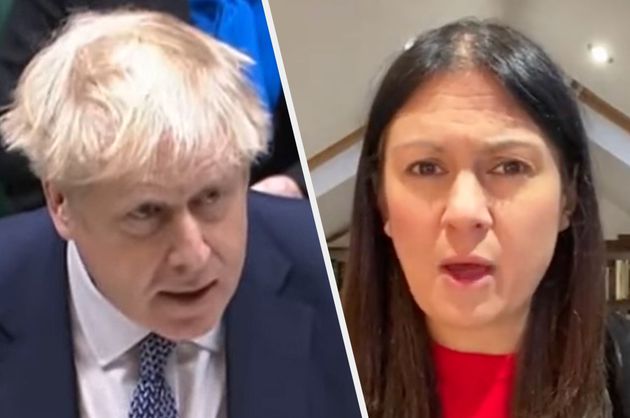 Boris Johnson’s apology over the No.10 drinks party was torn apart by a Labour shadow cabinet minister, she claimed he was “sorry he got caught”.

The prime minister is facing a torrent of criticism and calls for his resignation after he admitted that he did spend 25 minutes socialising with Downing Street staff at a No.10 drinks party back in May 2020, when the country was under lockdown.

However, Johnson has maintained that he did not actually break any rules because he “implicitly” thought it was a work event.

“I listened carefully to what the prime minister had to say in the House of Commons,” she began.

“He’s clearly sorry, but he’s sorry not that he did it, but I think he’s very sorry he got caught.”

This is far from the first Downing Street party reported to have taken place throughout 2020, when Covid restrictions prevented large gathering for most of the year.

Before Christmas, Johnson was scrutinised over an alleged Downing Street party back in December 2020.

One of his then aides, Allegra Stratton, resigned amid widespread public fury when a leaked video showed her joking about hosting a party and getting away with it.

Even then, the prime minister was adamant that “all evidence shows people in this building [Downing Street] stayed within the rules”.

He’s not sorry he did it, he’s sorry he was caught – @UKLabour 🔴

Nandy continued: “He told us over and over again, that no rules have been broken.

“He expressed real anger at those aides who laughed about parties taking place.

“He’s said people around him and in his inner circle who broke the rules must go  – and yet he seems to believe those rules don’t apply to himself.

This drinks party only became public knowledge after a ‘bring your own booze’ invitation email from Johnson’s principle private secretary, Martin Reynolds, was leaked.

Nandy continued: “Even now, he’s not coming clean about what he knew about whether the email was sent out on his authority and with his knowledge to nearly 100 staff to bring their own booze to a party while other people were being fined and cautioned, because they were breaking rules that he himself was breaking.

“I agree with the very small number of Tories who have had the courage and integrity to come and say, he must go – he’s just not fit to hold office.”

While some Conservative backbenchers are coming forward and calling for Johnson to resign, the vast majority of his cabinet are standing by him.

Northern Ireland secretary Brandon Lewis defended him on Thursday, and then admitted that Johnson thinks “he hasn’t actually done anything that’s outside the rules” by attending a party during the first national Covid lockdown.

These Are The Most Popular Nature-Inspired Baby Names