As Women Mourn Ashling Murphy, It Shouldn’t Matter That ‘She Was Just Running’ 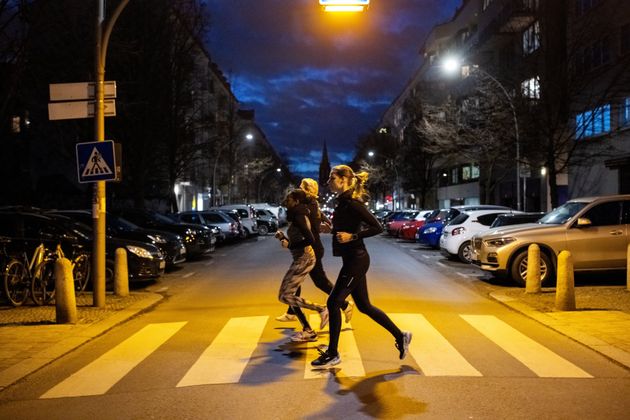 When news broke that primary school teacher Ashling Murphy was killed while out jogging, the community was shocked. But given the astronomical figures of gender-based violence around the world, many of us weren’t surprised.

The 23-year-old, who was described as “fantastic, beautiful, and an extraordinary sportsperson” was attacked while running along the canal at Tullamore, County Offaly in Ireland, at 4pm.

Since then, women have been mourning her death and on social media, a popular phrase has been shared: “She was just running.”

We’ve seen a similar sentiment in other cases of violence against women. When Sarah Everard was tragically killed last year by a police officer, “she was just walking home” began to trend.

But, some have pointed out why this sort of framing can be harmful.

Activist and author of Everyday Sexism, Laura Bates, pointed out that the inclusion of the word ‘just’ suggests that these victims were doing normal things that should’ve kept them safe.

Crucially, Bates asks if we would have the same attitude if the victim had been a sex worker, a drug-taking woman, or out late at night, drunk.

“I understand why people are posting ‘she was going for a run’. I get why ‘she was just walking home’ and ‘she did all the right things’ trended after Sarah Everard died. I know it comes from a place of grief and rage,” she wrote on her Instagram.

“But it doesn’t matter what they were doing. When we say ‘she was just doing this’ or ‘she was just doing that’, it suggests that the case wouldn’t have been quite so awful or tragic if she had been doing something else. Like if she was walking down an alleyway at 2am, or going to meet her married lover or a sex work client or if she was drunk or she had taken drugs… like it would be a little bit less awful in those circumstances.”

Bates argues that such framing “devalues women’s lives” and plays into the insidious narrative of “the perfect victim who deserves our sympathy and our grief because she did absolutely everything right. She didn’t deserve it”.

“Of course she f*****g didn’t,” she added. “But when we say that, no matter how unintentional, there’s a tiny, unsaid implication that some women do deserve it. A tiny reinforcement of the rules that bind us so tightly we can’t breathe, because if we step outside of them we know people will think we deserved our own deaths. A tiny little dehumanisation on top of a million other tiny cuts. It doesn’t matter what she was doing. It doesn’t matter. She shouldn’t be dead.”

Of course, people can grieve at a time like this in their own way – this is not about policing women’s words – but Bates’ post, which now has thousands of shares on Twitter and Instagram, has caused many of us to reflect on the language we use.

Some have also countered the remarks, saying the “she was just…” framing only emphasises that women’s actions are not the issue.

I’m not sure. I agree on the one hand (and am huge fan of Laura Bates) but for me the statement ‘she was just’ highlights that even when we do everything we’re *told* we should do to keep ourselves safe, we still are not because it’s not *our* actions that are the issue.

Still, Bates’ message is certainly not without reason. We’ve seen in the past how women’s actions have been used against them to somehow explain their deaths. A 2018 report concluded that “pervasive stigma” forces sex workers into more dangerous situations, ultimately leading to the asturomnically high number of occupational homicides.

Many also noted how Sarah Everard had been “doing all the right things” such as wearing layered, bright clothing, when she was walking home. But it begged the question, what about women who don’t?

In fact, research shows that the majority of men believe women are more likely to be sexually assaulted if they are wearing “revealing” clothes.

In another Instagram post, Bates pointed out that in the case of Sabina Nessa, another primary school teacher killed while walking through a park, the second-most Googled question was “what was Sabina Nessa wearing?”.

But in asking this, we shift the onus on to women once again.

“We would rather find a way, any way, to blame the women, than to fix the misogyny that kills them and the system that fails them,” Bates added.

The grim news comes after earlier this week an app was launched, backed by the Home Office, which tracks those walking at night through a monitored route.

But it was slammed by people as it doesn’t tackle the root of such violence and  expects women to do more – and be surveilled – instead of living a safe, free, public life.

We need better solutions to the threats women face.

It’s understandable that everyday activities – like running or walking home – resonate with the millions of women who do them every day. But it’s also crucial to remember that no one deserves to die while living their lives how they want.

No.10 Apologises To The Queen For Parties Held Hours Before Prince Philip’s Funeral

Emily Thornberry Dubs No.10 ‘Pathetic’ In A Scathing Take On Latest Partygate Excuse