Excuses, Excuses: How The Government Tried To Wriggle Out Of Partygate 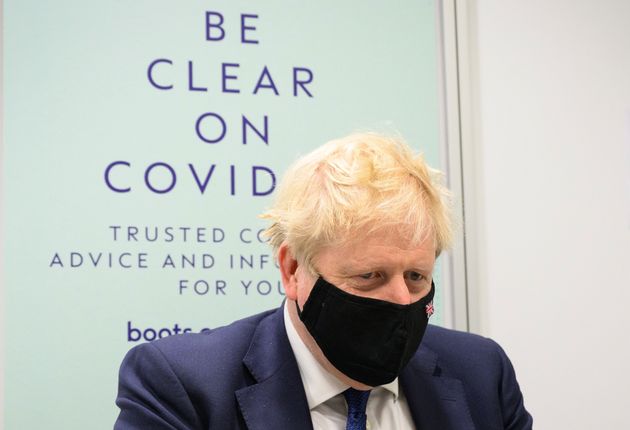 Partygate has been a scandal splashed across the front pages since December – and it doesn’t look like it’s going away anytime soon.

Leaked photos, emails and new allegations have been dripped to the media in recent weeks, each focused on a different party said to have taken place in Downing Street when the rest of the country was prohibited was under lockdown.

There are around seven parties which allegedly took place in No.10 between May 2020 and April 2021, and five other parties which happened outside No.10.

Top civil servant Sue Gray is set to release her inquiry findings into these supposed celebrations in the coming weeks, which Downing Street claims it will accept.

In the meantime, the government has been determinedly putting forward a whole range of reasons to explain away various parties.

Here’s a breakdown of the most eyebrow-raising excuses:

It was a “farewell speech”

This excuse followed Friday’s reports about two leaving parties taking place in No.10 the night before Prince Philip’s funeral, 16 April, 2021.

Referring to the leaving do for James Slack, the former director of communications for Johnson, No.10 said: “On this individual’s last day he gave a farewell speech, to thank each team for the work they had done, both those who had to be in the office and on a screen for those working from home.”

Business Insider has pointed out that Slack also left the civil service a month before the leaving do even happened. 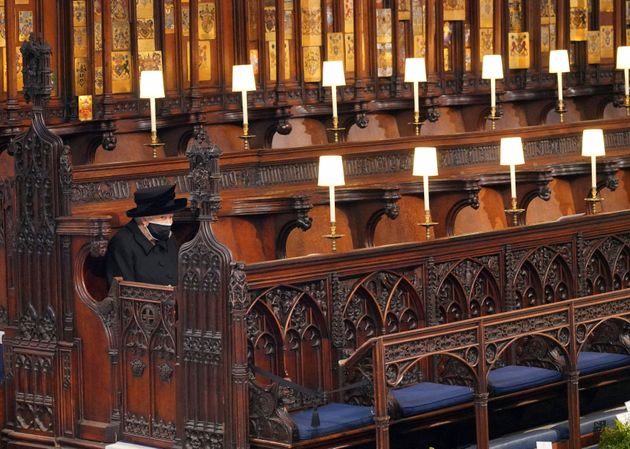 Refusal to acknowledge it was a party

Downing Street have issued an apology to Buckingham Palace following the allegations that staff partied the night before the Duke of Edinburgh’s funeral when the country was in national mourning.

However, No.10 has refused to confirm or deny what was happening behind the Downing Street doors at that time.

Johnson’s deputy spokesman simply said: “It’s deeply regrettable that this took place at a time of national mourning and No10 has apologised to the Palace.”

Asked why it was an apology from Downing Street not Johnson, the spokesperson said: “Again, the prime minister said earlier that misjudgements have been made, and it’s right people apologise as the PM did earlier this week.”

Truss claimed “he’s apologised” so everyone should “move on”

Addressing partygate in general, she said: “The prime minister apologised on Wednesday. He was very clear that mistakes have been made…I think we now need to move on…”

“I 100% support him to continue getting on with the job.”

In an interview shared with UK broadcasters, Foreign Secretary Liz Truss says it is time to “move on” after Boris Johnson apologised for attending an event in the No 10 garden in May 2020. pic.twitter.com/NLexOL9Su2

Courtesy of Jacob Rees-Mogg, the Commons leader, this one popped up on Thursday, in defence of the party on May 20, 2020.

Rees Mogg claimed: “We must consider as this goes to an inquiry and we look into what happened with Covid, whether all those regulations were proportionate or whether it was too hard on people.”

Even though the invitation to the drinks party on May 20, 2020, was sent out by Johnson’s principle private secretary Martin Reynolds – and the event itself was held in the prime minister’s back garden – Johnson allegedly did not see the email, which made it plain this was a social event.

On Wednesday, Downing Street claimed Johnson did not receive the email either, and did not instruct Reynolds to send the invitation, which explicitly states: “It would be nice to make the most of the lovely weather and have some socially distanced drinks in the No.10 garden this evening.” 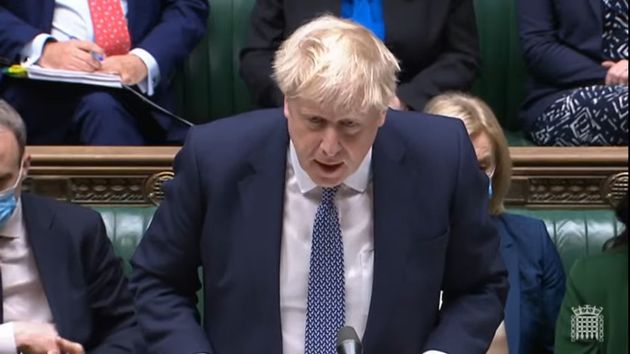 Johnson “didn’t know it was a party”

The prime minister made a public apology at the start of PMQs on Wednesday.

He said: “When I went into that garden just after six on May 20, 2020, to thank groups of staff before going back into my office 25 minutes later to continue working, I believed implicitly that this was a working event.”

Garden is an “extension of the office”

He also claimed: “No.10 is a big department with a garden as an extension of the office which has been in constant use because of the role of fresh air in stopping the virus.”

Technically “within the rules”

The prime minister also sidestepped any admission that this meeting between 30 and 40 Downing Street staff – and including booze – was outside of the rules.

He said: “I should have recognised that even if it could be said technically to fall within the guidance, there are millions and millions of people who simply would not see it that way, people who have suffered terribly, people who were forbidden from meeting loved ones at all inside or outside, and to them and to this House I offer my heartfelt apologies.”

The prime minister and his senior ministers have stonewalled a great deal of criticism by deferring to Gray’s investigation.

On Wednesday, Johnson said: “All I ask is that Sue Gray be allowed to complete her inquiry into that day and several others so that the full facts can be established.”

This phrase has been echoed by all of his Tory allies, and adds to the pressure surrounding her inquiry.

Excuses for the Christmas party

There were no parties

News about a potential Christmas party on December 18, 2020, broke last month, and was soon followed by a video of one of the prime minister’s then aides laughing about socialising during lockdown emerged.

Speaking on December 8, 2021, Johnson said he shared the anger of the public and claimed he was “furious” to see that clip.

He said: “I apologise unreservedly for the offence that it has caused up and down the country and I apologise for the impression that it gives.”

The prime minister then maintained he had been “repeatedly assured” that there was “no party”.

No rules were broken

During the same speech, Johnson maintained that “no Covid rules were broken” in No.10 throughout the pandemic.

Johnson also promised that “there will be disciplinary action for all those involved” once an inquiry into the alleged Christmas party had taken place.

Excuses for other 2020 parties

Justifying a photo which emerged showing Downing Street staff “having a drink after the formal business has been done” in No.10 on May 15, 2020, Raab claimed: “staff would have been under gruelling conditions”.

He also said it was clearly a business meeting because everyone attending was in a suit. 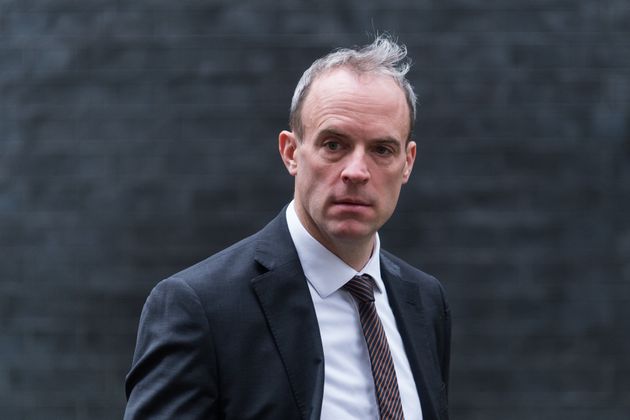 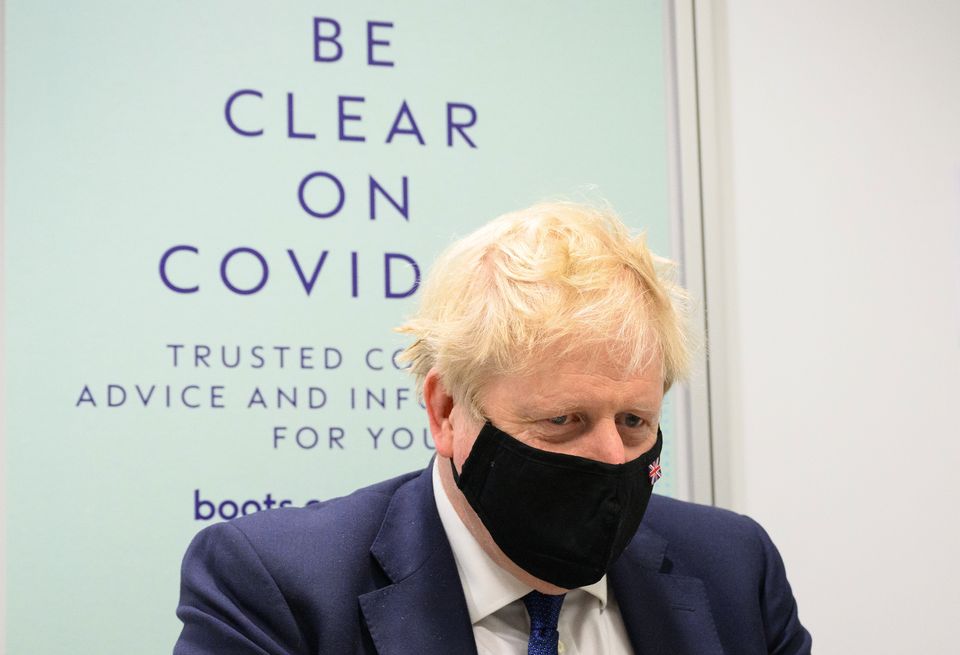 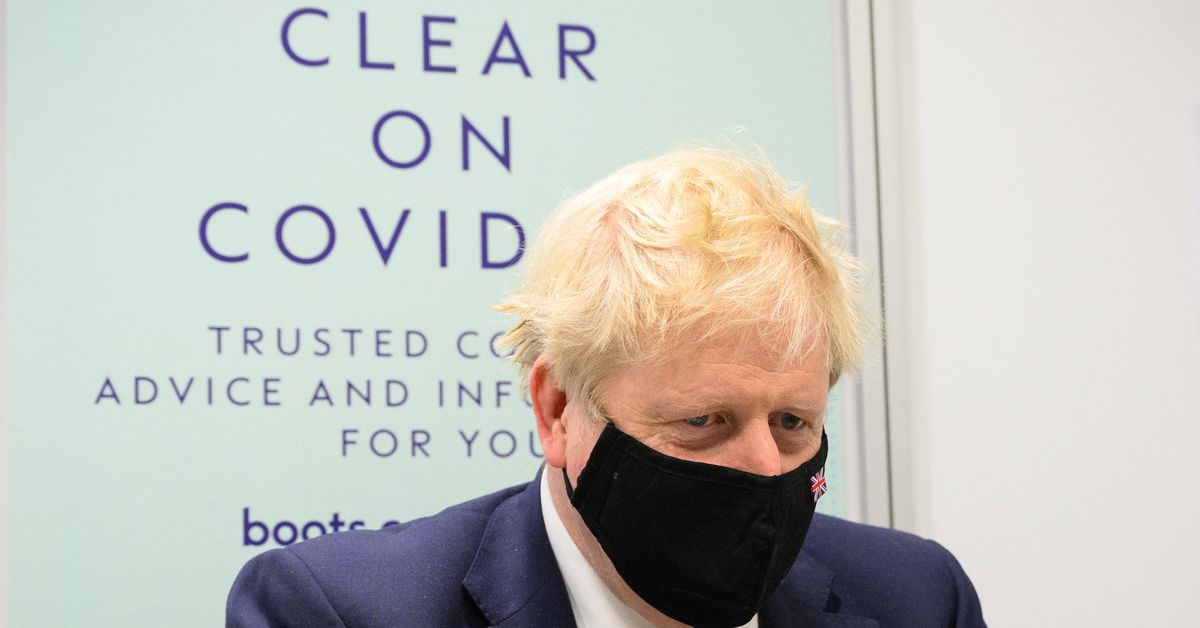