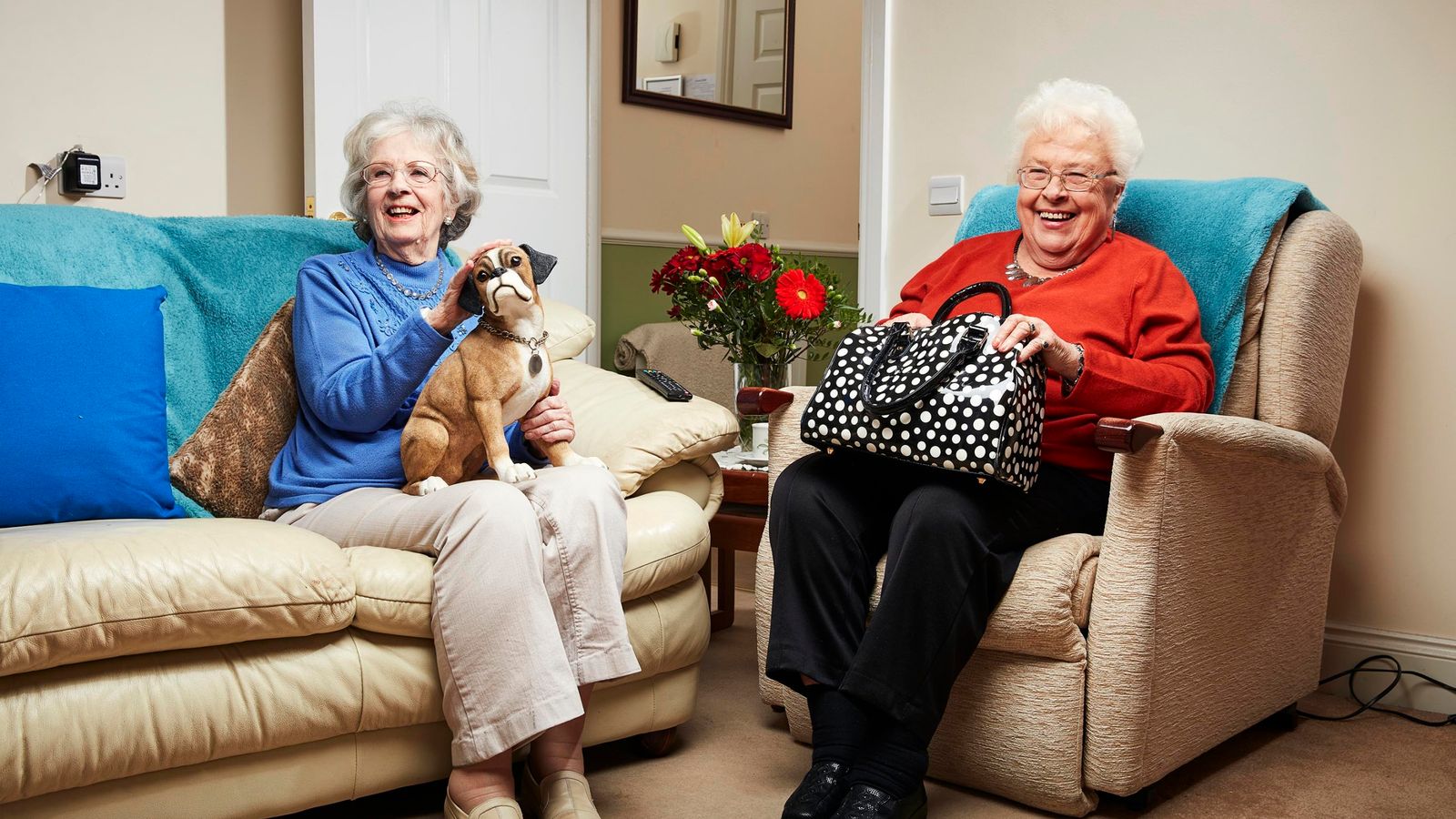 Tributes are being paid to Gogglebox fan favourite Mary Cook, who has died aged 92.

The former hospitality worker joined the Channel 4 programme in 2016 alongside fellow Bristolian Marina Wingrove, and the pair quickly became loved by viewers thanks to their “brilliantly witty and often cheeky” comments.

A statement issued by Channel 4 and Studio Lambert, which makes the programme, said she died in hospital at the weekend with her family by her side.

We are extremely saddened to share that Gogglebox star Mary Cook passed away in hospital this weekend at the age of 92 with her family by her side. She will be dearly missed by the entire Gogglebox family, cast and crew. pic.twitter.com/xvrlC0gmVE

Mary was a “beloved mother, grandmother, great grandmother and dear friend to many” who had been married and widowed twice, the statement said. She met Marina at a retirement village more than 10 years ago and they had been friends ever since.

“They joined Gogglebox in 2016 at the start of series eight and became instant fan favourites due to their brilliantly witty and often cheeky comments.

“Mary will be sorely missed by the entire Gogglebox family, cast and crew. Our love and thoughts are with Mary’s family, friends and Marina.”

Gogglebox, which launched in 2013, features a number of families and groups of friends from all walks of life and different places around the UK, reacting to the week’s TV shows and films from their sofas. The 18th series is due to start later this year.

Fellow armchair critics from the show were among those paying tribute to Mary on social media.

Sophie Sandiford, from Blackpool, who appears alongside her brother, Pete, shared a picture of Mary and Marina in her Instagram Stories, writing: “Rest in Peace Mary.” Ellie Warner, from Leeds, who stars alongside sister Izzi, also shared the photo.

Sad to hear that #Gogglebox stalwart Mary Cook (of Mary and Marina fame) has passed away aged 92. Those two were always great value with their cheeky twinkle and love of a singsong. Beauty of the show is that the cast feel almost like family. RIP

Entertainment journalist Michael Hogan said both Mary and Marina were “always great value with their cheeky twinkle and love of a singsong”, while TV critic Scott Bryan shared a clip of Mary singing to her friend.

Twitter user Monty Moncrieff was also among the fans of the show paying tribute, writing: “Aw, no! How sad. Mary & Marina’s saucy cheek was one of the (many) delights of #Gogglebox. How lovely to have enjoyed some late-life popularity though and a absolute treat for us all to share it. Best wishes to Marina and to Mary’s family. 92! Amazing.”

Bristol’s St Monica Trust retirement home, where Mary and Marina lived, said the pair were discovered by a researcher for Gogglebox during a shopping trip to Asda.

According to their website, Mary said: “I was going shopping, so I asked them if they could wait until we got back. They came up to Marina’s flat, held cards up of different famous people and we had to talk about them.”

The friends had been absent from the programme temporarily due to the the coronavirus pandemic, but did take part in the latest season finale in May.