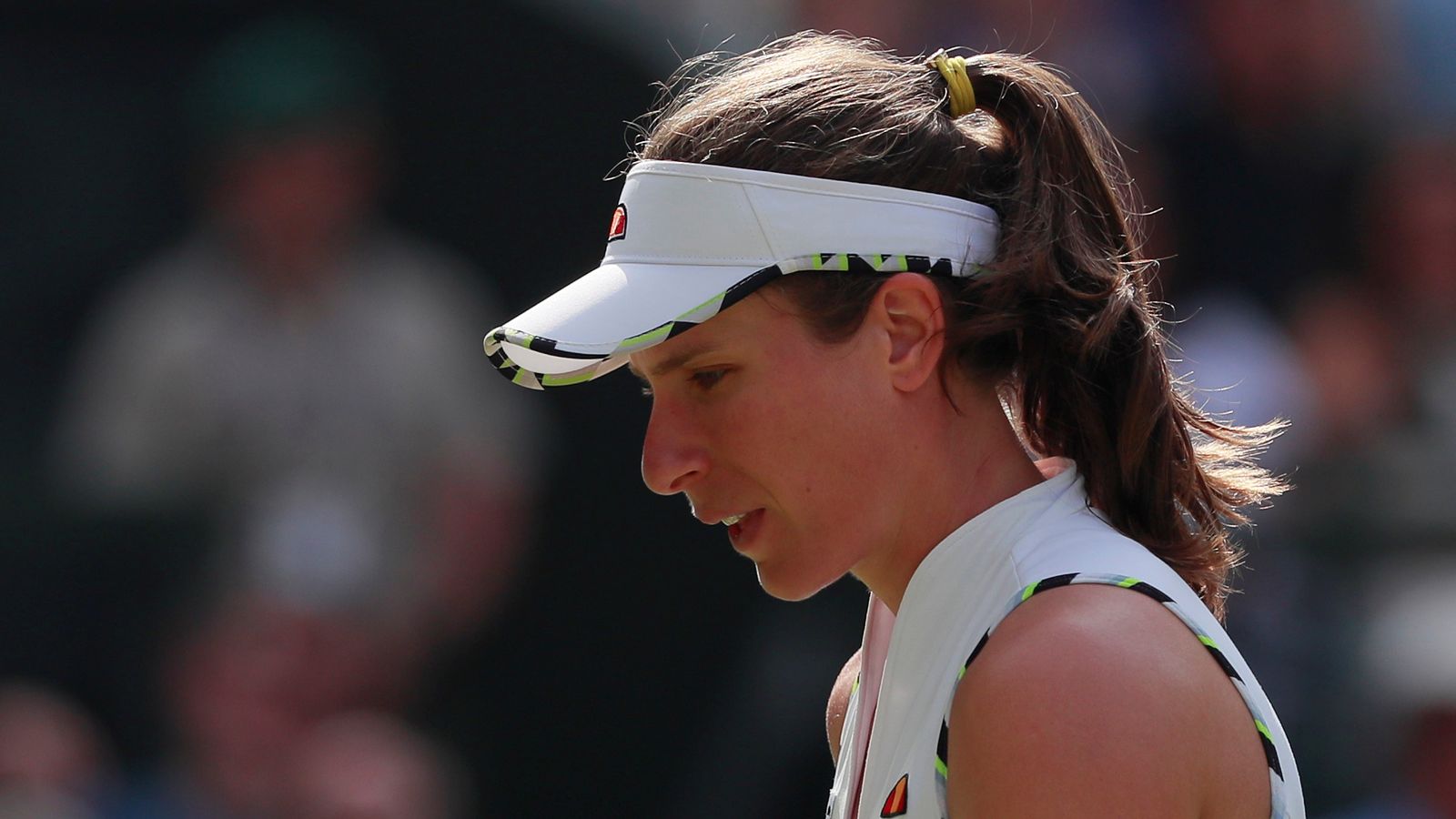 British number one Johanna Konta has been forced to withdraw from Wimbledon after a member of her team tested positive for coronavirus.

The tennis star, who was seeded 27th, now has to self-isolate for 10 days, in line with COVID rules, and will be replaced in the women’s singles by lucky loser Yafan Wang of China.

A member of Konta’s team showed COVID symptoms on Sunday morning and a PCR test then returned a positive result.

As a close contact of a coronavirus case, the player is out of the grass court tournament which begins on Monday. She has not tested positive.

The star, who reached the semi-final in 2017, was due to play Katerina Siniakova in the first round on Tuesday.

Her withdrawal is a huge blow to the 30-year-old who won the Nottingham title earlier this month.

Wimbledon was cancelled last year because of the pandemic and this year’s tournament is being held under strict COVID protocols with all players in a bio-secure bubble.

Unlike in normal years they are all staying in a central London hotel and their entourage is limited to three people.

Konta was in the bubble with her fiance Jackson Wade, her coach Dan Smethurst and her strength and conditioning coach Gill Myburgh.

The All England Club said in a statement: “A member of Johanna Konta’s team presented with COVID-19 symptoms this morning, and immediately isolated and undertook a PCR test in accordance with The Championships’ testing protocols.

“A positive result was returned which resulted in the AELTC, together with Public Health England, identifying Johanna Konta to be a close contact.

“In line with government legislation, she is required to self-isolate for 10 days and therefore is withdrawn from The Championships.

“Both Johanna and her team member had tested negative on all their previous tests undertaken within The Championships’ protocols. Both individuals were advised of the positive test and close contact classification and are now self-isolating for the next 10 days.”

For the start of the competition, crowd numbers are capped at 50% as part of a government-approved ‘pilot event’ for the safe return of fans to sporting venues.

With scattered downpours forecast on Monday, players due to compete on the opening day may be forced off court.

However, not those on Centre Court and Number One Court as they both have a roof.

From Wednesday onwards, the forecast is for pockets of rain which will ease, with it becoming dryer and brighter heading into next weekend.

Senior meteorologist at the Met Office Steven Keates said: “For the rest of the week it looks as though high pressure will stick around, influencing the weather over much of northern and central Britain and Ireland, but southern England, and particularly the South East, will remain at risk of further showers.

“With a broadly easterly flow, North Sea coasts will often be cooler and sometimes cloudier, with the best of the sunshine and the warmth in the sheltered west.”