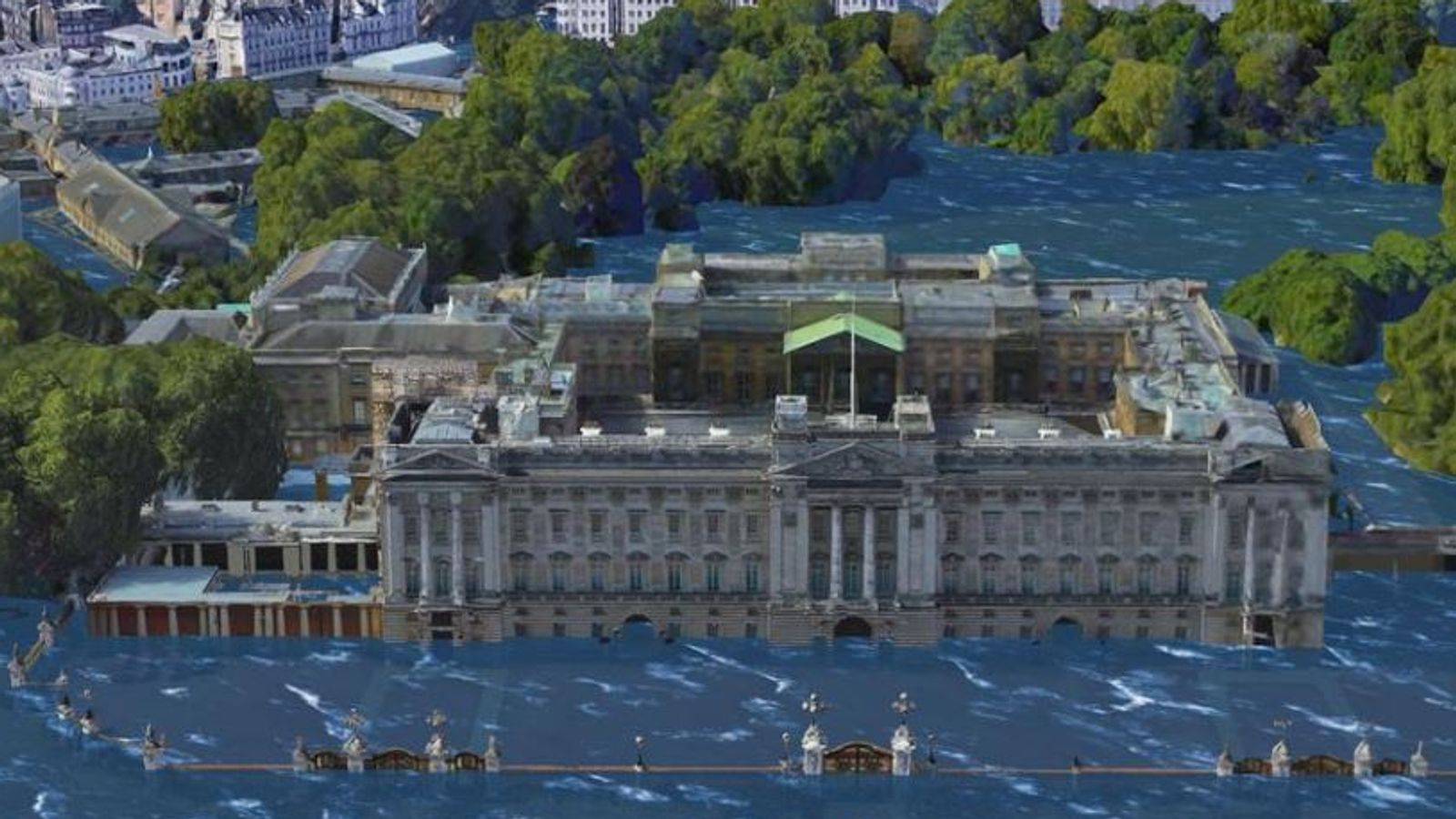 Buckingham Palace is among the world sites pictured surrounded by water in stark projections showcasing the potential impact of rising sea levels.

Images modelled by an environmental campaign group show how the sea level could encroach on cities like London under the current climate change path of 3C (shown on the right below).

The left-hand picture compares this with a 1.5C rise if “deep and immediate” cuts to carbon emissions are made – dropping to roughly half of today’s annual emissions by 2030.

You can slide between the two projections.

Climate Central’s peer-reviewed study is published in the journal Environmental Research Letters and comes less than a month before the COP26 UN climate change conference.

The Glasgow meeting is seen as a vital opportunity to agree tougher action to limit how much the Earth will warm in the years ahead.

Written in collaboration with researchers at Princeton University and the Potsdam Institute for Climate Impact Research, the study says hundreds of coastal cities and land where up to one billion people live are at stake.

It says – on current trends – about 50 major cities will need to mount “unprecedented” defences” or “lose most of their populated areas to unremitting sea level rise lasting hundreds of years”.

The campaign group says that while climate and energy choices in the coming decades “could set the destination”, the exact timing of sea level rises are difficult to project and “may take hundreds of years to be fully realized”.

The projected effect on more global cities can be viewed using the Picturing Our Future site.

Climate Central says 3C of warming could mean about 10% of the global population (more than 800 million people) could be affected by a rising high-tide line.

And it warns that many small island nations could even be totally submerged.

The group says hitting such targets could “reduce exposure by roughly half” and do away with the need for untested flood defences or abandoning some coastal cities.

Attention is now turning to COP26 – which runs from 31 October to 12 November.

Countries are being asked to show up with ambitious emissions targets for 2030 that align with reaching net-zero by the middle of the century, with the goal of keeping the 1.5C target within reach.

To meet the targets above, COP’s organisers say countries must focus on four areas:

Accelerating the phase-out of coal; curtailing deforestation; speeding up the switch to electric vehicles; and encouraging investment in renewables.