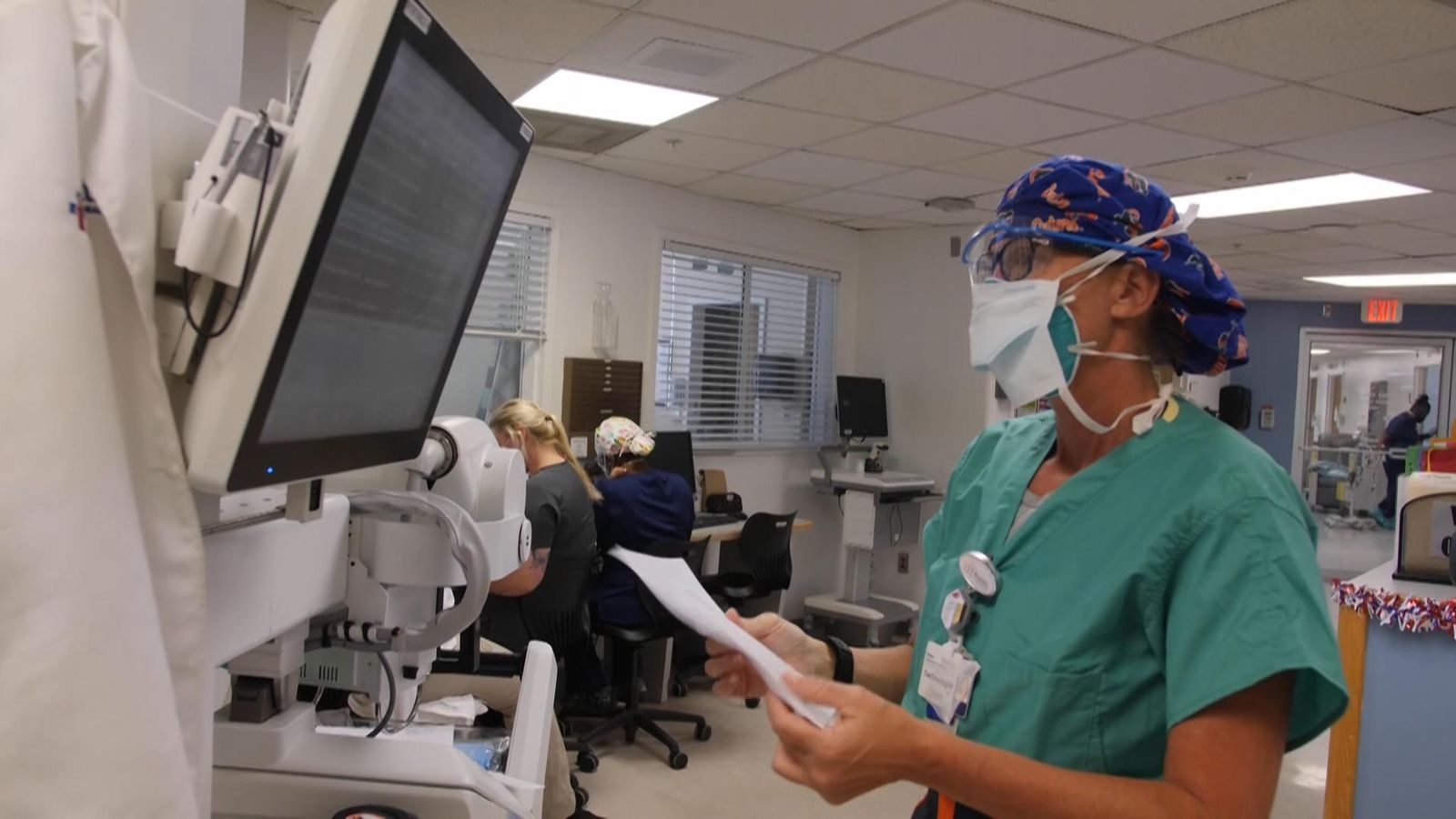 Scientists advising the government expect COVID-19 deaths and hospital admissions in the UK to fall for the rest of August, despite the reopening of the economy at the end of July.

Projections from modelling committee SPI-M, released by the government on Friday, suggest that deaths and hospital admissions will continue to decline across the country until around 25 August.

The projections, which are based on trends in the data up to 2 August, have a large range of possible outcomes and the scientists on the committee stress they are “not forecasts or predictions”.

Recently, modelling indicated that “Freedom Day” would produce a big spike in cases, leaving scientists surprised when that did not happen.

Nevertheless, these latest projections will give ministers confidence that vaccinations are holding back the worst effects of the virus, even in the absence of restrictions on movement.

The projections show hospital admissions falling under every possible scenario in most regions of England, although the scientists suggest it is possible that London and the South-East might see a small rise.

Deaths are also expected to remain low in every region of the country, either levelling off or – in the central estimate for most regions – falling.

However, scientists cautioned that modelling could not predict the future and that the situation could still get worse, especially after schools and universities return in September.

“I would expect to see a rise in cases, a ‘fourth’ wave,” said Professor James Naismith, Director of the Rosalind Franklin Institute, and the University of Oxford.

“I do not know the size of any new increase nor do I put much faith in those that claim with certainty to ‘know’.

“Responsible modellers do always state caveats and there is particular uncertainty about the trajectory at the moment given the very new circumstance we find ourselves in.”

Dr Simon Clarke, Associate Professor in Cellular Microbiology at the University of Reading, said this showed the power of the vaccine to prevent severe illness, but warned that their imperfections and the impact of long COVID meant that the virus could still severely stress the NHS.

“We are seeing an early sense of what living with COVID-19 looks like,” he said.

“As restrictions are lifted and the economy rebounds, we are ‘running hot’ when it comes to managing COVID spread.

“Wider rollout of the vaccine may reduce infections, but high case numbers still place an unnecessary burden on the NHS.”

Further data released today by the ONS showed the number of people social distancing had fallen for the third consecutive week, with 49% reported to be maintaining distance this week, compared to 53% last week and 61% the week before that.

People’s decisions around social distancing are one of the factors that can confound attempts to forecast the course of the pandemic.

The SPI-M committee says its existing projections “will not fully reflect the impact of policy or behavioural changes over the past two to three weeks” and further changes in behaviour will be even more unpredictable.