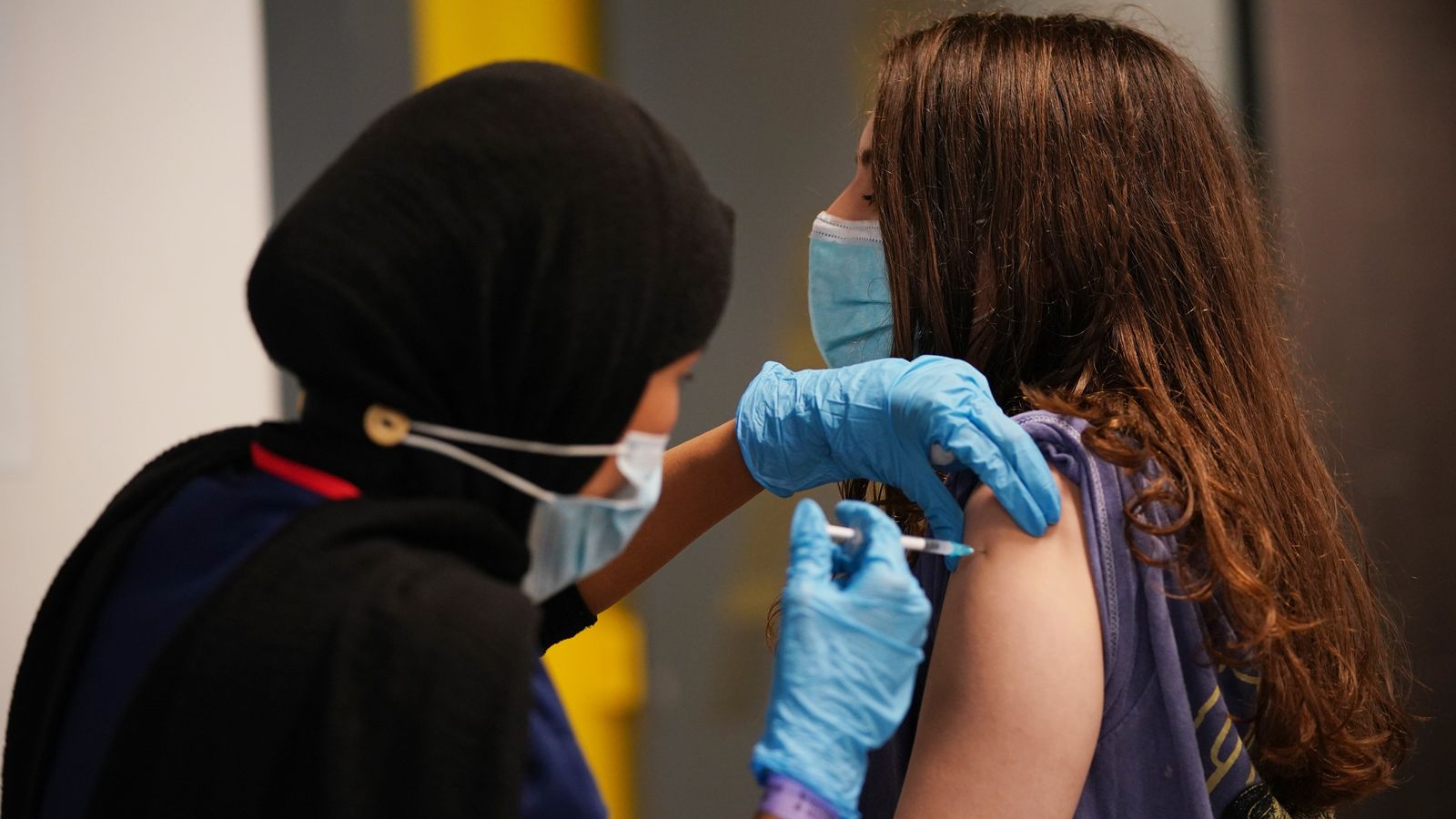 Coronavirus levels in people with the Delta variant are similar regardless of whether or not they’ve been vaccinated – and it may have implications for infectiousness, early analysis suggests.

Public Health England’s (PHE) said initial findings suggested “levels of virus in those who become infected with Delta having already been vaccinated may be similar to levels found in unvaccinated people”.

“This may have implications for people’s infectiousness, whether they have been vaccinated or not,” it added.

It stressed it was “early exploratory analysis” and that more targeted studies were needed to give confirmation.

Sky’s health correspondent Ashish Joshi said PHE’s language was cautionary with a number of caveats such as “early exploratory findings”.

But he said if the findings are confirmed, it could have” huge implications for transmissibility” as “data has consistently shown the vaccine slows down and should, effectively, stop the spread of the virus”.

“But if the vaccine only blocks transmission by, say, 50% you’ll never get herd immunity even with a 100% vaccine uptake.”

The Delta variant, which originated in India, remains dominant in the UK and accounts for approximately 99% of cases, said PHE in its latest variant briefing.

New hospitalisation data confirm again that vaccines, while providing high levels of protection, are not 100% effective.

“We must also remember that the vaccines do not eliminate all risk: it is still possible to become unwell with COVID and infect others,” said Dr Jenny Harries, head of the UK Health Security Agency.

An update on a recent “variant under investigation” was also given by PHE.

VUI-21JUL-01, or B.1.621, was flagged up by the health body on 21 July after apparently spreading to several countries and also producing mutations.

There were 37 confirmed cases in England by 4 August, said PHE.

Cases have been detected across six English regions, with most in London.

“There is preliminary laboratory evidence to suggest that vaccination and previous infection may be less effective at preventing infection with VUI-21JUL-01,” said PHE.

“However, this data is very limited and more research is required. There is no evidence to suggest that VUI-21JUL-01 is more transmissible than the dominant Delta variant.”