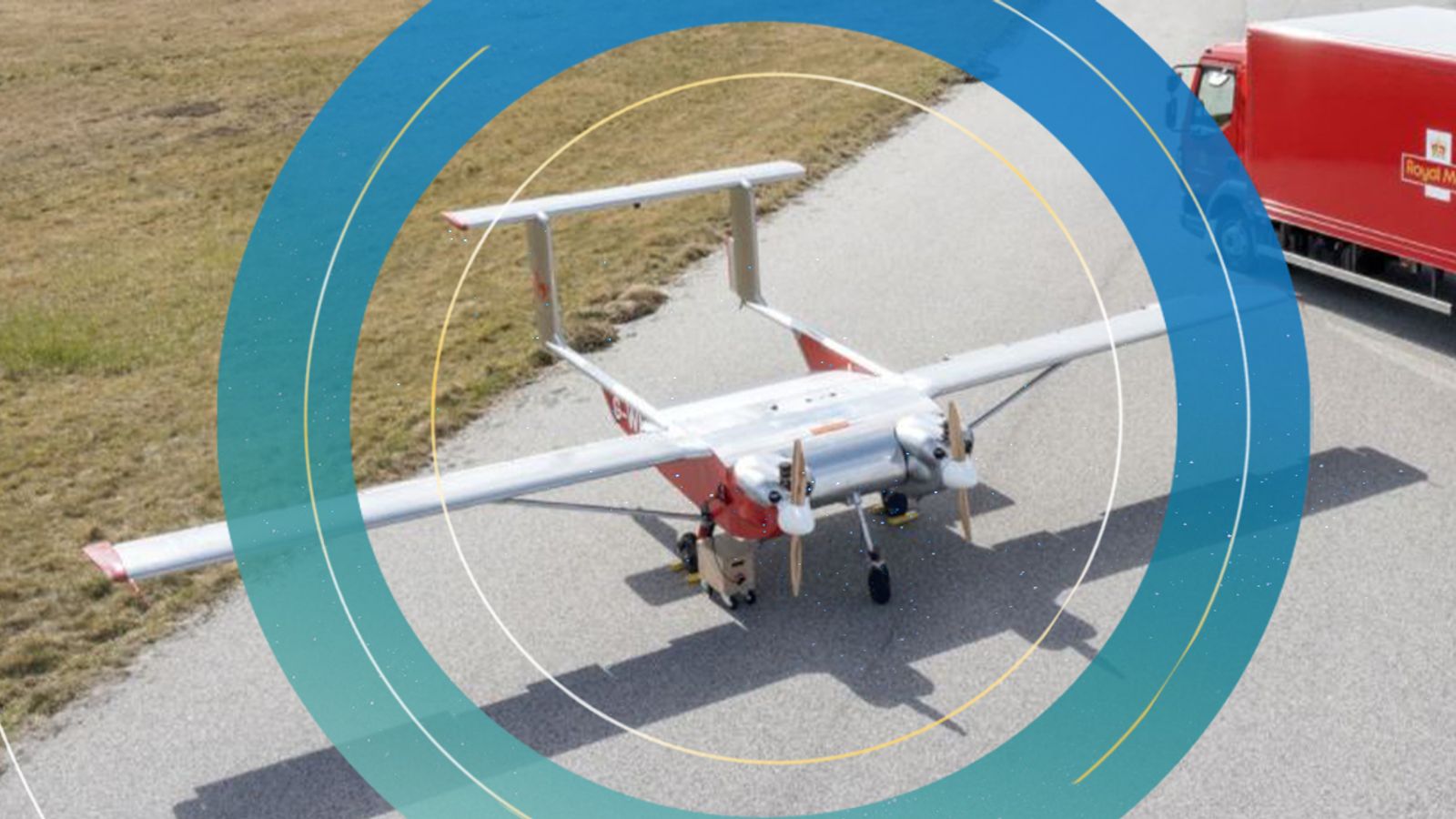 Drones are being used to deliver post to a remote island in a Royal Mail trial as part of moves to reduce carbon emissions.

A two-week trial of scheduled, autonomous flights between Kirkwall and North Ronaldsay in the Orkney Islands is now under way.

The mail is being carried by a large, twin-engine, UK-built unmanned aerial vehicle (UAV) named Ultra which can transport 100kg of post of all shapes and sizes – equivalent to a typical delivery round.

Letters and parcels will be delivered by the local postman in the usual way when they reach the island, which is further north than the southern tip of Norway and is home to around 70 people.

The trial – with Windracers Ltd – is part of the Sustainable Aviation Test Environment (Sate) project based at Kirkwall Airport.

Nick Landon, chief commercial officer at Royal Mail, said: “The trialling of drone technologies is just one of the ways we are supporting our postmen and postwomen to deliver an amazing service, while reducing our carbon emissions.”

If successful, the technology will be considered by Royal Mail to support postmen and postwomen in delivering to very remote areas and addresses across the UK.

UAVs can fly in poor weather conditions, including fog, because they are uncrewed, and unlike boat services they are not affected by tides.

Sarah Moore, local postwoman for North Ronaldsay, said: “North Ronaldsay is a very remote area of the UK and I’m proud to be involved in an initiative that will help Royal Mail to do all we can to keep all areas of the UK connected.”

Charles Scales, CEO at Windracers, said the firm is “delighted” to be operating one of its Ultra UAVs to North Ronaldsay for Royal Mail.

“Our autonomous system will deliver an all-weather service for the community and significantly lower carbon emissions.”

This is the third drone trial that Royal Mail has taken part in over the last year.

In December 2020, Royal Mail delivered a parcel via drone to a remote lighthouse on the Isle of Mull, which it said was a first for a nationwide UK parcel carrier.

In May 2021 it trialled an out of sight drone parcel delivery with Windracers Ltd, and the first inter-island deliveries on the Isles of Scilly which it also described as UK firsts.

The trial between Kirkwall and North Ronaldsay began on Monday and runs until Friday 15 October.