Quarantine-free travel for fully-vaccinated ‘absolutely something’ government working on 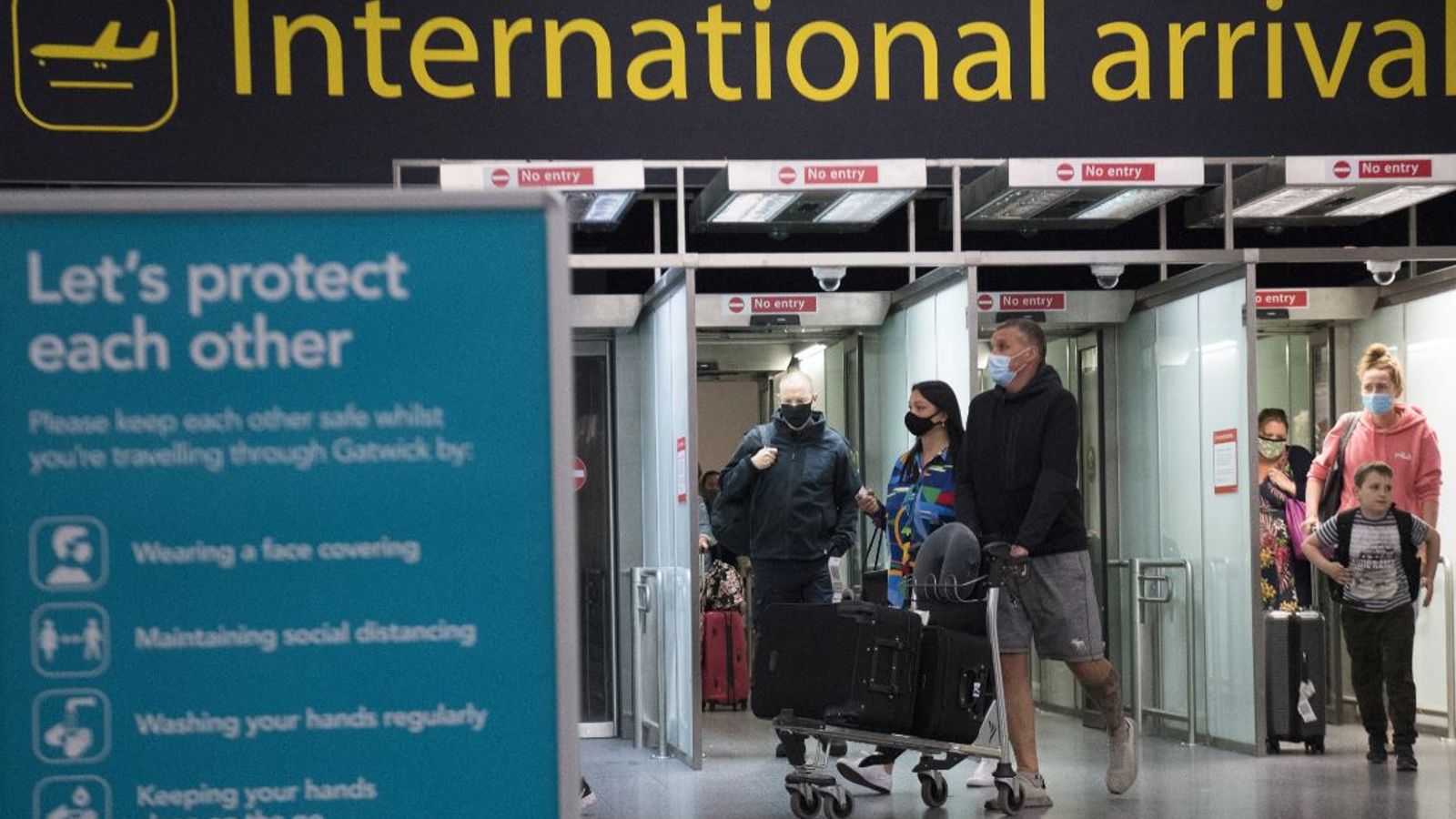 Quarantine-free travel to amber list countries for people who have been fully vaccinated is “absolutely something” the government is “working on”, the health secretary has told Sky News.

“This hasn’t been clinically advised yet, we’re working on it,” Matt Hancock said.

“When I’m in a position to be able to say something then we will do,” he continued.

“But it’s absolutely something we’re working on and it’s something I want to see.”

The health secretary said the government was “working on plans to essentially allow the vaccine to bring back some of the freedoms that have had to be restricted to keep people safe”.

He added: “After all, that’s the whole purpose of the vaccination programme, that’s why it’s so important that every adult goes out and gets the jab.”

Mr Hancock’s comments come after The Times reported that ministers are set to announce a change to England’s travel restrictions as soon as Thursday.

According to the newspaper, fully-vaccinated people returning from amber list countries would not need to quarantine at home for 10 days from August.

This would mean people who have had two jabs could travel to countries like France, Italy, Spain, Portugal, Greece and the United States and not have to self-isolate when they get back.

Mr Hancock did not say when such a move would be introduced, telling Sky News: “We’ll get there when it’s safe to do so, we want to do this right.”