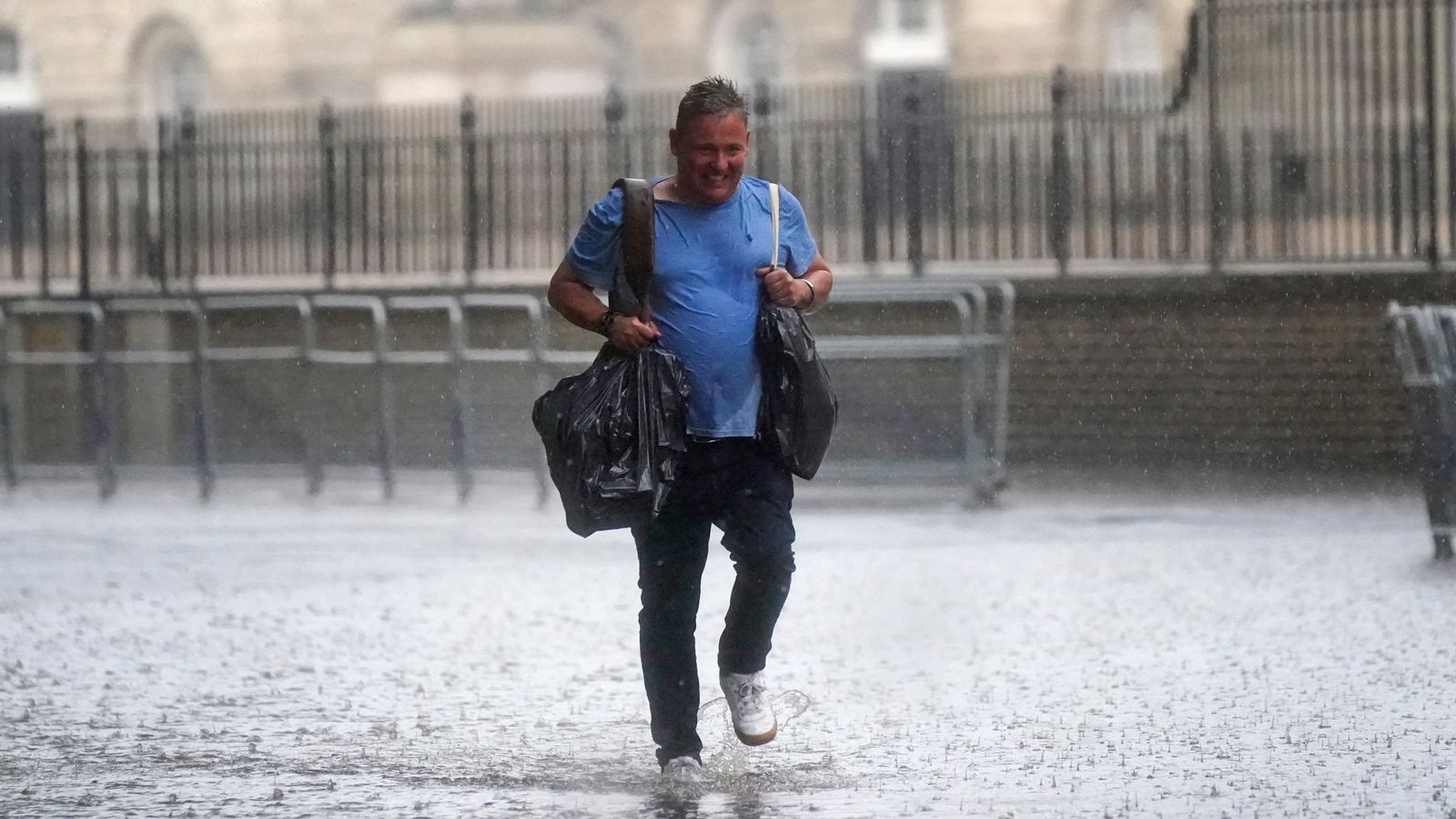 Thunderstorms could bring lightning, hail and heavy rain to parts of the UK this weekend, after a grey and wet start to August.

The Met Office has issued a yellow thunderstorm warning for Northern Ireland, North Wales, northern England and up into central Scotland until midnight on Saturday, with heavy showers potentially causing travel disruption and flooding in a few places.

Weather forecast for your area over the next few days

Forecasters said some areas could see 20 to 30mm of rain over the space of an hour on Saturday after 40 to 60mm of rain fell in parts on Friday.

Met Office forecaster Greg Dewhurst said: “The reason for this is low pressure is in charge of the UK’s weather at the moment – it’s a very slow-moving area of low pressure, so it’s not going anywhere quickly.

“It’s leading to bands of heavy showers and thunderstorms which you have seen through the course of Friday, and we have seen flooding in places too.

“This is going to continue through the weekend, particularly across the northern half of the UK where the showers will be slow-moving compared to southern areas, where it’s a little bit windier.”

While there will be sunny spells among the showers, temperatures are set to be on the cooler side for this time of year, predicted to be in the high teens to low 20s.

Conditions on Sunday are set to be similar, with further downpours forecast for central and northern areas of the UK, more weather warnings expected and temperatures peaking at 21C to 22C.

Southern parts of England and Wales will be drier until later in the day, when heavy rain showers will move in for the evening, according to forecasters.

Sunshine and further heavy showers are forecast for Monday but are expected to ease for a drier and brighter Tuesday.