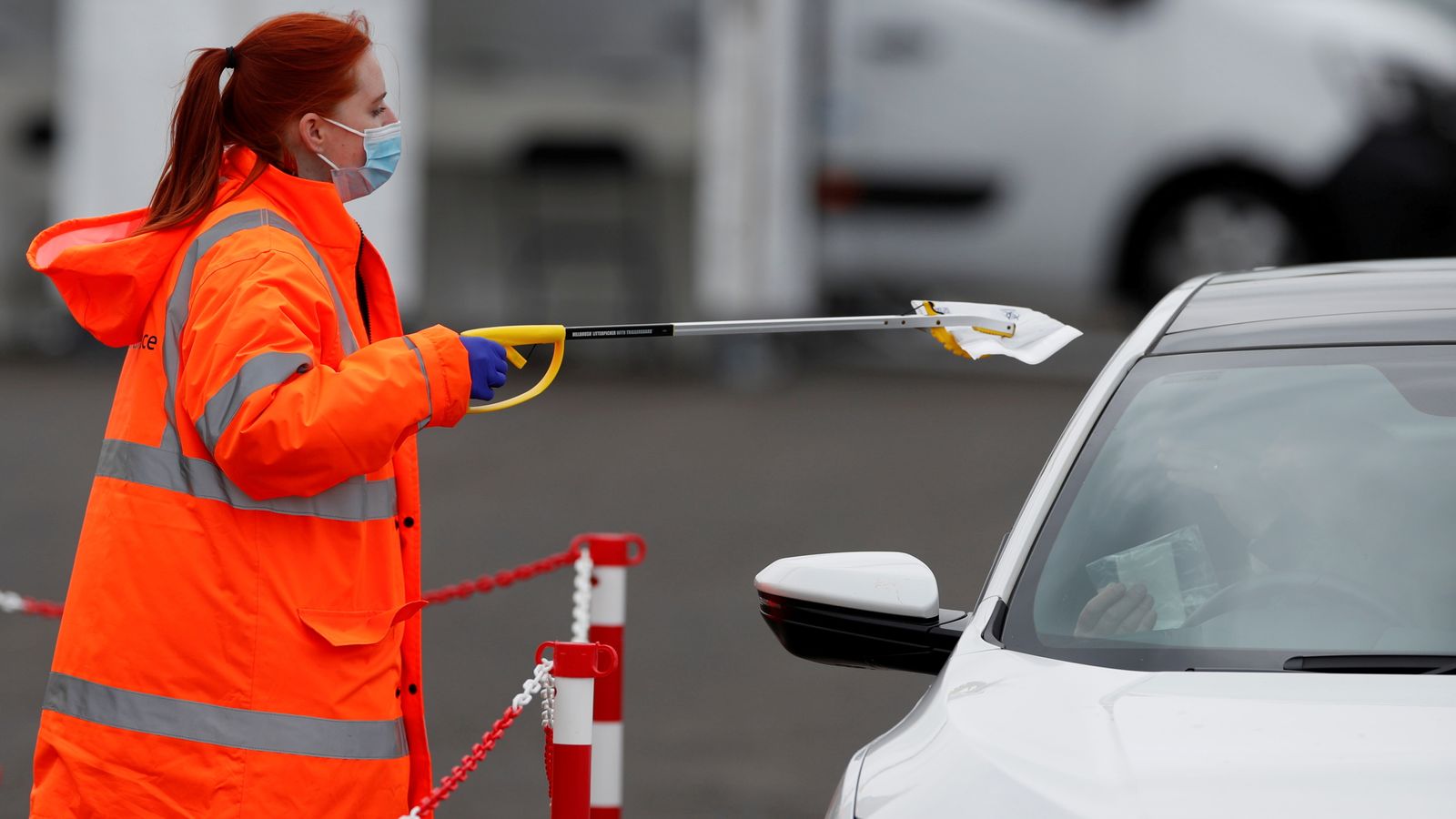 The UK has recorded 39,950 new COVID cases and 19 more coronavirus-related deaths in the latest 24-hour period, according to government data.

The figures compare with 48,161 and 25 deaths announced on Sunday while 34,471 infections and six fatalities were reported this time last week.

It comes as Downing Street said the prime minister was already at his country retreat when he was contacted by NHS Test and Trace and told to isolate.

According to Boris Johnson’s official spokesman, he was contacted by NHS Test and Trace while at Chequers this weekend after Health Secretary Sajid Javid tested positive for COVID-19.

He confirmed Mr Johnson has been tested and is negative for coronavirus.

After it was revealed that the PM and chancellor had been identified as close contacts of Mr Javid, the government announced that the pair would take part in a pilot scheme which sees isolation replaced by daily testing.

But there was a swift U-turn following a backlash, with Mr Johnson and Mr Sunak now isolating.

And with the ending of most restrictions in England, people who are at high risk of catching the virus have urged the government to give “more thought” to the vulnerable community.

Restrictions such as limits on gatherings and social distancing, as well as face coverings, will no longer be legal requirements, although masks in certain spaces – including supermarkets and on public transport – is still being encouraged.

There are around 3.8 million clinically vulnerable people in England with many saying they will do what they can to keep themselves and others safe – while charities have criticised the government for the blanket easing of coronavirus restrictions.

Blood Cancer UK tweeted: “We urge the public to continue wearing face masks in public… because it’s not freedom day for everyone.”